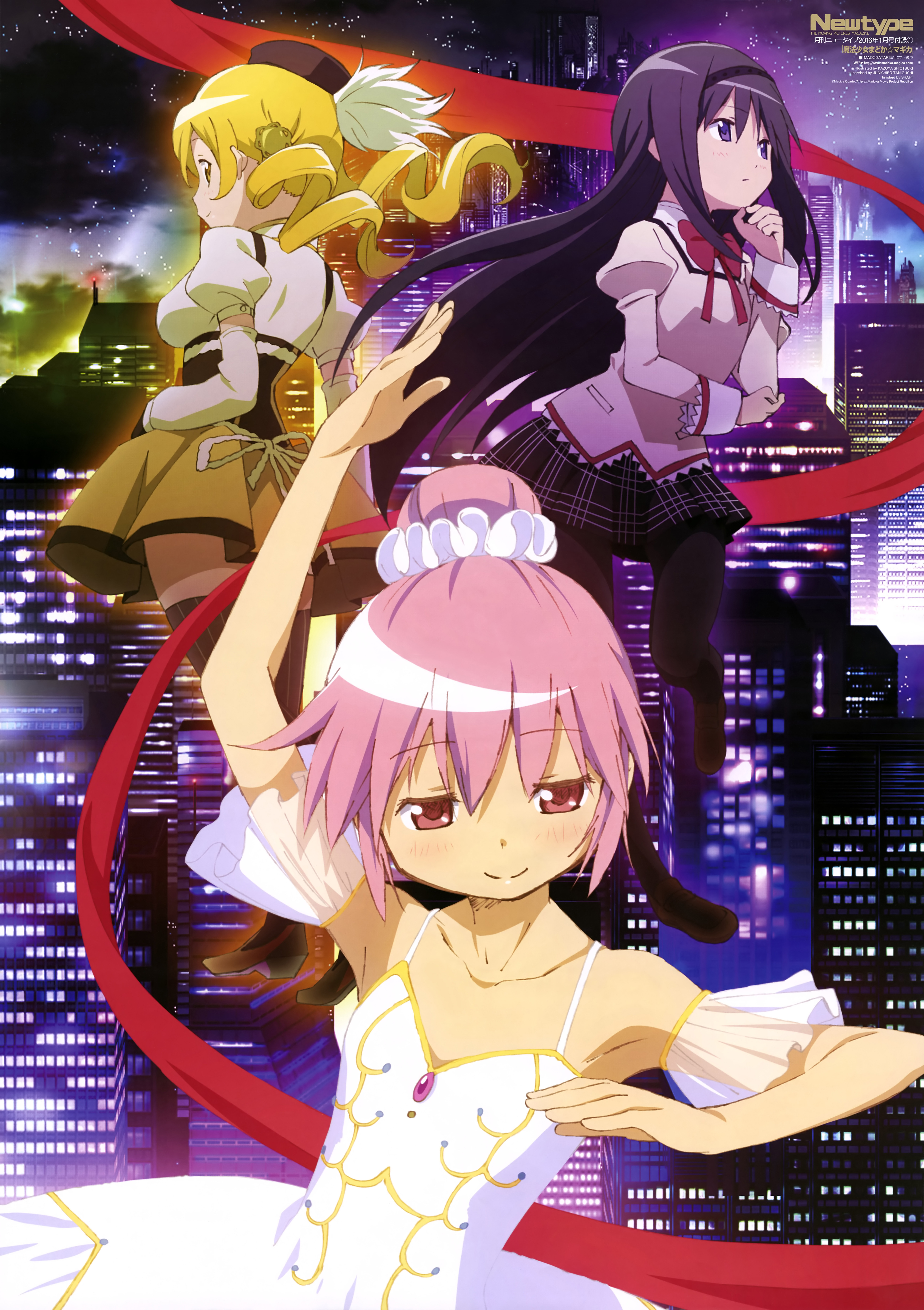 Also in this issue featured an interview with SHAFT representative director and president Mitsutoshi Kuboto and it unveils more details on the Mahou Shoujo Madoka Magica concept movie which was recently shown at SHAFT’s 40th anniversary “Madogatari” exhibit last month. Kubota is credited as the producer for the project. He confirms that the project will not end with just the concept movie, but will launch a brand new Mahou Shoujo Madoka Magica project.