At the end of the final episode of the anime adaptation of the Hiromu Arakawa’s manga adaptation of Yoshiki Tanaka and Yoshitaka Amano’s Arslan Senki (The Heroic Legend of Arslan) novel, it was announced that a new anime adaptation of Nakaba Suzuki’s Nanatsu no Taizai (The Seven Deadly Sins) is being produced for 2016. 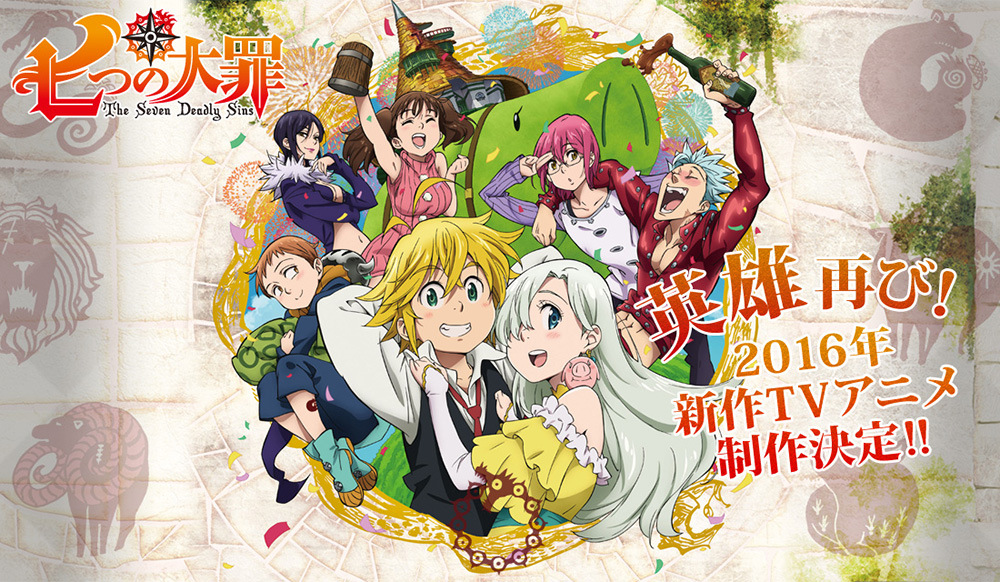 A brand new anime adaptation of Nanatsu no Taizai has been announced. The TV anime itself will be airing in 2016 and will continue with returning cast and staff members. Despite this, there hasn’t been a official confirmation whether it would be a direct second season. The first season of the anime itself aired in October last year for a total of 24 episodes.

The main cast of the first anime will return for the 2016 series:

The anime’s staff returning from the first series includes:

Here is the announcement commercial for the 2016 Nanatsu no Taizai anime: 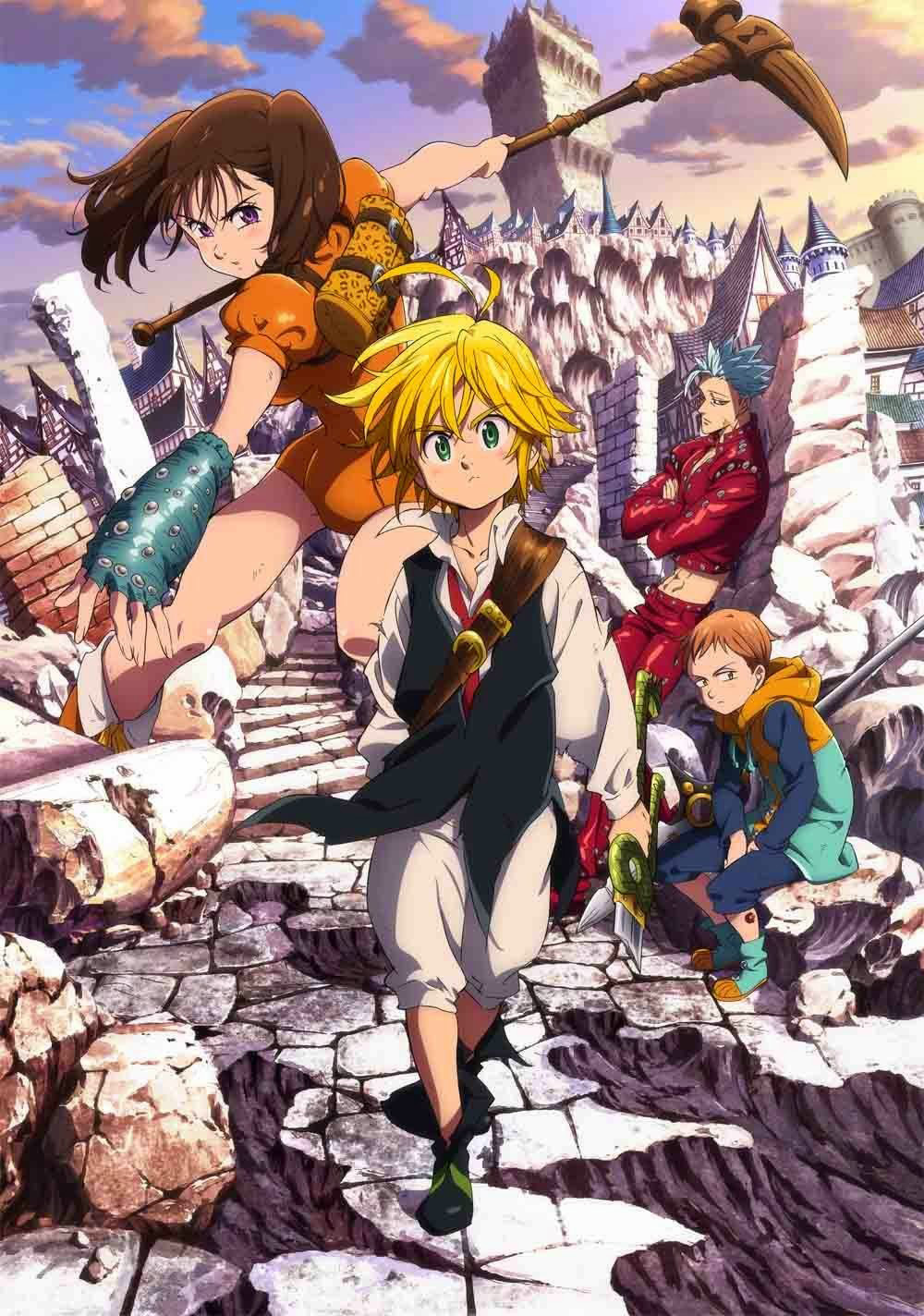 The Seven Deadly Sins (Nanatsu no Taizai) is a Japanese manga series written and illustrated by Nakaba Suzuki. It has been serialized in Kodansha’s Weekly Shounen Magazine since October 2012, with the chapters collected into ten tankobon volumes as of June 17, 2014. The manga features a setting similar to the European Middle Ages, with its titular group of knights representing the seven deadly sins.

As of August 2014, The Seven Deadly Sins had over 5 million copies in circulation. It is currently being adapted into a television anime by A-1 Pictures that will debut on October 5, 2014. The manga has been licensed by Kodansha ComicsUSA for English publication in North America, while the chapters are released digitally by Crunchyroll in over 170 countries as they are published in Japan.

A brand new anime adaptation of Nanatsu no Taizai is being produced and is scheduled to air in 2016. Further information about the new anime will be revealed in the upcoming months.