The official site for the new original TV anime series The Rolling Girls has been launched. The anime series is set to air in 2015 and will be animated by WIT Studio (Hal, Hoozuki no Reitetsu, Shingeki no Kyojin). The cast has been announced along with a TV spot video. More information will be announced in the following weeks. 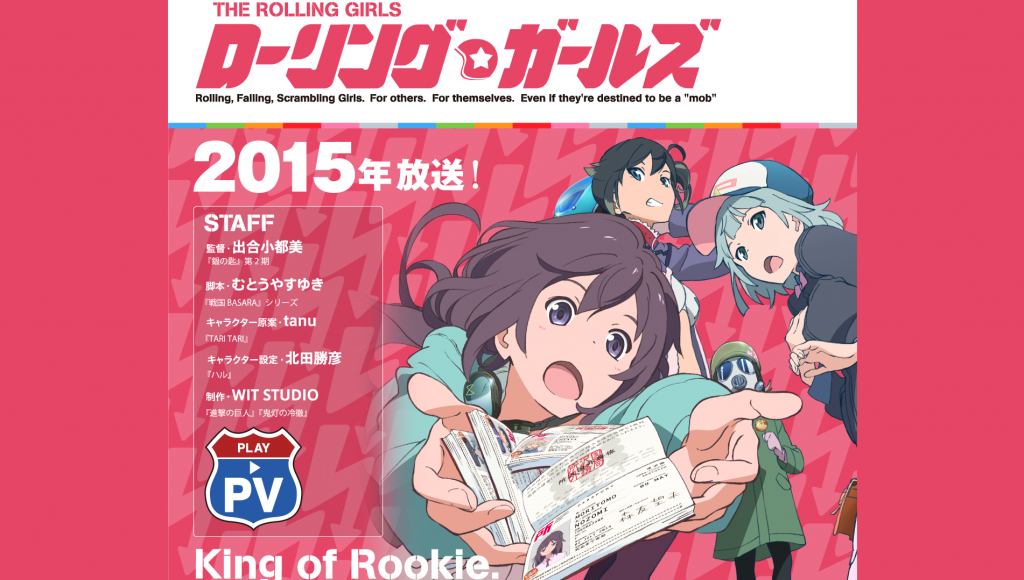