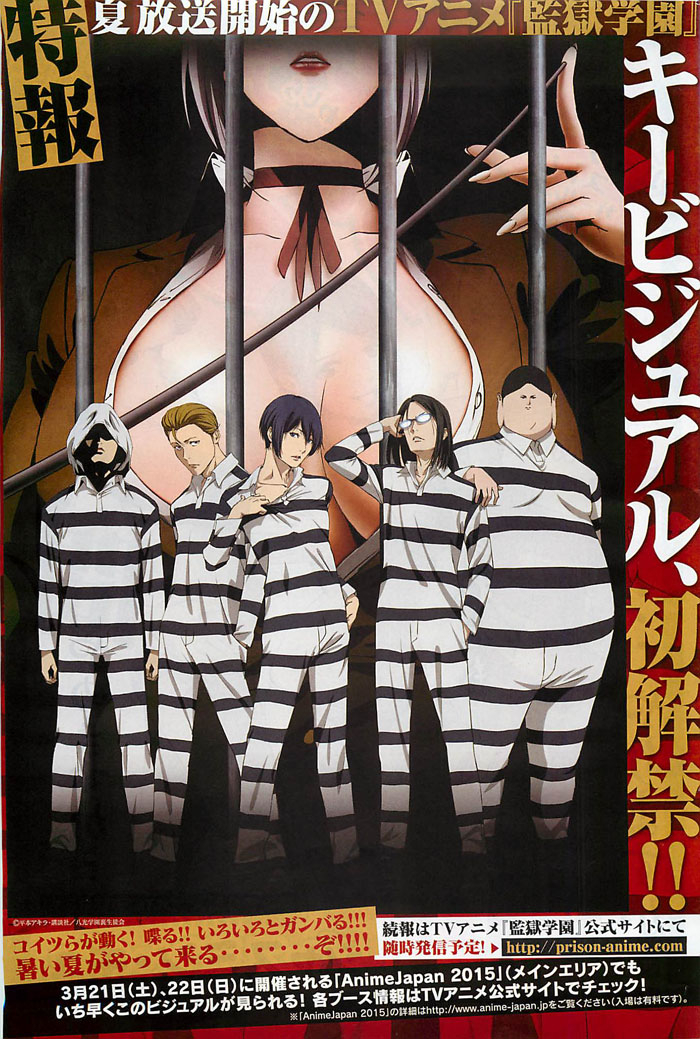 It was also revealed on a wraparound jacket band on 16th manga volume of Akira Hiramoto’s manga series Prison School (Kangoku Gakuen) that the TV anime adaptation of the manga will premiere this summer. 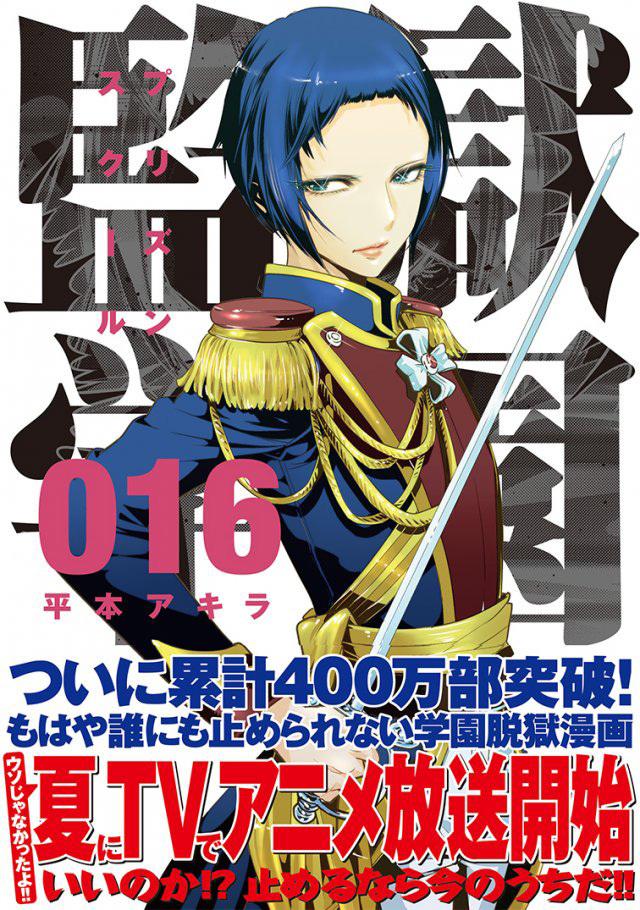