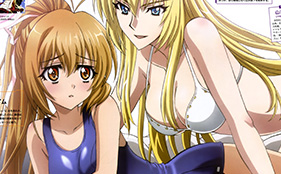 A new visual for the the television anime of the Muv-Luv Alternative spinoff novel Schwarzesmarken has been featured as a double page spread in the March 2016 issue of Animedia. You can purchase this issue here (get 5% off with coupon code MOE-N3Y-4YW0QK). 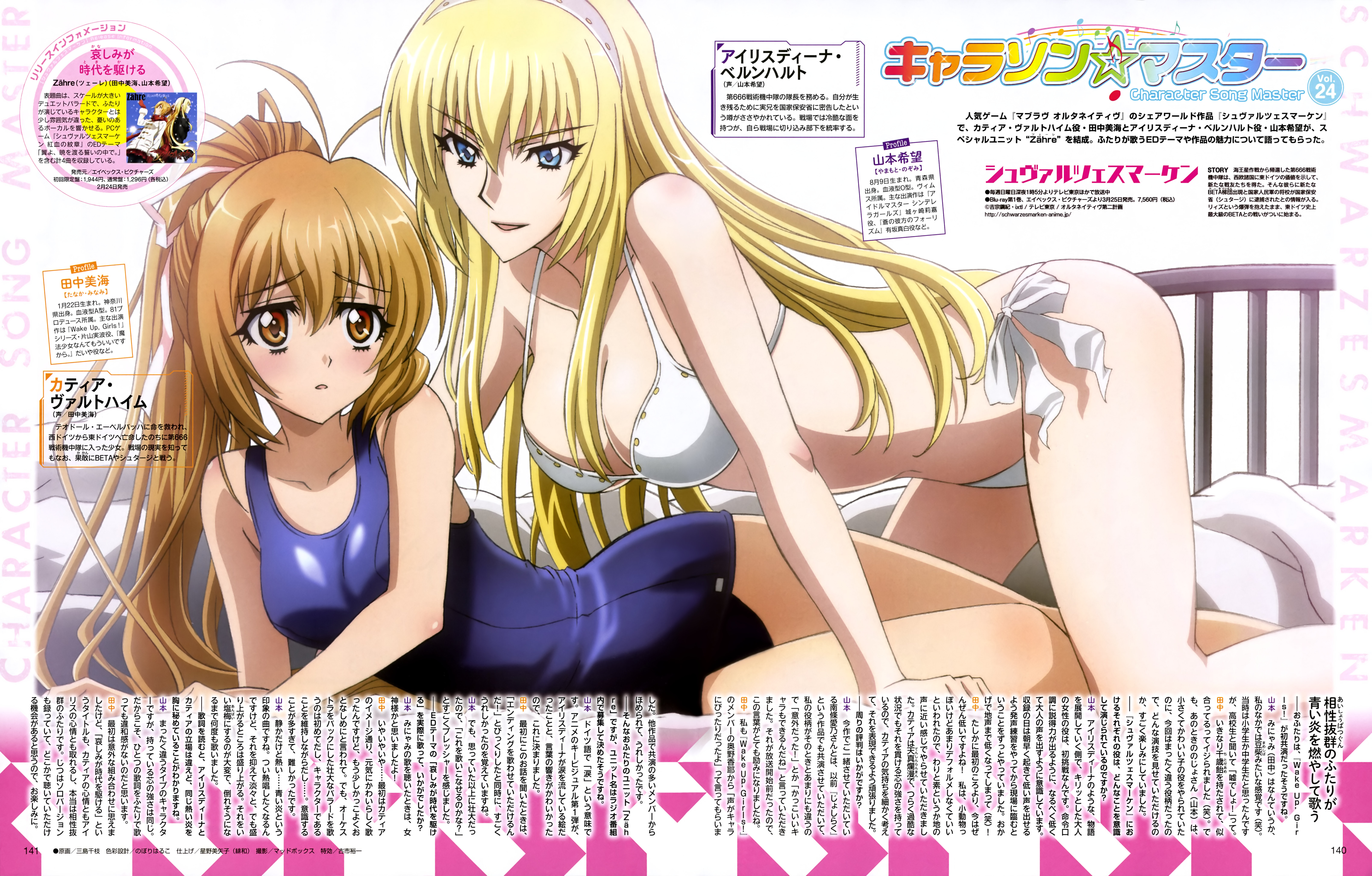 Irisdina Bernhard and Katia Waldheim have also been featured as a double page spread in the February 2016 issue of Dengeki G‘s Magazine. You can purchase this issue here (get 5% off with coupon code MOE-N3Y-4YW0QK).

Schwarzesmarken is a series set in the Alternative universe, during the early years of the BETA invasion. It replaced theMuv-Luv Alternative Total Eclipse serialization in the Tech Gian magazine. The series is written by Hiroki Uchida and illustrated by CARNELIAN.