Home Anime New Shokugeki no Souma Visual Is Cooking up a New Recipe for...

A new visual for the anime adaptation of Yuuto Tsukuda and Shun Saeki’s Shokugeki no Souma (Food Wars: Shokugeki no Soma) has been featured as a poster in the September issue of Animedia. You can purchase the Animedia magazine here. 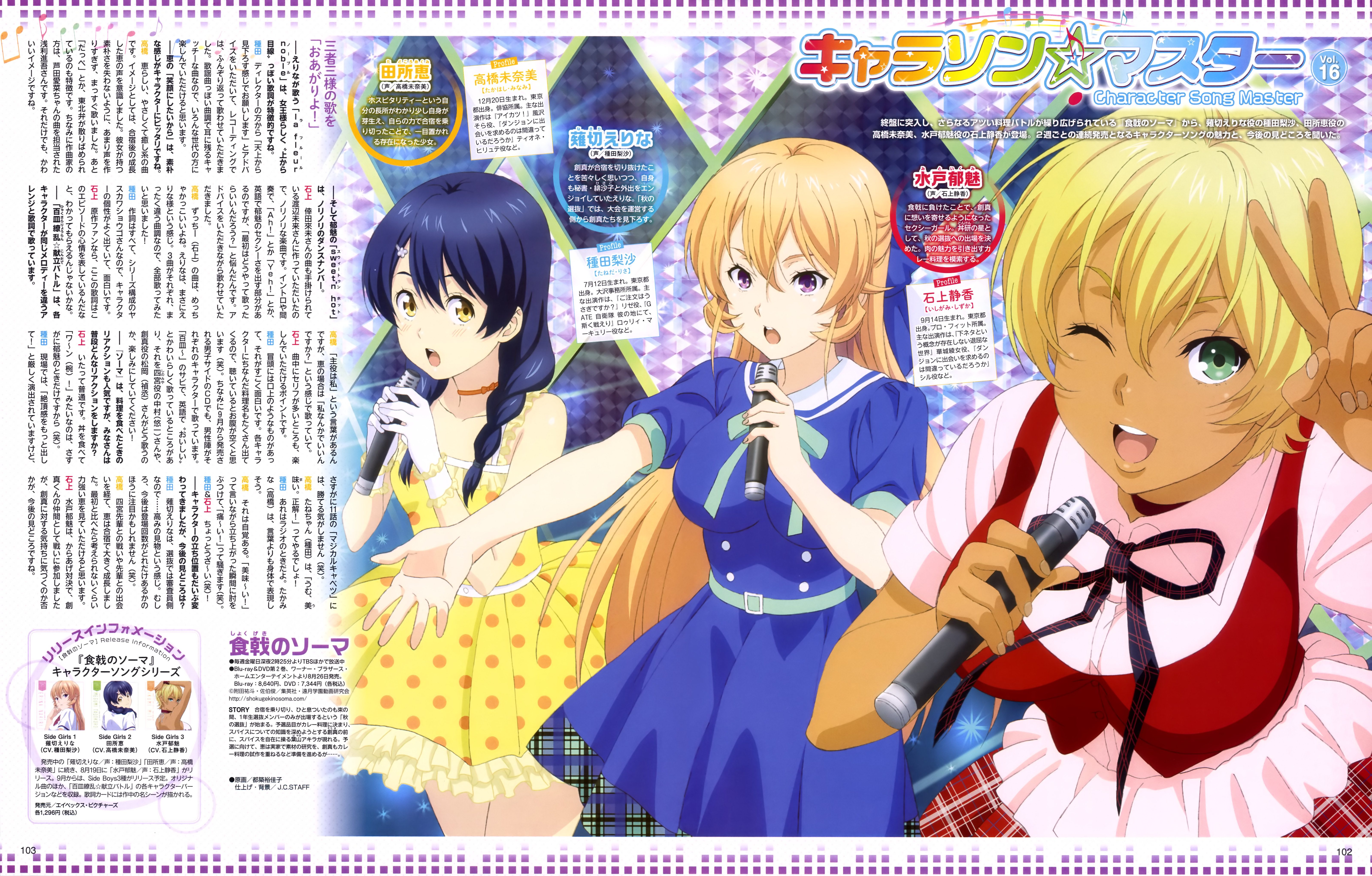