Marvelous began streaming new promotional videos for the upcoming Tokyo Ghoul: Pinto OVA on Sunday. The OVA will adapt the third story in the Tokyo Ghoul: Hibi novel when Shuu Tsukiyama and Chie Hori met. It is scheduled to release on December 25th and comes with an original CD including a special edition of its radio show “GuruRadi” hosted by Natsuki Hanae, Mamoru Miyano and Megumi Han. In addition, the special set of the first press edition also contains a 10-song vocal album CD. 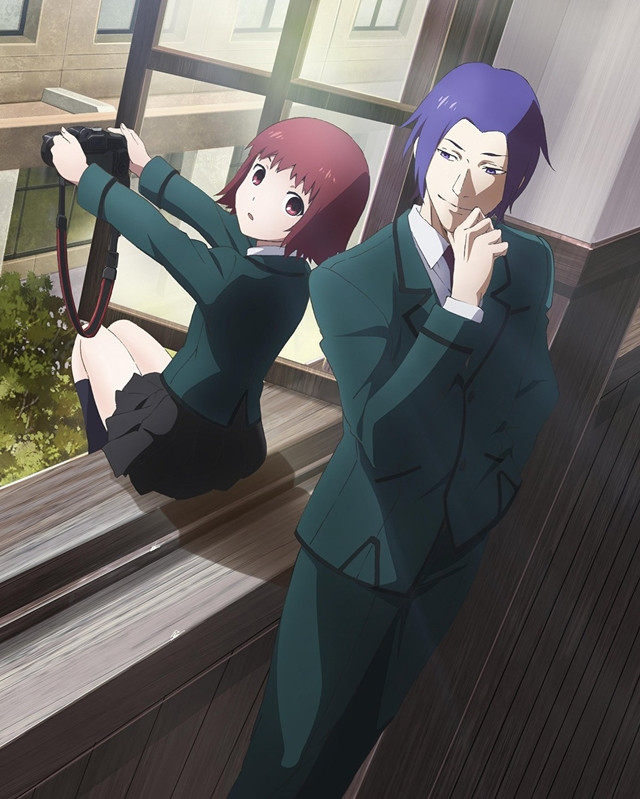 A 12-episode anime television series adaptation by studio Pierrot aired on Tokyo MX between July and September 2014. A 12-episode second season, Tokyo Ghoul √A, which follows an original story, began airing on January 8, 2015 and concluded on March 26, 2015.