A new visual for BONES’ (Fullmetal Alchemist: Brotherhood, Darker than Black: Kuro no Keiyakusha, Noragami) upcoming anime adaptation of Kafka Asagiri (Shionomiya Ayane wa Machigaenai.) and Hirukawa35’s supernatural manga, Bungou Stray Dogs, has been revealed in the February 2016 issue of NewType. You can purchase this issue here (get 5% off with coupon code MOE-N3Y-4YW0QK). 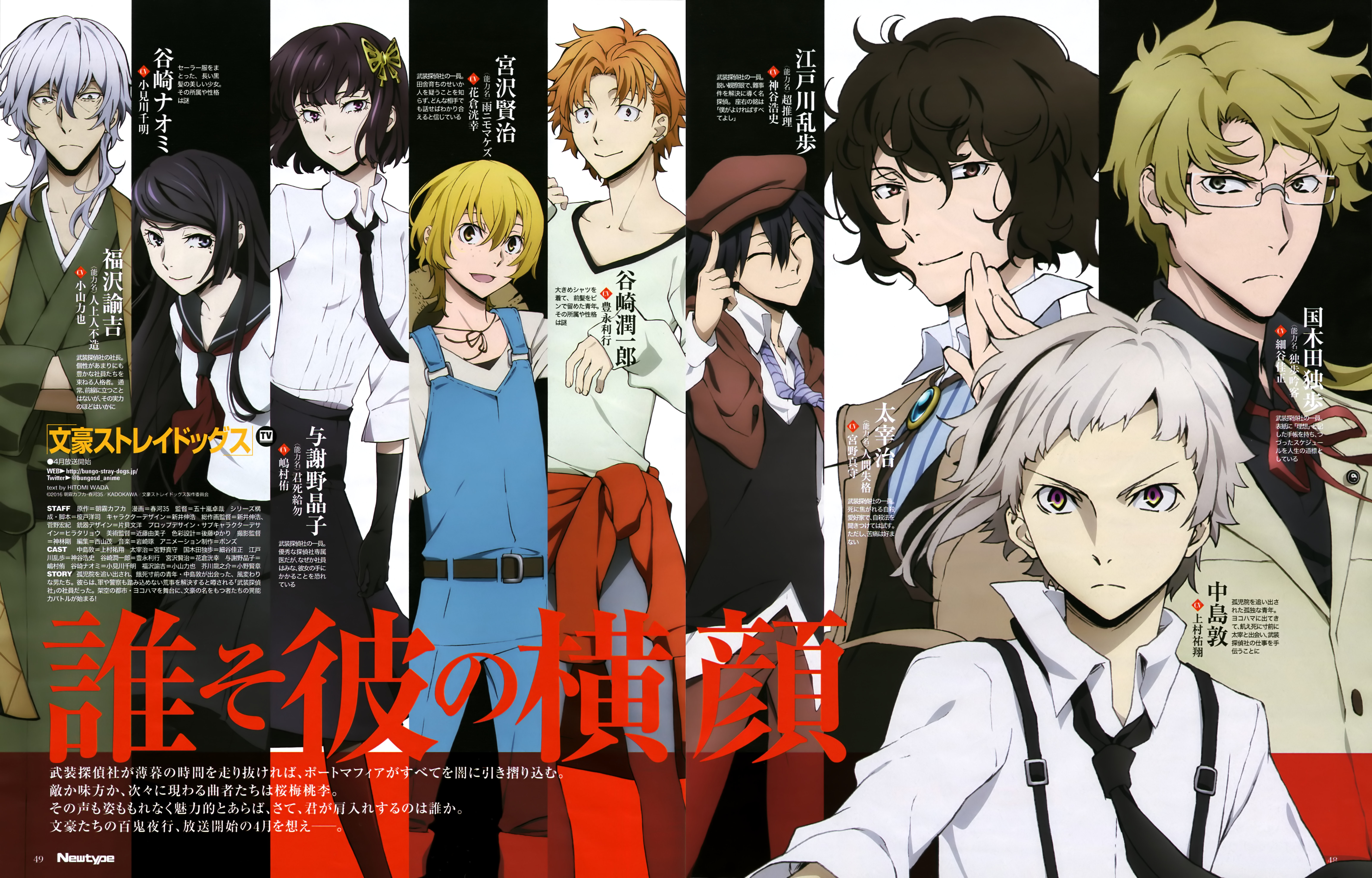 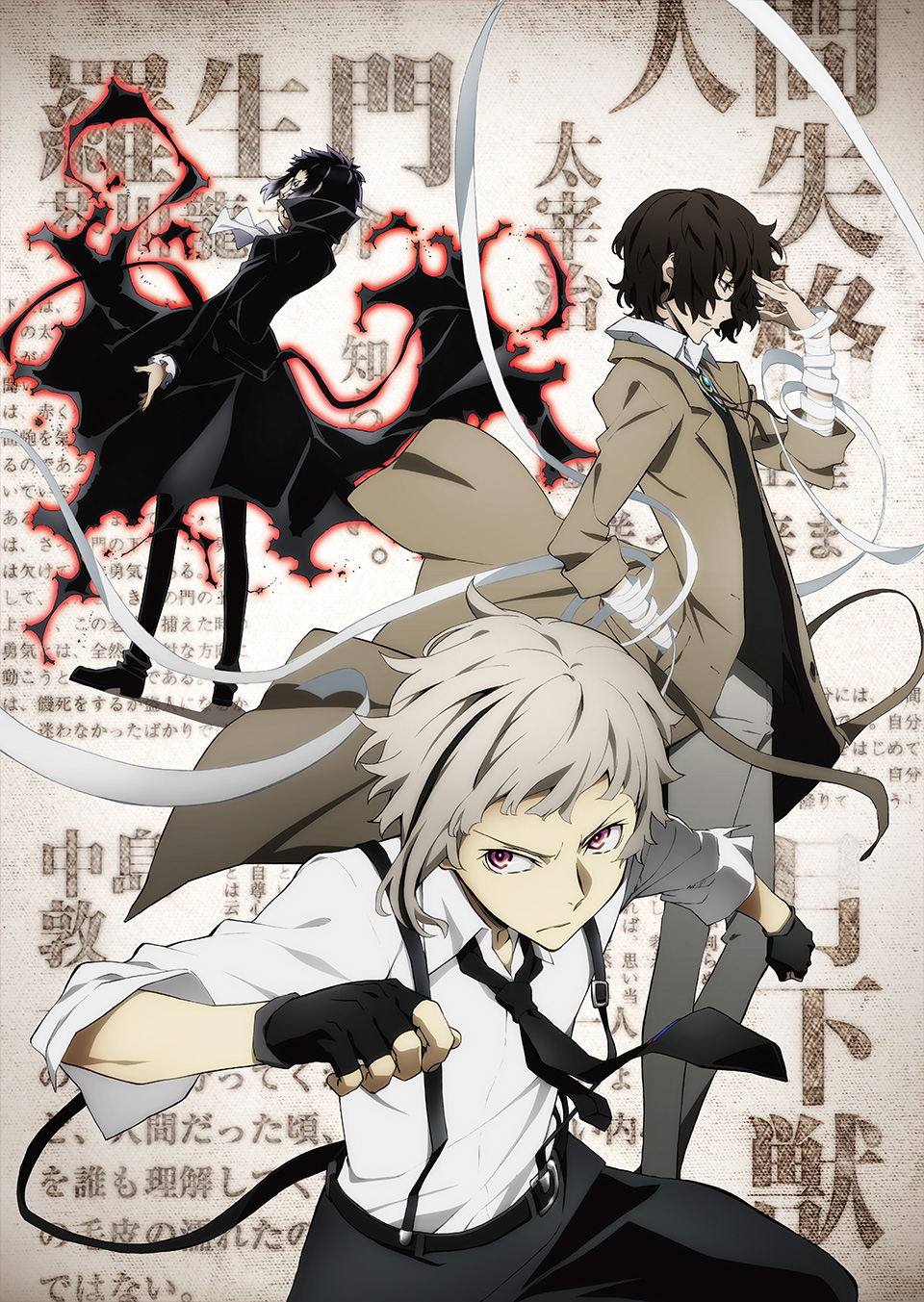