A new visual for Studio Trigger’s (Kill la Kill, Ninja Slayer) upcoming original Kiznaiver TV anime has been revealed in the February 2016 issue of NewType. You can purchase this issue here (get 5% off with coupon code MOE-N3Y-4YW0QK). 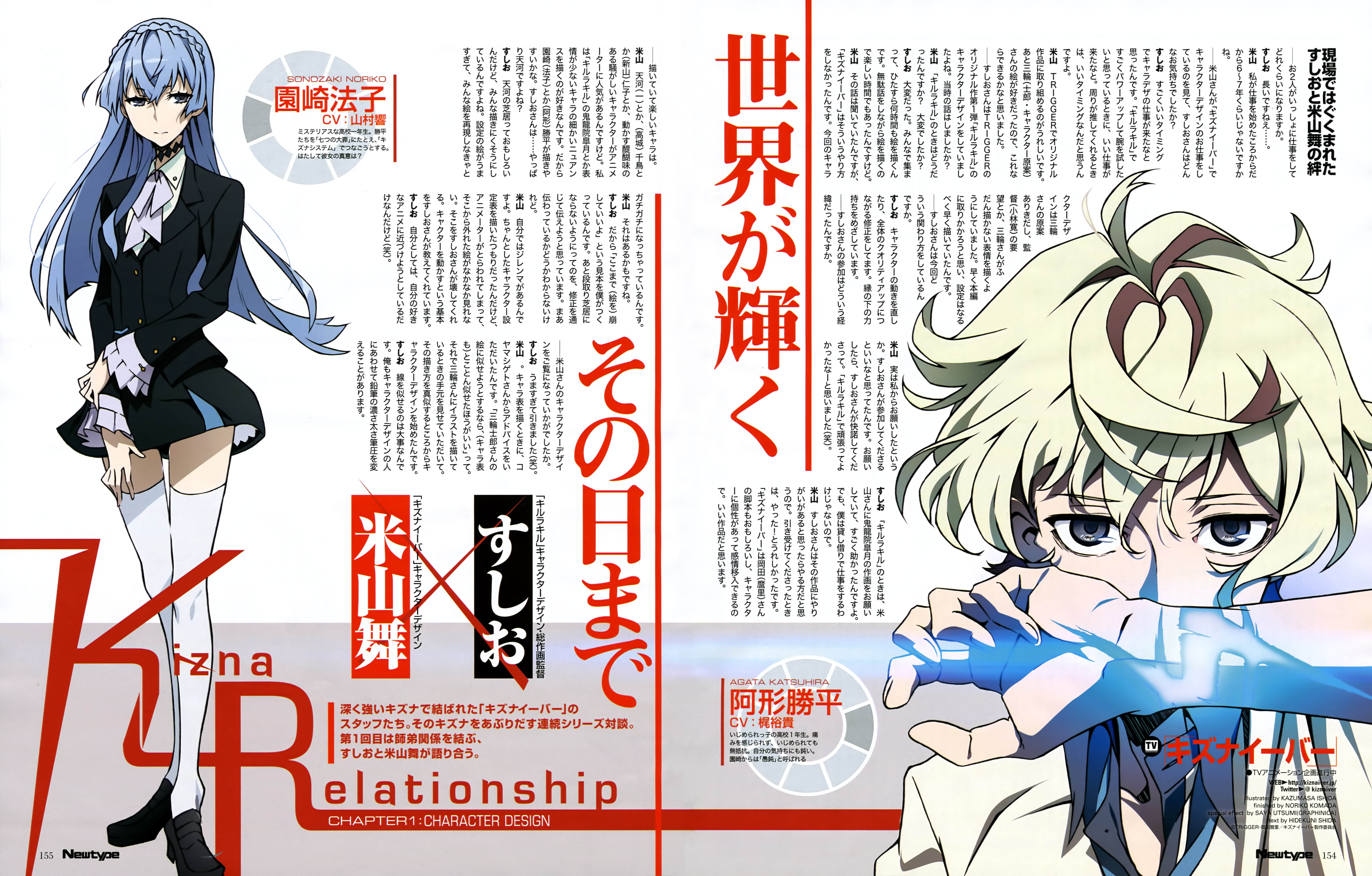 In addition to this, the first commercial for Studio Trigger’s (Kill la Kill, Ninja Slayer) upcoming original Kiznaiver TV anime has been revealed. The new video briefly outlines the main staff of the anime and shows its leading tagline: “Youthful group drama about escaping common sense. We are connected through wounds.” The video also reveals that Yuuki Hayashi (Haikyuu!!, Death Parade) will compose the series’ music. Further information about the anime will be revealed at a later date.

In addition to this, the official website for the anime has also revealed the first set of character designs for the main cast.

While the voice cast for all the characters have yet to be revealed, new character designs were revealed. The main cast includes: