Home Anime New Visual of Yui That Even Hachiman Would Want

A new poster visual for the anime adaptation of Wataru Watari and Ponkan8’s Yahari Ore no Seishun Love Comedy wa Machigatteiru. (My Teen Romantic Comedy SNAFU) light novel series has been revealed in the Megami Magazine Special issue. This new visual features Yuigahama Yui getting undressed and the magazine issue can be purchased here. 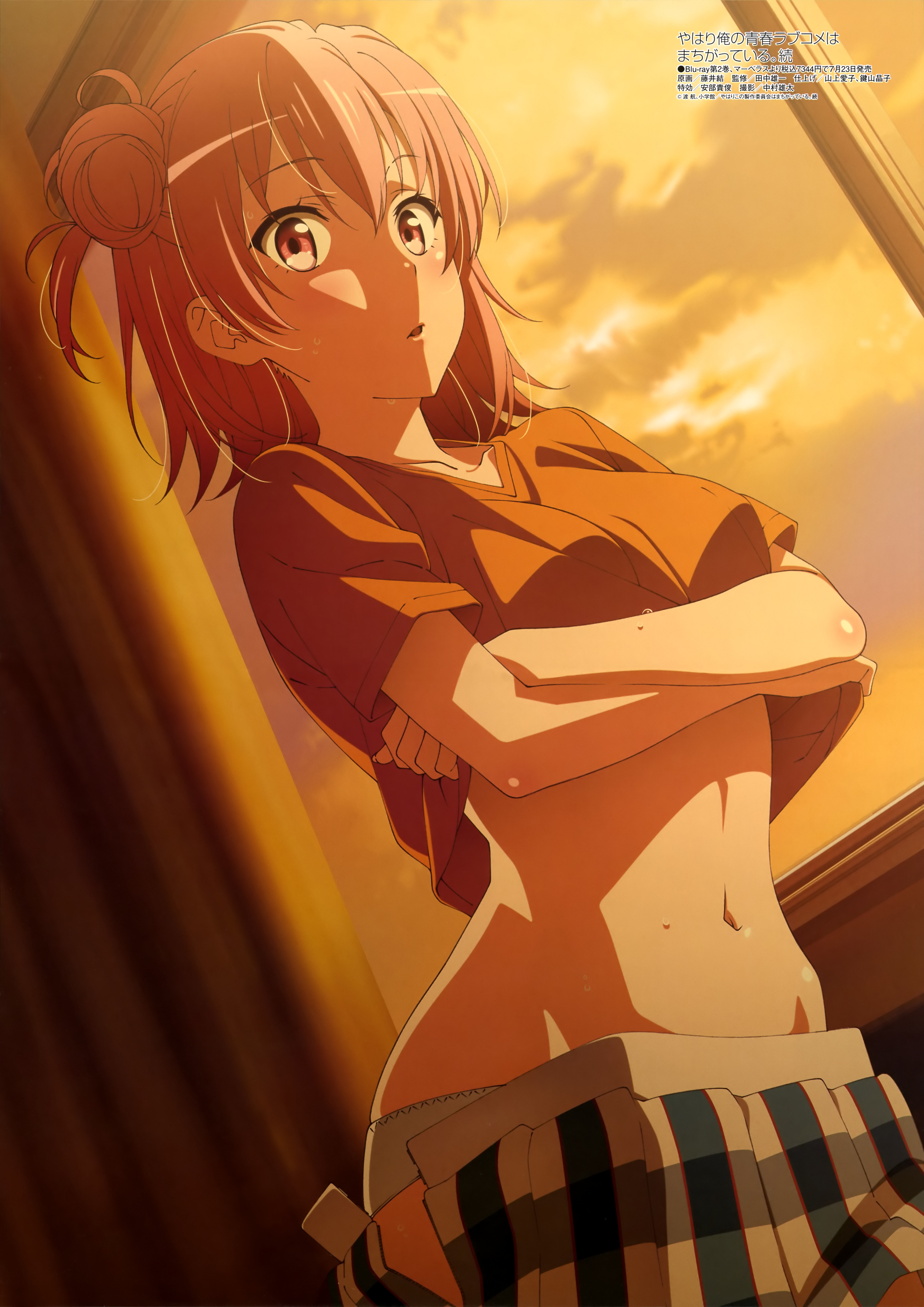 In other news, Animaru have revealed a hug pillow of Yukino Yukinoshita and Yuigahama Yui which are to be sold at the Comiket 88 Anime University COOP. Both will sell for a total of 9,720 yen ($78.3) each.