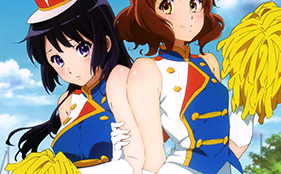 A new key visual for anime adaptation of Ayano Takeda’s Sound! Euphonium (Hibike! Euphonium) light novel series has been featured in the Megami Magazine Special issue as a poster. The new visual features Reina Kousaka and Kumiko Oumae in cheerleader costumes. This magazine issue can be purchased here. 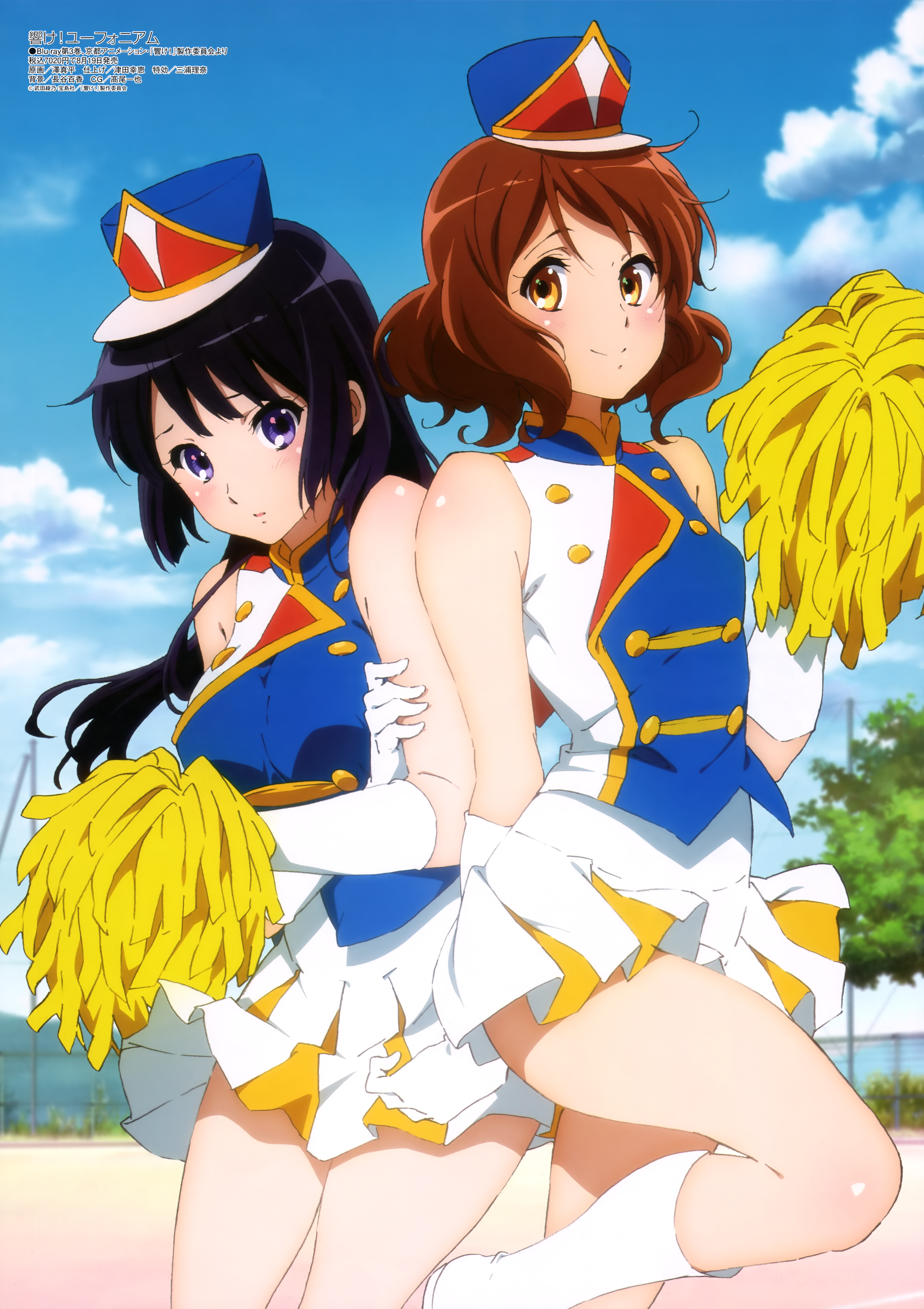 Another poster visual displaying the girls being sad the series was over has been featured in the August issue of the Japanese anime magazine NewType. This issue of NewType can be purchased here.