The official website for the upcoming anime adaptation of Minami Mizuno’s Nijiiro Days began streaming the first promotional video on Tuesday. The anime will debut on January 10 on Tokyo MX. 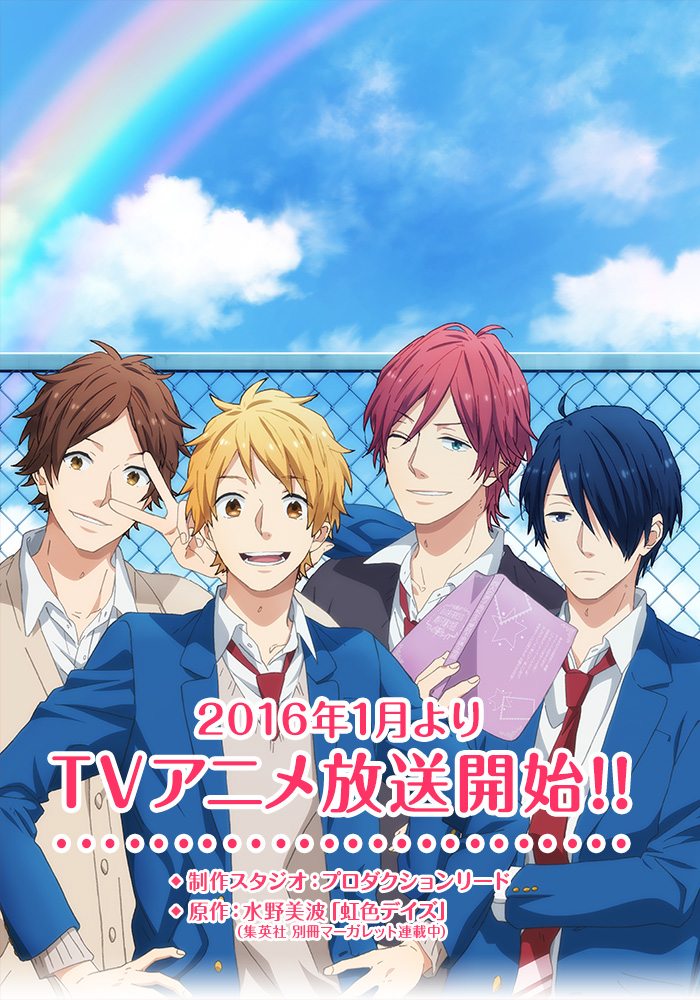 Nijiiro Days is a Japanese shoujo manga series written and illustrated by Minami Mizuno, and published in Shueisha’s Bessatsu Margaret magazine. A drama CD was released with the seventh volume of the manga in October 2014. An anime adaptation produced by Production Reed has been announced.

Synopsis of Nijiiro Days from Haruhichan: