The official website for the TV anime adaptation of Atto’s Non Non Biyori manga series has revealed a new Halloween illustration of Hotaru Ichijo illustrated by series character designer Mai Otsuka. The new illustration features Hotaru wearing a pumpkin hat and balancing a jack-o-lantern on her lap while displaying a charmful smile. 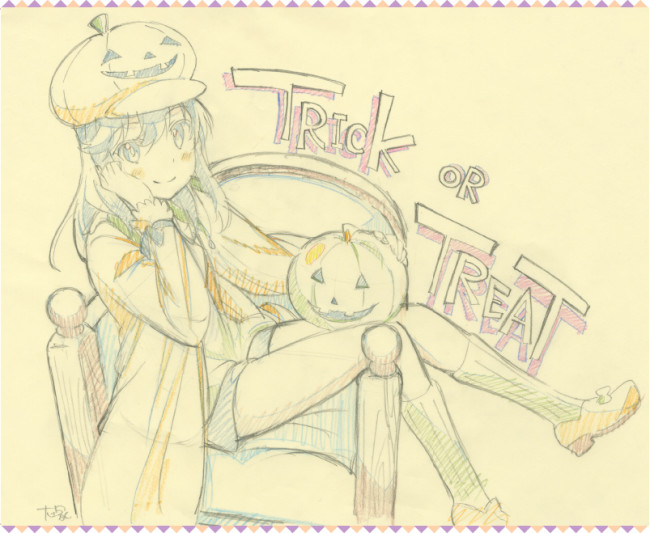 In addition to this, a beach themed visual of the series has been featured as a poster in the October 2015 issue of Megami. You can purchase this issue of Megami magazine here and you can view the other posters that come in this issue here.

The series was also featured as poster in the September issue of NyanType. You can view the other posters that came in this issue here.