If you are wondering what the post title means, allow me to tell you 😀 The SH-06D NERV (hint hint!), is the first official Evangelion smarphone on the market as of late June of this year. 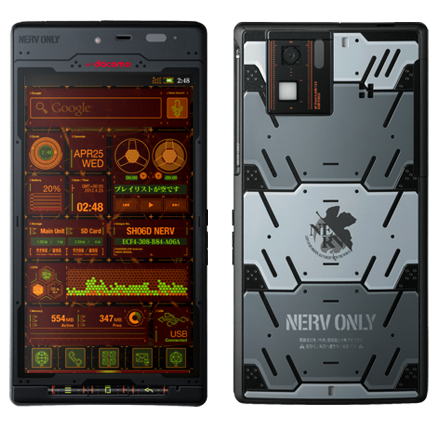 According to the official site and the product’s page, the device will be limited to thirty thousand copies, so chances you get your hands on one of them will be pretty small. However,  if you still want to adventure yourself in such an arduous quest, NTT Docomo is starting pre-orders on June 16th (Good luck bro, you’ll be competing against me on this! >_>).

And now for the juicy handheld details and specifications! (Photography courtesy of The Verge) 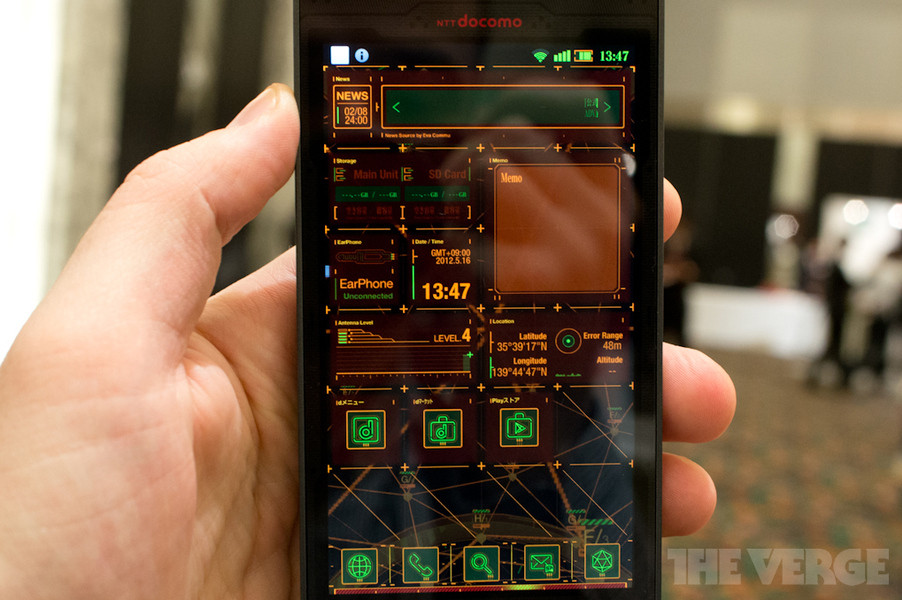 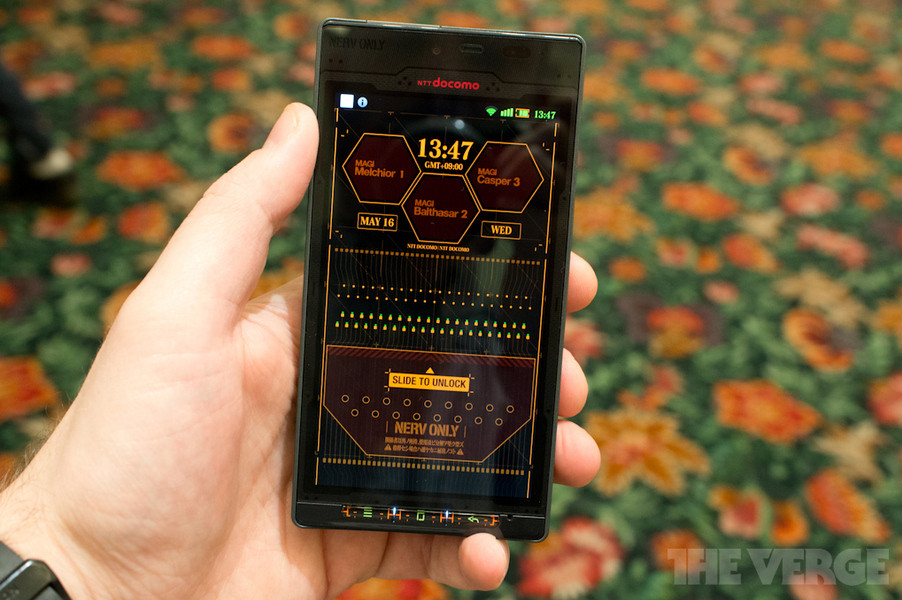 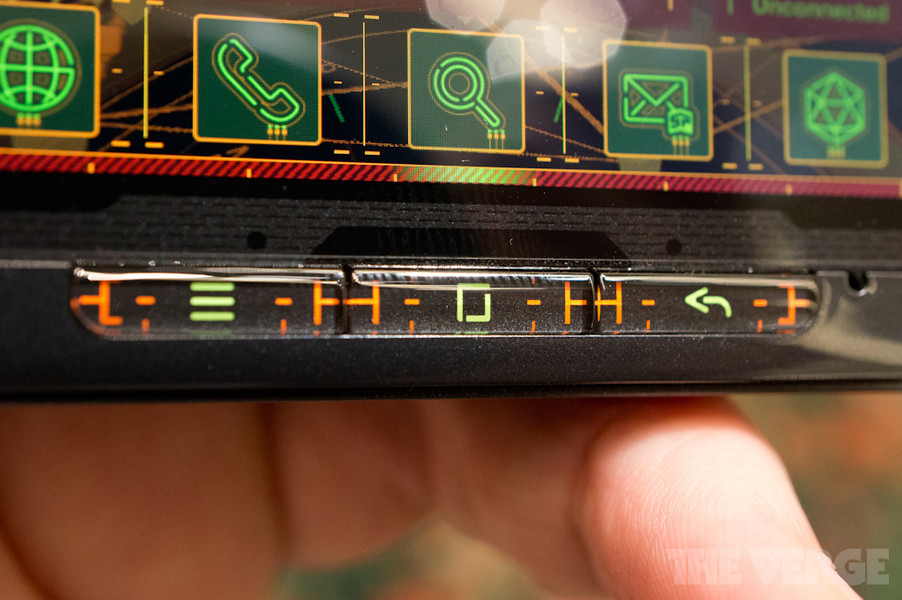 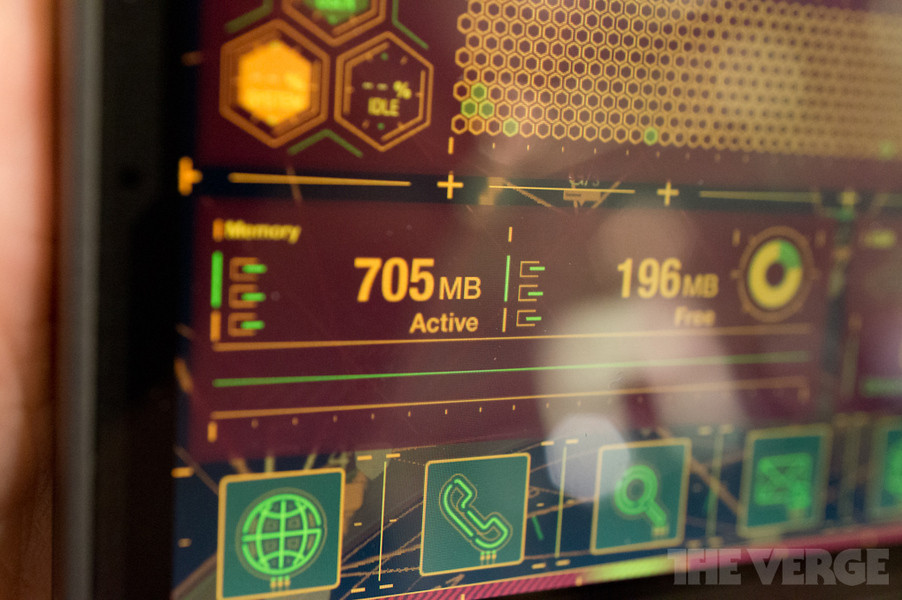 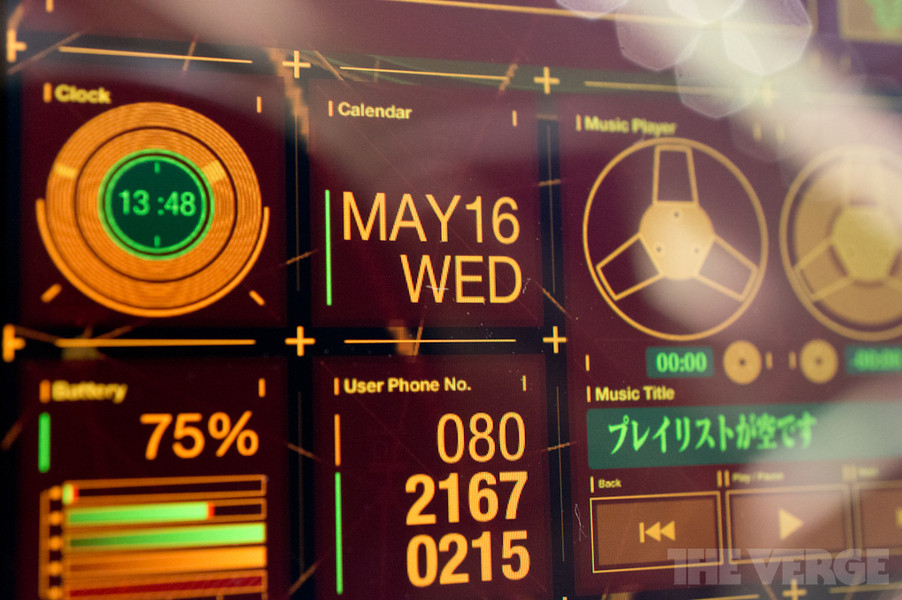 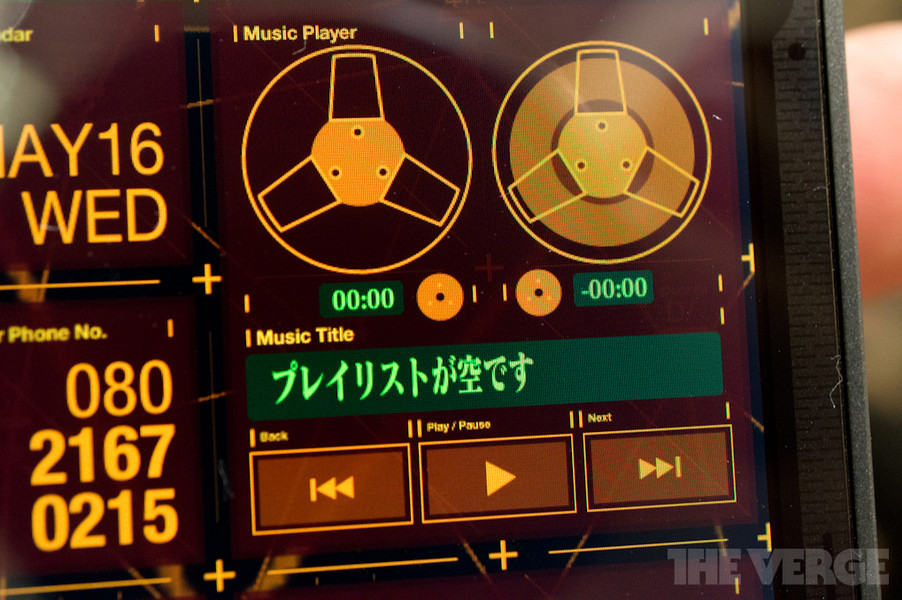 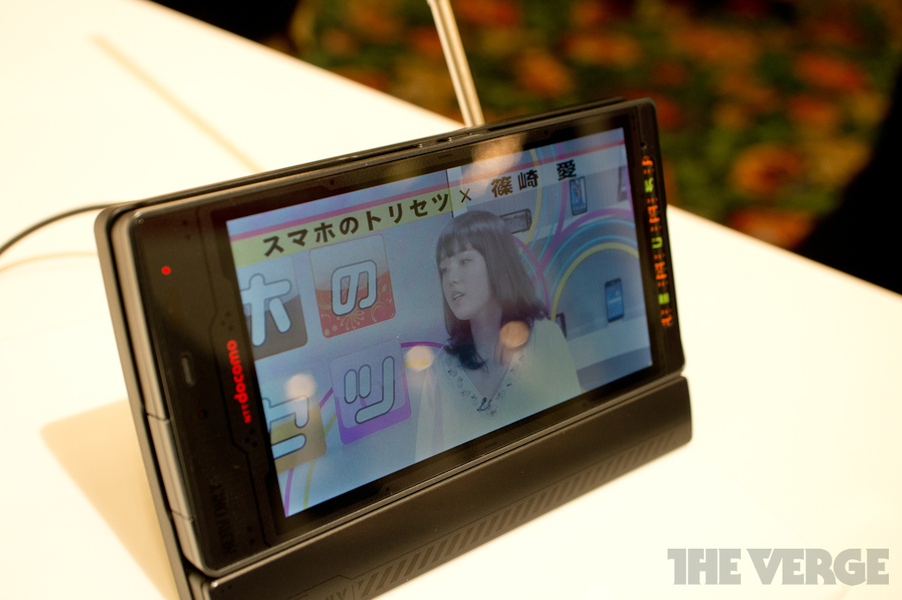 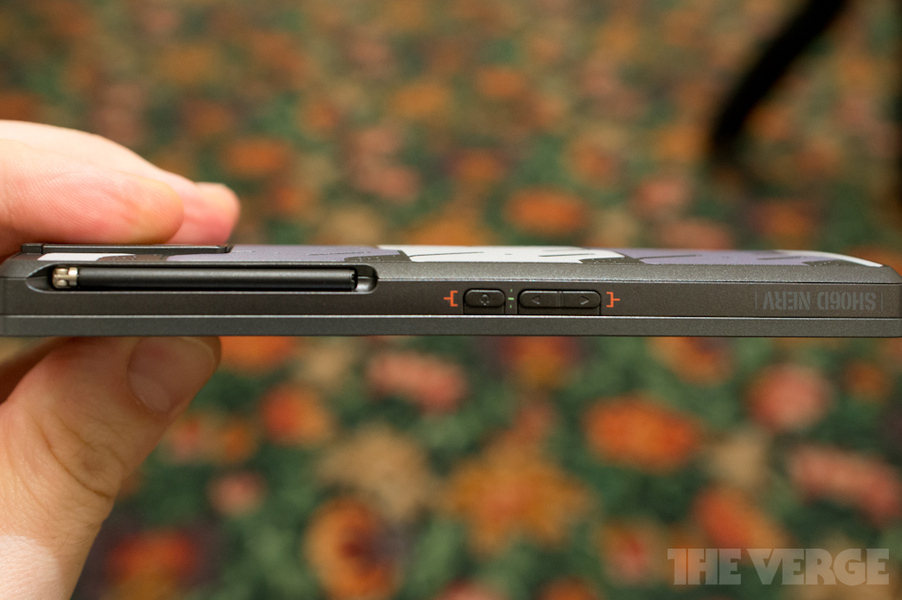 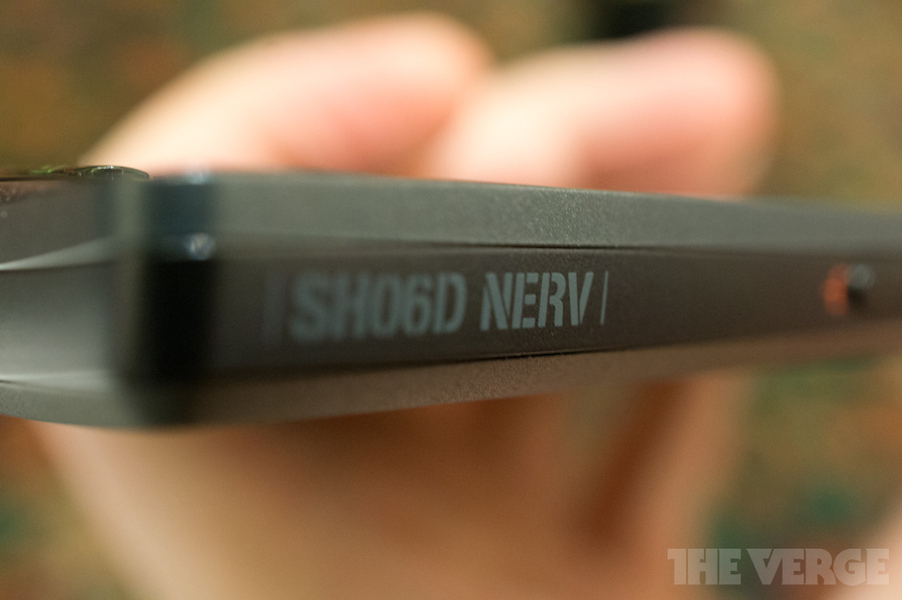 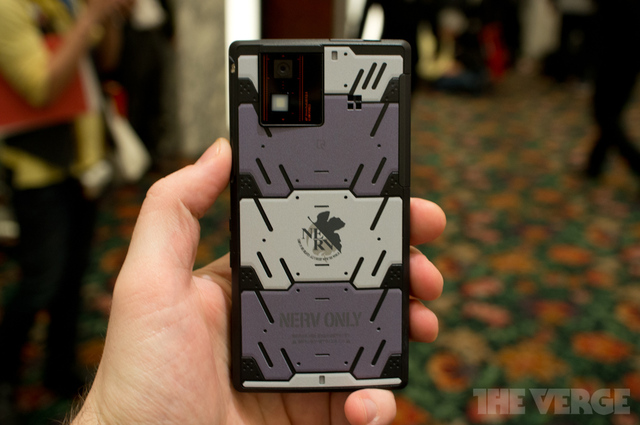 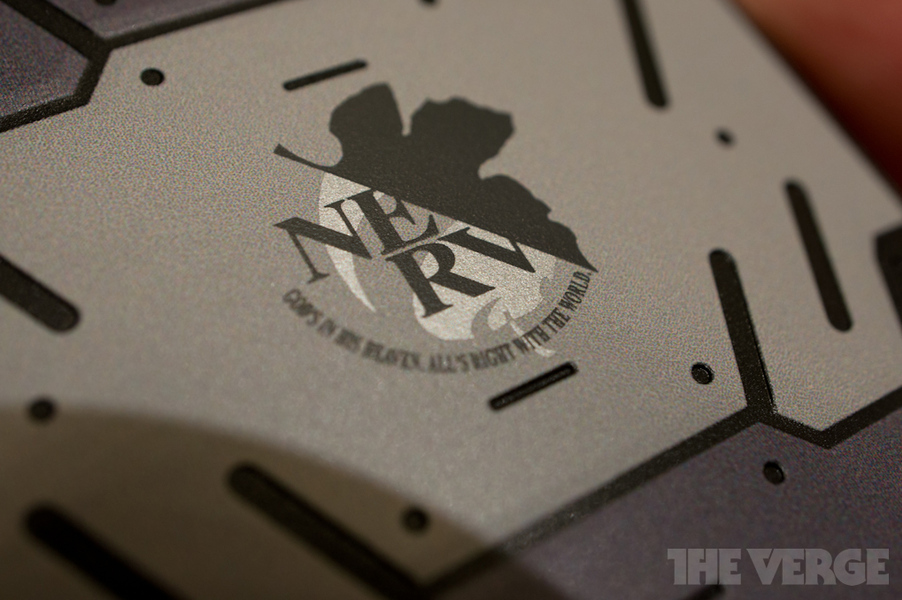 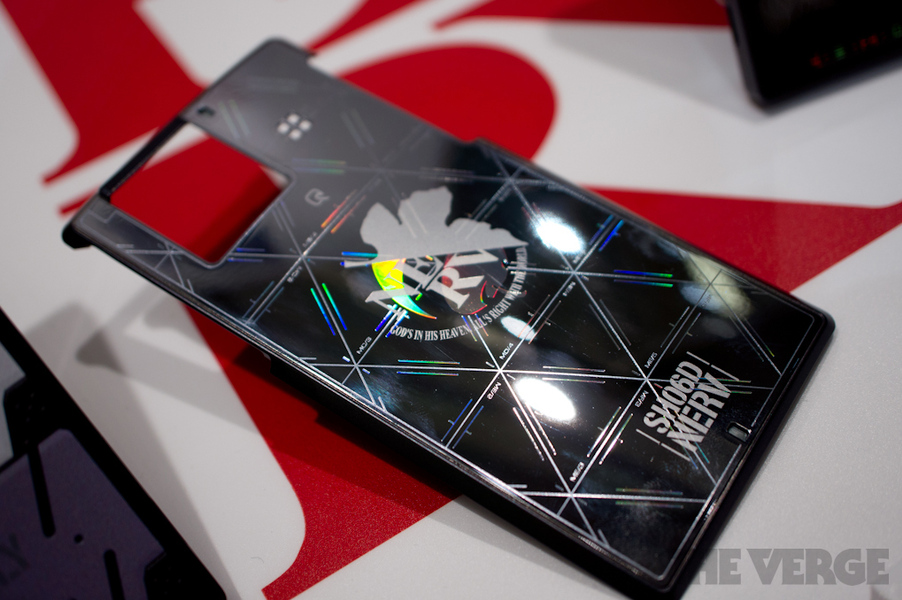 I honestly recommend taking a look at the device’s site for more pictures, such as the MAGI home screen, the contact list and general usage of the phone, the “Attack of the 8th Angel” mini-game and other contents!!

Music artist DAIGO, a big Evangelion fan, gives his opinion about the handheld jewel on the video embedded below. It’s in Japanese, though, so unless you know Japanese you’ll have a hard time following up! 😉

Thank you for reading! 😀