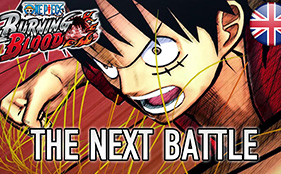 It has been confirmed by Bandai Namco Entertainment on Monday that they will release its upcoming fighting / action One Piece: Burning Blood game in Europe, North America and Latin America in 2016. Like Japan, the game will be released on PlayStation 4 and PlayStation Vita, but it will also have an Xbox One version.

In addition to this, the trailer was also streamed on Monday: