The first visual for this summer’s new One Piece television special was revealed on Tuesday. In addition to this, it has been unveiled that the the special will revisit the childhood past of the three sworn brothers Luffy, Ace, and Sabo, when they all dreamed of becoming pirates. It will also depict how Sabo originally came into the kingdom of Dressrosa (which was not depicted in Eiichiro Oda’s original manga or the television anime), as well as his reunion with Luffy from his point of view. 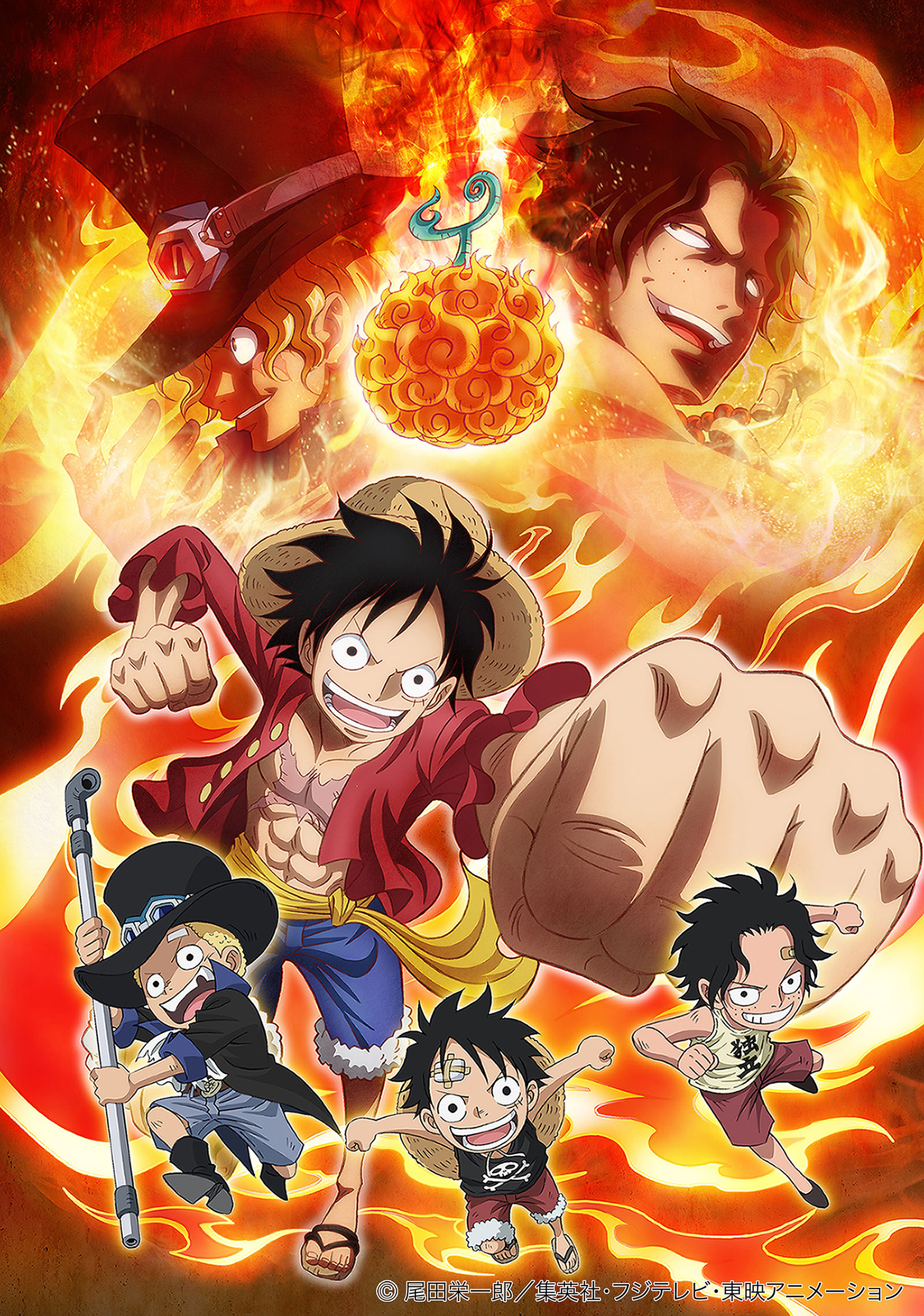 The story of the popular Furuya Toru voiced character will air Saturday, August 22, on Fuji TV. One Piece Episode of Sabo ~3-Kyoudai no Kizuna Kiseki no Saikai to Uketsugareru Ishi~ (One Piece Episode of Sabo: The Three Brothers’ Bond – The Miraculous Reunion and the Inherited Resolve) will be the fourth installment of the One Piece: Episode TV specials.

Some screenshots of the preview were also revealed: