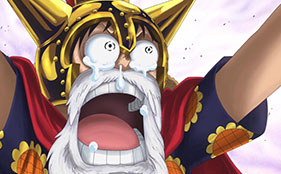 The 10th issue of this years Shueisha’s Weekly Shonen Jump magazine will be announcing on Monday that Eiichiro Oda’s One Piece manga will not be included in the magazine’s next issue. The manga will return in the 12th issue, which will be released on February 16. The manga’s next chapter will be released on February 16, 2015 in the Shueisha’s Weekly Shonen Jump magazine’s 12th issue. No exact reason for the 1-week hiatus has been announced.