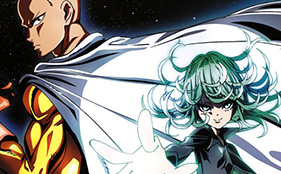 The TV anime adaptation of ONE and Yuusuke Murata’s One Punch-Man manga has recently ended with much fanfare and an amazing reception. While the anime itself is great, it couldn’t be so without an amazing source. The anime itself has heralded as one of the best, being very faithful to the manga. So, lets take a look at the comparisons between the manga and anime adaptation.

With One Punch-Man there are two source versions – ONE’s original Web manga and Yuusuke Murata’s publication. The anime itself has taken more inspiration from Murata’s version, which is written by ONE. Reddit user tsumehtai has compiled some comparisons for the TV anime and the two manga versions of One Punch-Man, with the order being anime, Murata’s manga and ONE’s manga.

Spoilers for One Punch-Man Episodes 1 – 5

Two commercials were also released for upcoming the Blu-ray and DVD releases: