The official website of anime adaptation of ONE’s Mob Psycho 100 manga has began streaming a commercial for the series on Thursday. Takahiro Sakurai (Shougo Makishima in Psycho-Pass) narrates the video as his character Arataka Reigen. The new video previews the opening theme song “99” by the “mystery unit” MOB CHOIR.

In addition to this, the official website also revealed that the anime will start its debut on July 12th. A new visual and character designs were also revealed.

Updated character designs have been revealed for the anime’s main cast:

Mob Psycho 100 is a comedic action web manga written and illustrated by ONE. The series began in early 2012 being published in Shogakukan’s Weekly Shonen Sunday Web Comics. To date a total of 12 volumes have been published, with the 12th volume being released in June. ONE is also well known for his One Punch-Man manga, which recently was adapted into a TV anime. 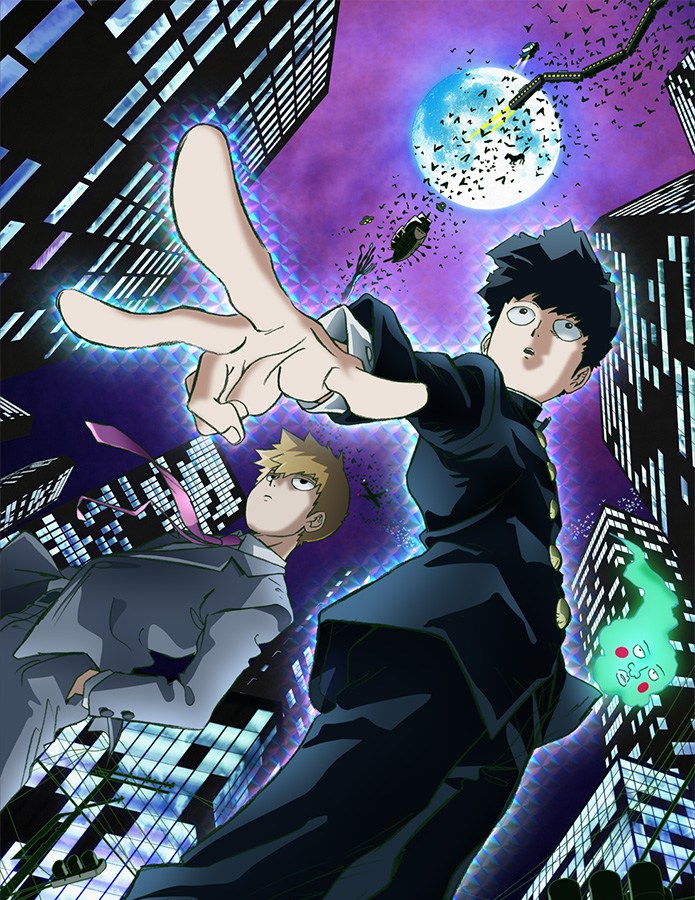