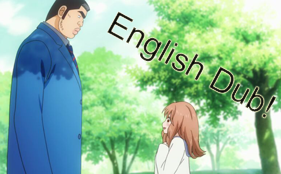 Sentai Filmworks announced in a tweet today that Ore Monogatari!! (My Love Story!!) will be receiving an English dub. More information regarding the English dub will be revealed at a later date.

Takeo can't contain his excitement! It's official: My Love Story!! is getting dubbed! #mylovestorydub pic.twitter.com/9ty8fIiXlK

Ore Monogatari!! (My Love Story!!) is a Japanese romantic comedy manga series written by Kazune Kawahara and illustrated by Aruko. The series ran from April to September. Crunchyroll streamed the series as it aired in Japan, and Sentai Filmworks licensed the series for its North American distribution.

Takeo Gouda is a giant guy with a giant heart. Too bad the girls don’t want him! (They want his good-looking best friend, Sunakawa.) Used to being on the sidelines, Takeo simply stands tall and accepts his fate. But one day when he saves a girl named Yamato from a harasser on the train, his (love!) life suddenly takes an incredible turn!

Here is the original Japanese trailer for Ore Monogatari!! (My Love Story!!):

There has also been a live-action film adaptation.