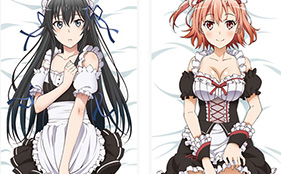 Animaru have updated their line-up of Oregairu merchandise with a wide range of hug pillows and a bed sheet. The current listed goods include: