Toonami began streaming a trailer for the English-dubbed anime adaptation of Iwaki Hitoshi’s 1990 manga Parasyte on Tuesday. The series will premiere on Saturday, October 3 at 1:00 a.m. EDT (Sunday morning). 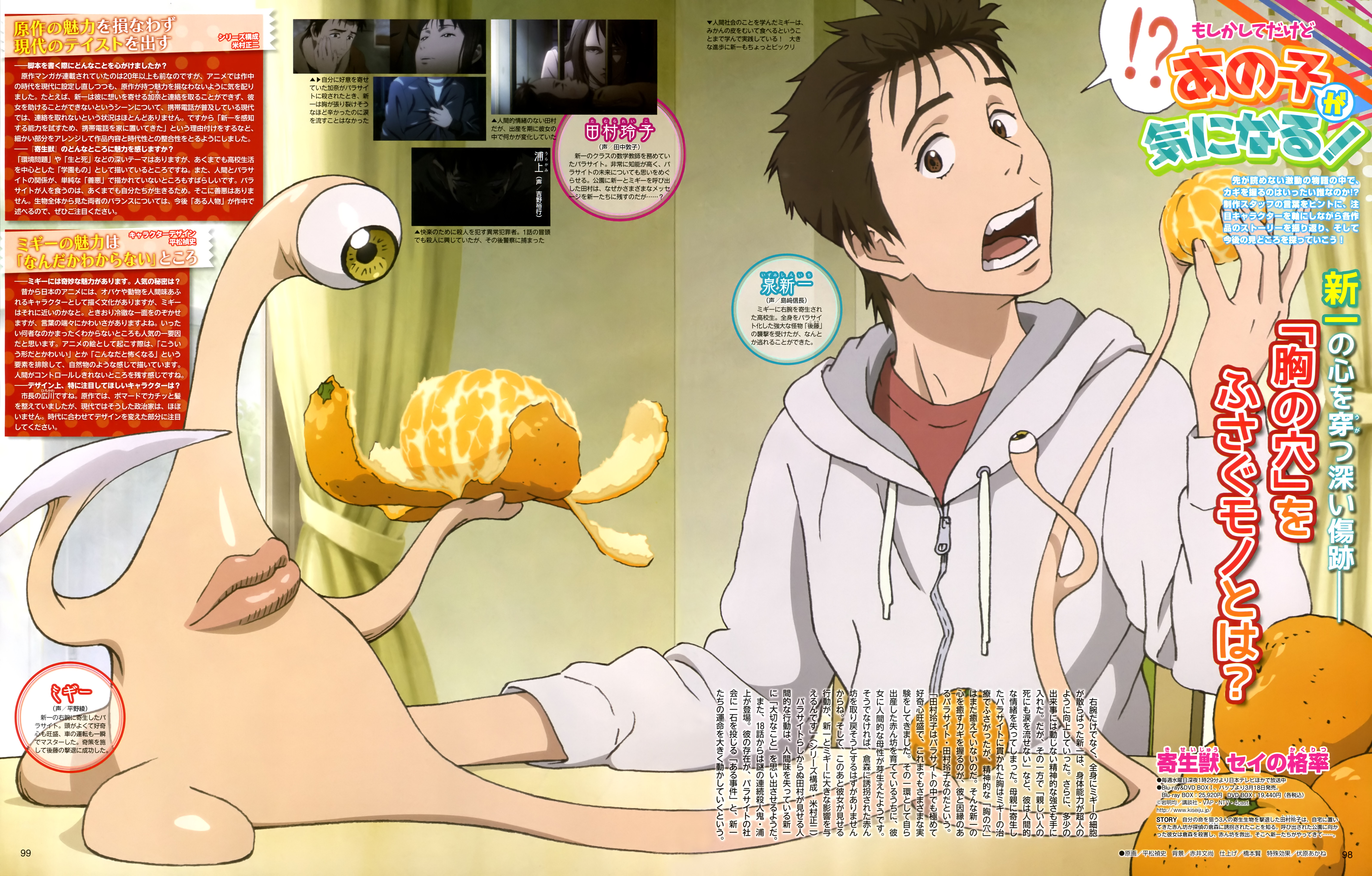 Parasyte is a science fiction horror manga series written and illustrated by Hitoshi Iwaaki, and published in Kodansha’s Afternoon magazine from 1988 to 1995. The manga was published in North America by first Tokyopop, then Del Rey, and finally Kodansha Comics USA. The manga has been adapted into two live-action films in Japan in 2014 and 2015. An anime television series adaptation by Madhouse, titled Parasyte -the maxim-, aired in Japan between October 2014 and March 2015.