In addition to this, the official anime website and TBS’ anime companion website revealed premiere date. The first episode of the anime is slated to air in these dates and channels in Japan:

The anime staff include: 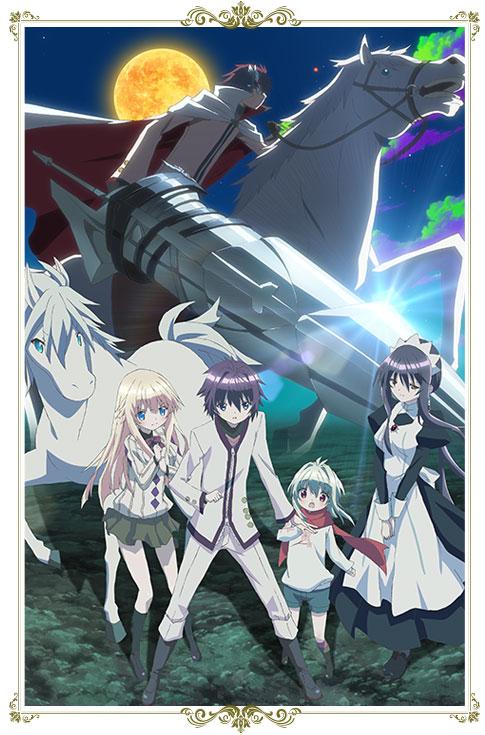 The anime is based from a battle-fantasy light novel series written by Hideaki Koyasu (Kamisama Hajimemashita: Kurama-yama Yawa, Katekyo Hitman Reborn! Secret Bullet) and illustrated by Shino (Kamisama no Inai Nichiyoubi, Clockwork Planet). The novel was published under Pony Canyon Books since December 3, 2013 and currently has four compiled light novel volumes. The fourth light novel volume was released on March 3, 2015.

The battle action novel series revolves around Youtarou Hanafusa, a young man who is part of the last remaining order of knights in the 21st century, “Knights of the World.” As he fights as the mysterious Knight Lancer, he must hide his identity behind a mask.