That’s right! All you Pokemon masters out there, 2016 is the 20th anniversary of the Pokemon franchise! That means we can only expect special promotions and interesting new products on the way! Starting with a brand new live-action Pokemon TV commercial during this year’s Super Bowl on Sunday, February 7, as well as celebrations across the country during Pokemon Day, February 27, it’s time for fans to rejoice! Pokemon seems to be a series that will last forever, that we all grew up with, and that our children and grandchildren will have for themselves when they’re growing up. Here is a little preview to get you excited!

This will be a year-long celebration! Fans of the series can enjoy special events at retailers across the country. Make sure to check the official Pokemon site regularly to stay up to date on the latest monthly Mythical Pokemon distributions, special products, retail events, messages from some of Pokemon‘s biggest fans, and the upcoming Pokemon Photo Booth app!

Four Mythical Pokémon video game character distribution events will take place at participating GameStop locations throughout 2016, with one being distributed each quarter. Fans will need to have Pokémon Omega Ruby, Pokémon Alpha Sapphire, Pokémon X, or Pokémon Y, and a system from the Nintendo 3DS family to receive Mew, Darkrai, Arceus, and Genesect. 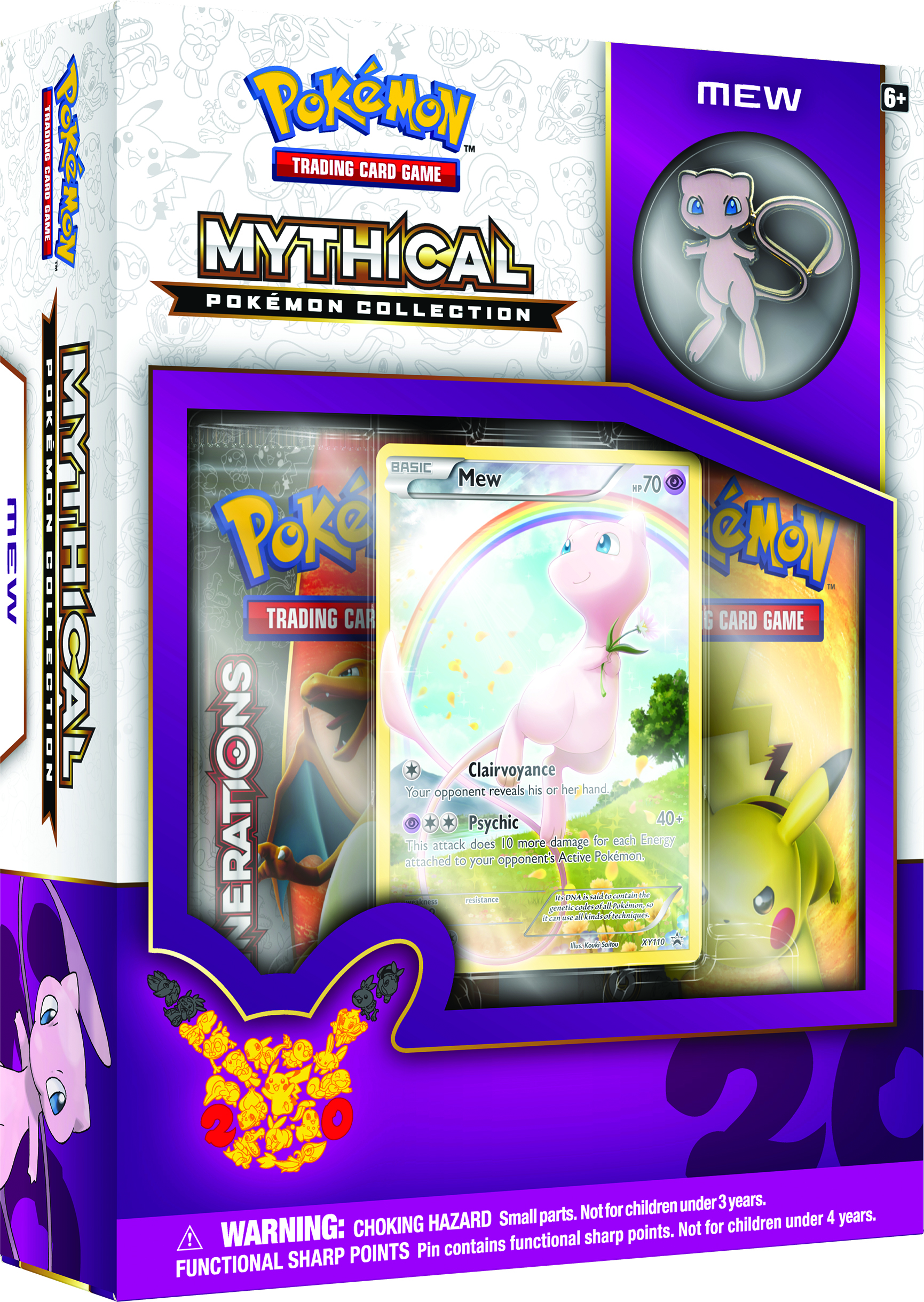 Pokken Tournament for the WiiU will bring Pokemon to life in a way you’ve never seen, available in spring!

Pokemon GO, a ground breaking mobile game, that will encourage you to embark on your very own Pokemon journey! Explore around your town in real life to find and collect Pokemon. Expect to start your master adventure this year!

For Pokémon Day, February 27, Nintendo will also make some of their best-selling Pokémon amiibo available again, at select retailers only. Fans should be on the lookout for Charizard, Jigglypuff, Greninja, and Lucario to join Pikachu at stores nationwide.

As a tribute to how this franchise all began, Pokemon Red Version, Pokemon Blue Version, and Pokemon Yellow Version will be released digitally installed on these special 2DS consoles. These special edition 2DS systems will come with two unique cover plates featuring artwork from the original Pokémon Red Version and Pokémon Blue Version game boxes and the Pokémon 20th logo, and a download code for an exclusive Nintendo 3DS Pokémon HOME Menu theme. The commemorative New Nintendo 3DS bundle will be available on February 27 at retail locations. 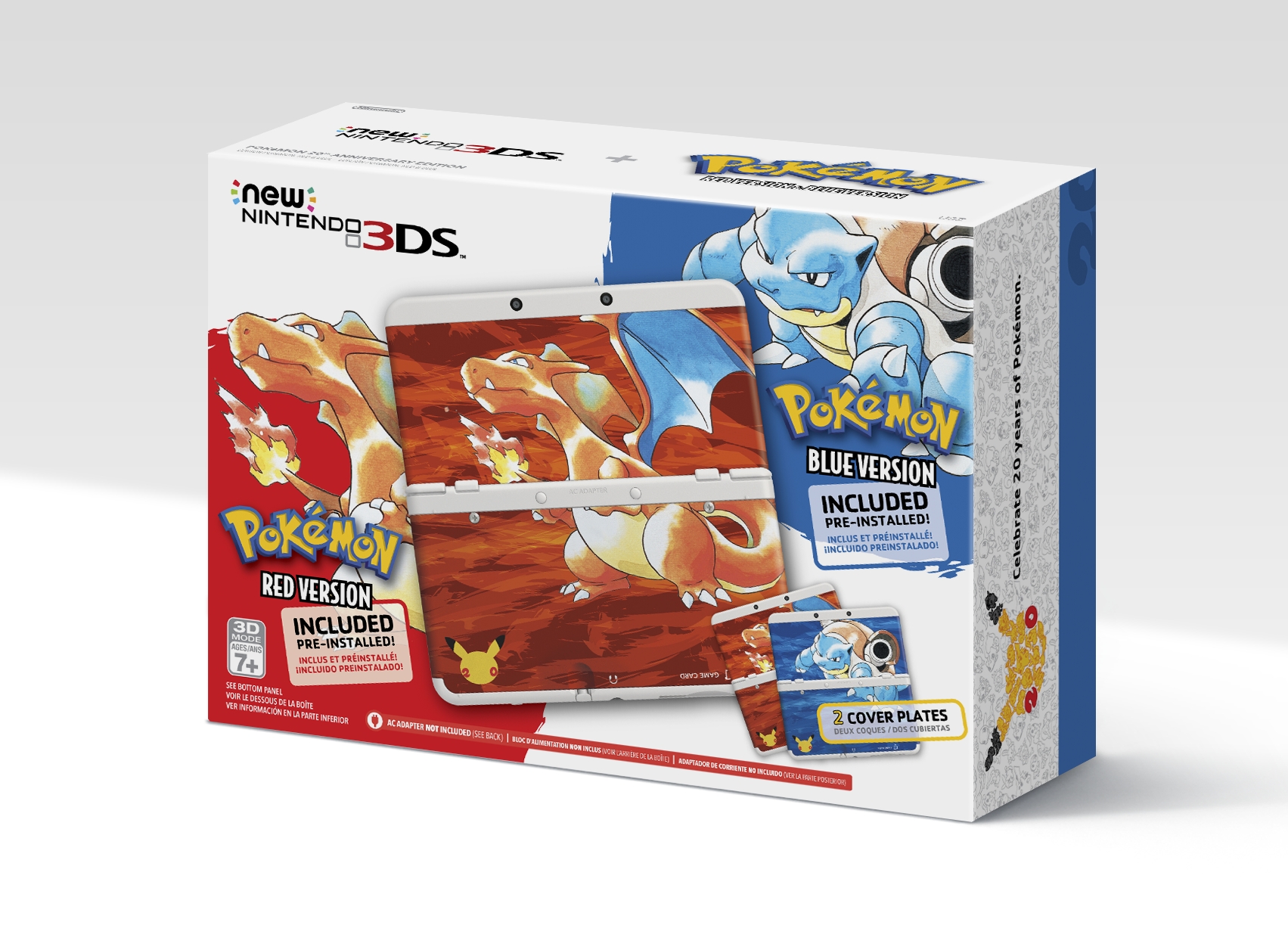 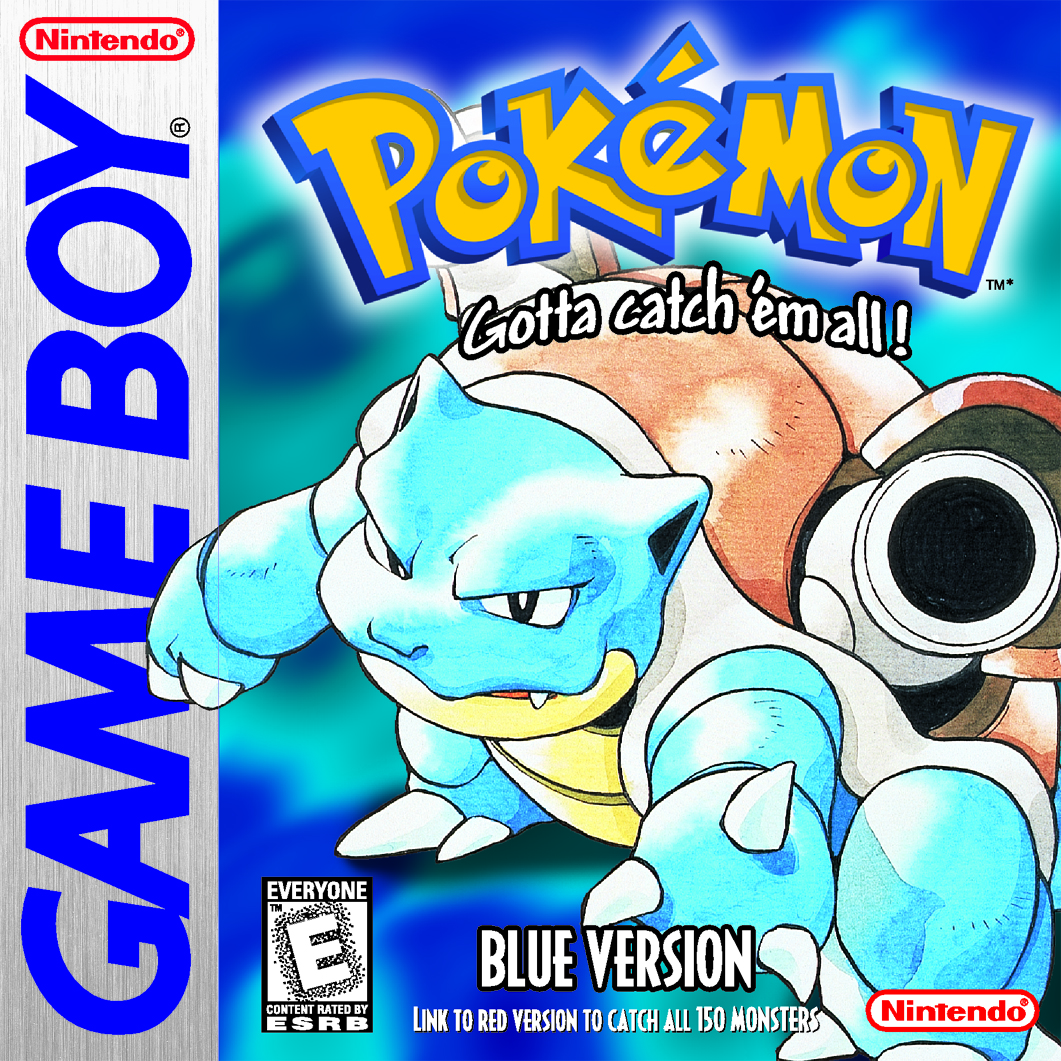 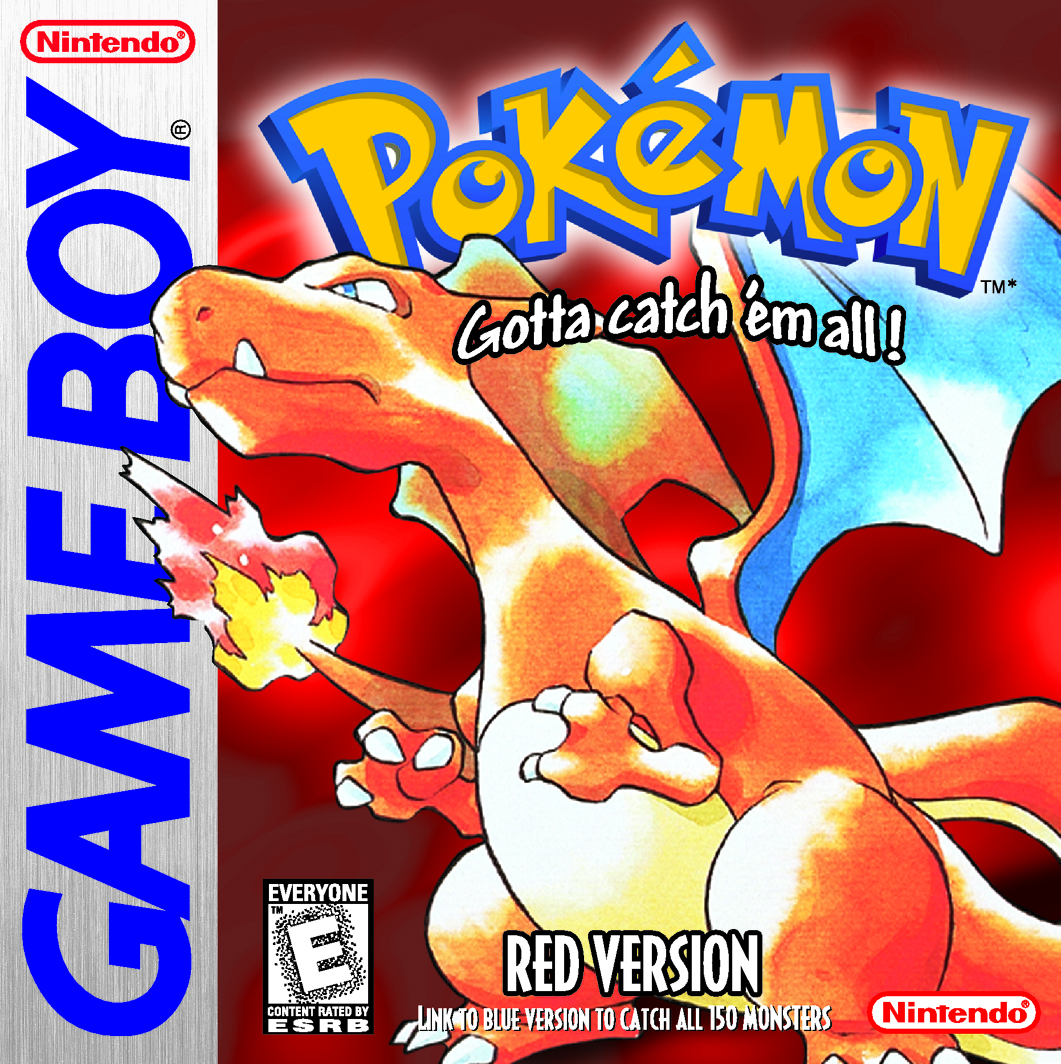 Also on Pokemon Day, at participating Toys“R”Us locations, fans can receive special foil Pokémon TCG cards featuring Pikachu and Magikarp from the Generations expansion, a Pokémon activity book, and a poster of the original 151 Pokémon, while supplies last. Toys“R”Us will also have an exclusive Generations-themed folio available for purchase to collect the new expansion.

Beginning in January and continuing throughout the year, 12 full-length Pokémon feature films will be available for digital download from iTunes, Google Play, and Amazon. Among the releases will be digitally remastered versions ofPokémon: The First Movie and Pokémon the Movie 2000 and Pokémon 3: The Movie. In addition, Pokémon TV, available on Pokemon.com, Roku, Chromecast, and Amazon Fire platforms, will feature one film title per month to align with other Pokémon brand activities. The first three Pokémon films will also be available in both DVD and Blu-ray formatted bundles from licensee Viz Media.

A 48-page interactive digital reader will accompany Pokémon: The First Movie and can be viewed on any device that supports iBooks, including Mac, iPad, iPhone, and iPod touch.

Fans can celebrate 20 years of Pokémon in style with new apparel, accessories, and souvenirs available. They can find everything from a special Pokémon 20th baseball cap by New Era to a commemorative pin and lanyard set. Pokémon 20th TCG accessories, such as card sleeves, deck boxes, playmats, and much more, are available for fans of all ages. Limited-edition Pokémon 20th figures and plush items from TOMY International, Pokémon’s master toy licensee, will also be available at participating retail locations. 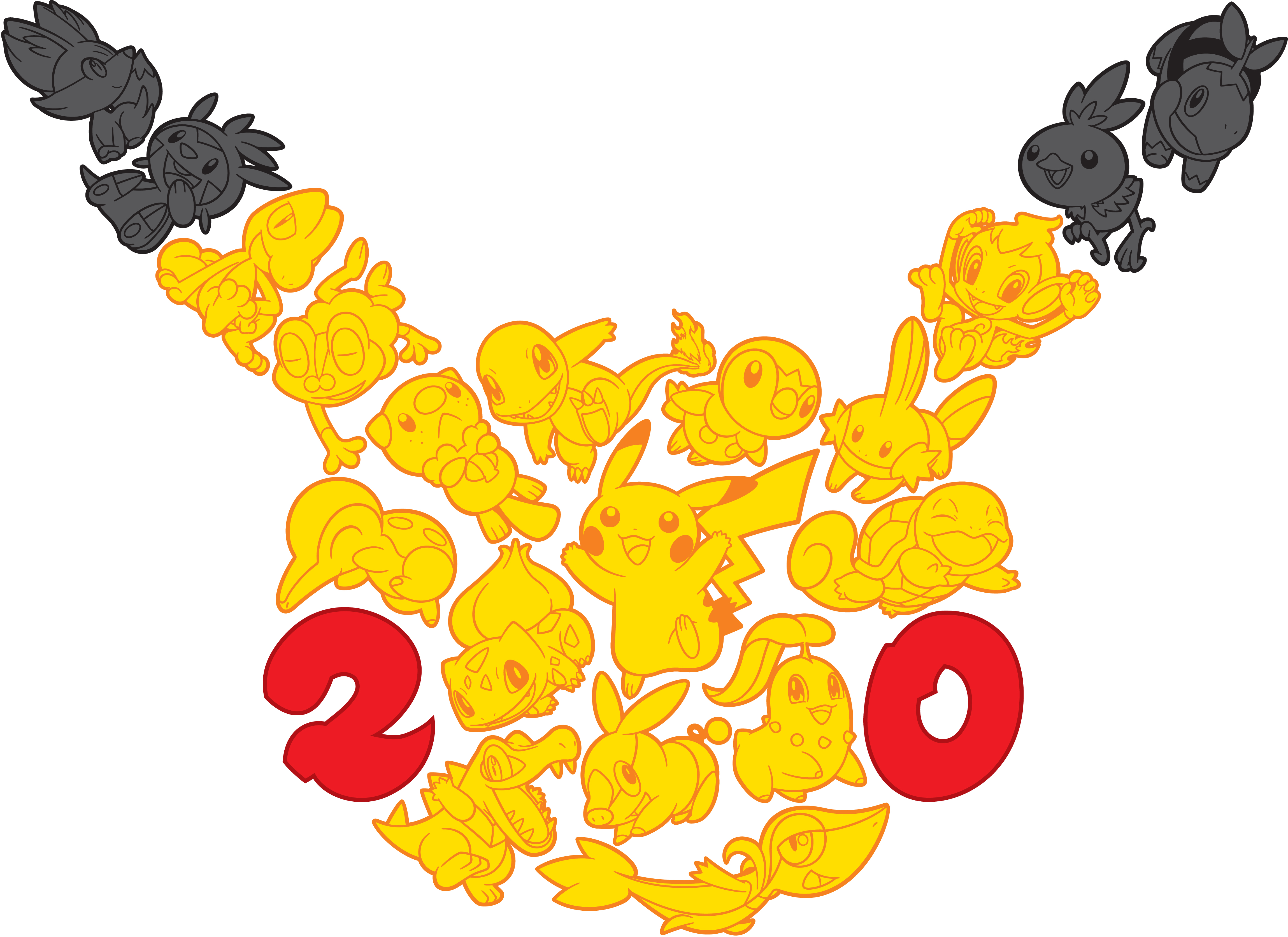