Prepare for the upcoming second season anime adaptation of Yuu Miyazaki and okiura’s Gakusen Toshi Asterisk (The Asterisk War: The Academy City on the Water) light novel series with this new poster from the May 2016 issue of Megami. This issue can be purchased here (get 5% off with coupon code MOE-N3Y-4YW0QK). 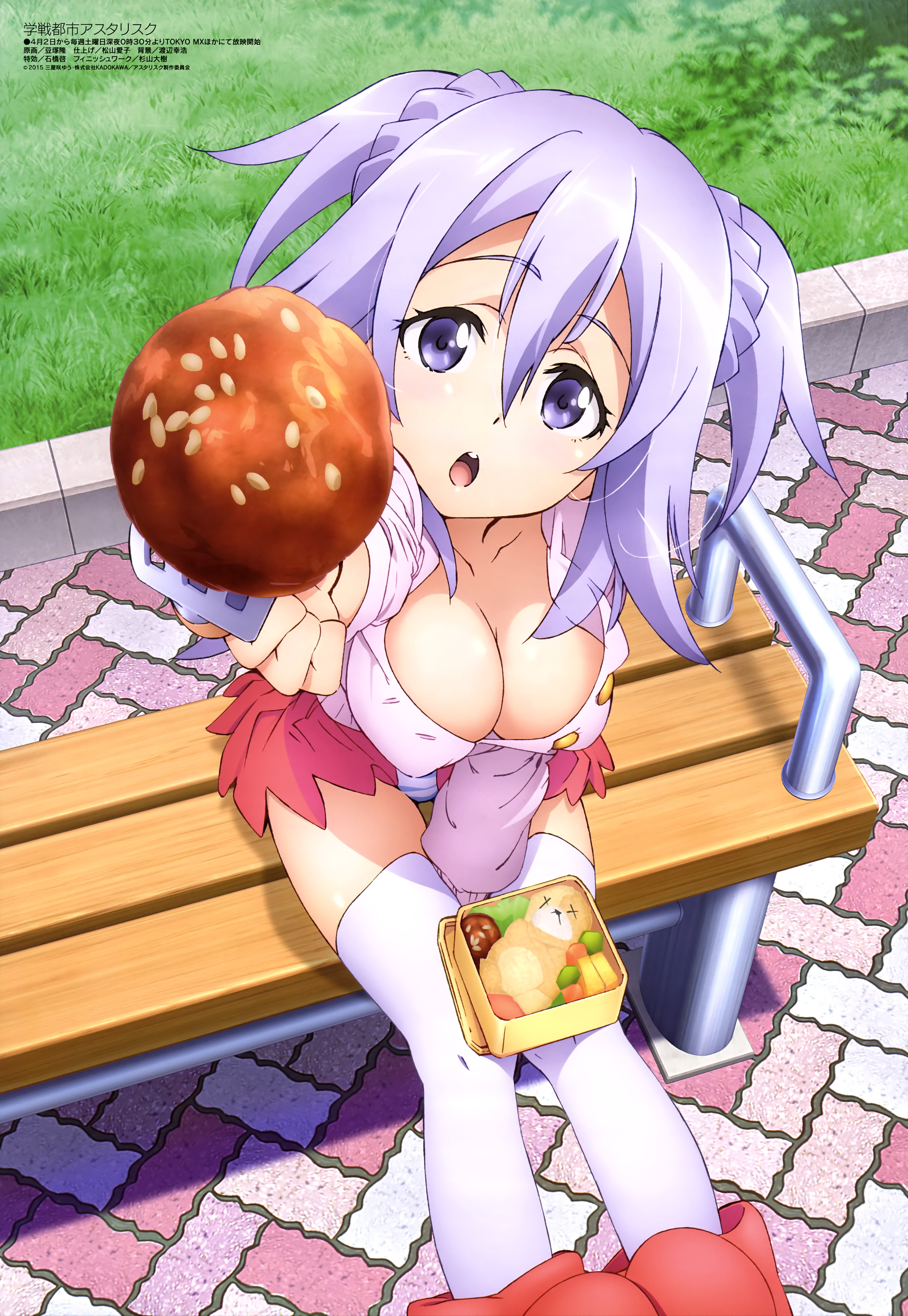 The second series will begin its broadcast from April 2nd. Here is the latest visual:

The second season of Gakusen Toshi Asterisk will start airing on Saturday, April 2nd at 10:30pm JST on Animax. It will also air on Tokyo MX, Tochigi TV and GTV on the 3rd at 12:30am JST.

The Gakusen Toshi Asterisk anime is a split cour series with the first season airing in the Fall/Autumn 2015 anime season, taking a season break and returning in the Spring 2016 anime season. The second cour/season will return with the 13th episode of the anime, and will end the series after a total of 24 episodes – 12 episodes for each cour.

The production staff behind the anime consists of:

The Opening theme song of the 2nd season will be “The Asterisk War” sung by Shiena Nishizawa and the Ending theme is going to be “Ai no Uta: words of love” by Haruka Chisuga.

Gakusen Toshi Asterisk (The Asterisk War: The Academy City on the Water) is a Sci-Fi, action, harem light novel series written by Yuu Miyazaki with illustrations from okiura. The series began in 2012 being published under Media Factory’s MF Bunko J imprint, where a total of 9 volumes have been published to date. The series was also adapted into a manga in Monthly Comic Alive magazine, produced by Ningen. The series will also be adapted into a PlayStation Vita game.

The 2nd cour of the Gakusen Toshi Asterisk anime adaptation airs every Saturday at 10:30pm JST on Animax from April 2, during the Fall/Autumn 2015 anime season. The anime is a split cour series, where the final 12 episodes will be aired in April.