The cast from the anime adaptation of SankakuHead’s (Uzura Convenience, Arakure Neverland) manga, Himouto! Umaru-chan, has been featured in January 2016 issue of Dengeki G‘s Magazine as a summer themed double page spread. You can purchase this issue here (get 5% off with coupon code MOE-N3Y-4YW0QK). 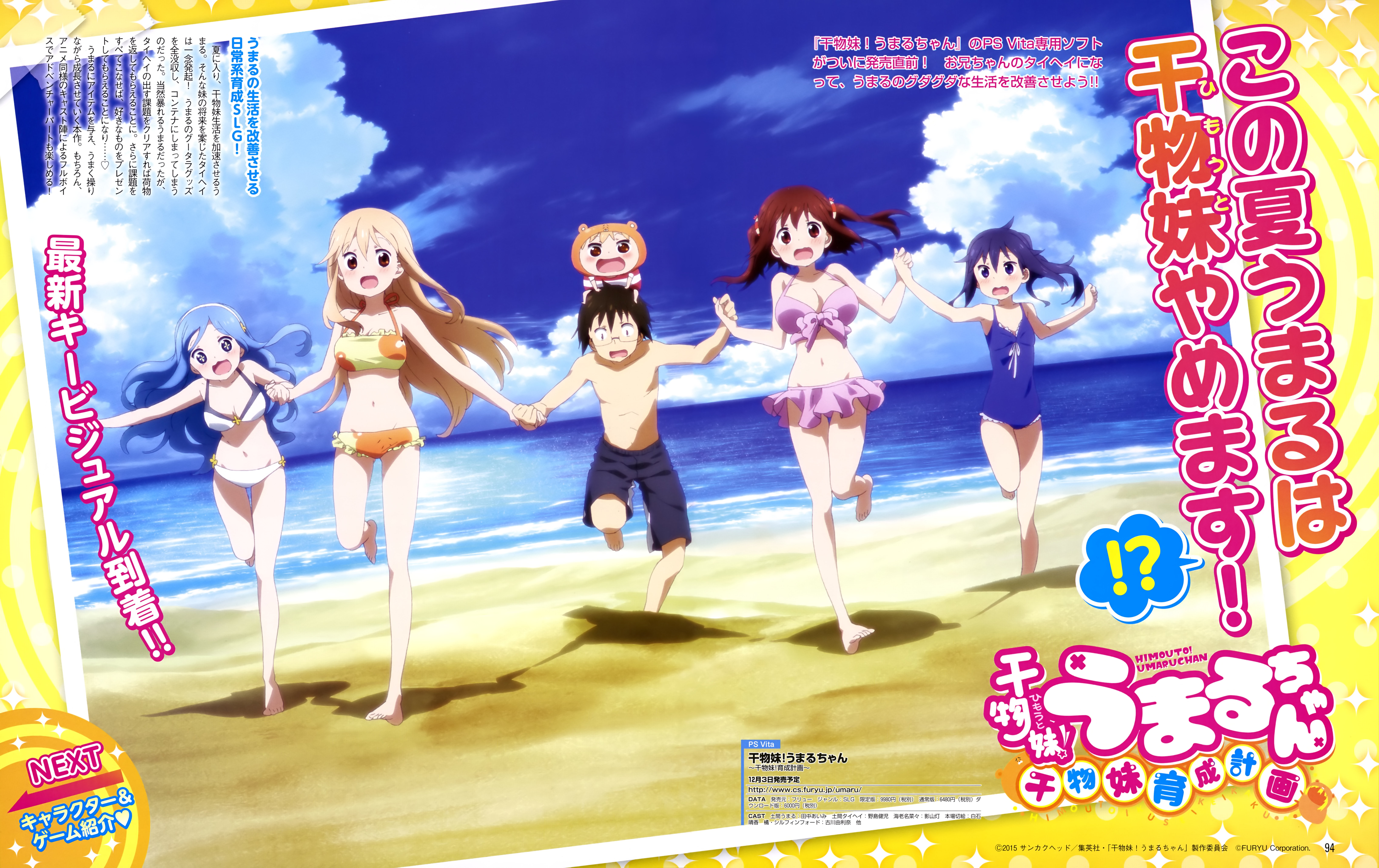 In related news, Umaru Doma and Nana Ebina have been featured in a festive poster in the January 2016 issueof Megami. This issue of Megami magazine here (get 5% off with coupon code MOE-N3Y-4YW0QK) and you can view the other posters that come in this issue here.