The latest issue of Shueisha’s Weekly Shonen Jump has revealed that the Blu-ray and DVD release of Boruto: Naruto the Movie, the latest film in Masashi Kishimoto’s Naruto franchise, will be out in July next year. Further details and clarification about the release date will be revealed later. 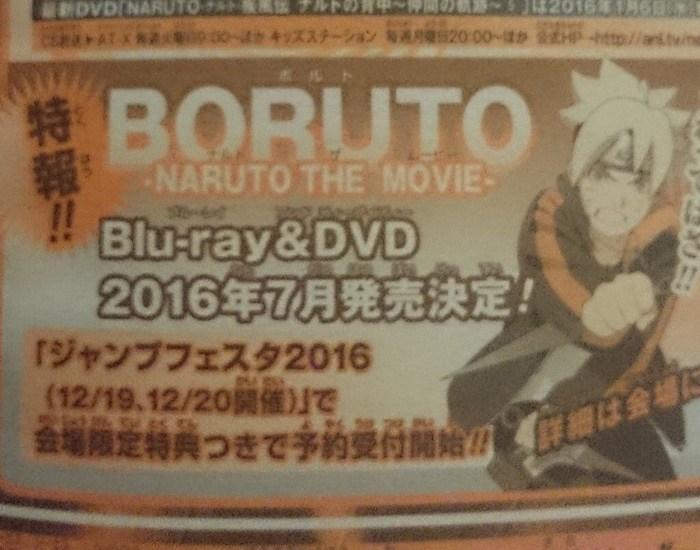 In addition to the release, the magazine also pays attention to the upcoming Naruto stage show, which will be on during the first day of the 2016 Jump Festa event on the 19th. The show will be running from 3:00pm JST till 3:30pm JST. There is also a countdown website on Weekly Shonen Jump that will reveal information about the series’ Next Generation.

The film is the 11th overall film in the Naruto franchise set after the events of the manga, which has enjoyed enormous success in Japan. After its first month of release in August, the film has earned over ¥2.02 Billion (~ US$16.8 Million) in the 3 weeks that the film has been out. It has even outearned the previous films in the franchise, The Last -Naruto the Movie- which earned a total of ¥2 Billion (~ $16 Million USD) in its entire run andRoad to Ninja: Naruto the Movie, which ended at ¥ 1.46 billion (~ $12.4 million USD). Boruto -Naruto the Movie-finished its theatrical run at a total of ¥2.58 billion (~ $20.9 million USD).

Following the story where The Last and the Naruto manga left off with Hinata Hyuga and Naruto falling in love and getting married, the movie introduces the two’s hot-headed son that is left in need of paternal guidance while his father protects the Hidden Leaf Village as Hokage. Sasuke, Naruto’s former teammate, rival, and closest friend is now Boruto’s teacher along with his and Sakura’s own daughter, Sadara. While a major plot point of the original Naruto series was Naruto’s lack of biological and general paternal figures, he is displayed at doing his best to be the father Boruto deserves and the one he always wanted growing up. 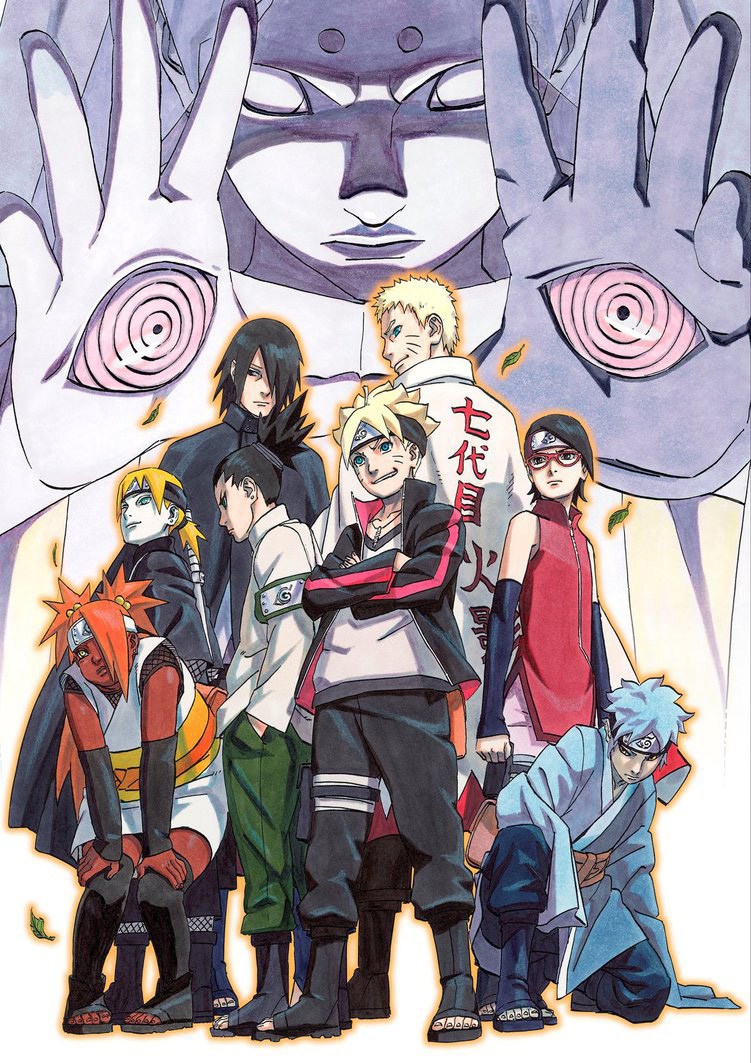