The wraparound jacket of the 19th volume of Akira Hiramoto’s Prison School manga which will go on sale on December 4 will be revealing that the manga will get an OVA. 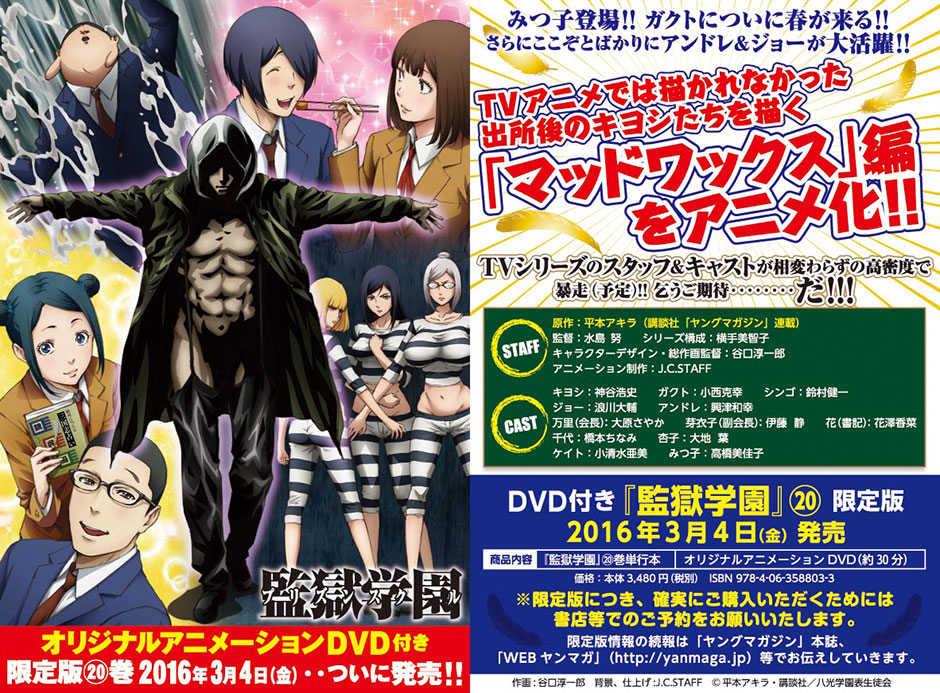 The OVA will be released with the limited edition of the 20th volume of the manga, which will go on sale on March 4, 2016. The staff and main cast of the TV anime will return for the new episode, adding Mikako Takahashi (Sakura Mizukami from D-Frag!) as the voice of Mitsuko Yokoyama.

The OVA will feature the previously unanimated “Mad Wax” arc from the manga, after (Spoiler, highlight the text to read) Kiyoshi and the others leave the facility.

The main cast from the TV anime includes:

Additionally, the director of the anime has noted that a second season of the series is questionable.