The official website for the Punchline TV anime began streaming the third promotional video on Sunday. In addition to this, a new key visual was posted and it was revealed that Shoko Nakagawa (Shokotan) and Dempagumi.inc perform the opening theme “PUNCH LINE!”, under the group name, “Shokotan Dempagumi.inc.”

The new key visual’s tagline reads, “Once he sees panties, humanity is destroyed!?” Writer Kotaro Uchikoshi (Ever17) told Famitsu magazine that a game project is in the works. 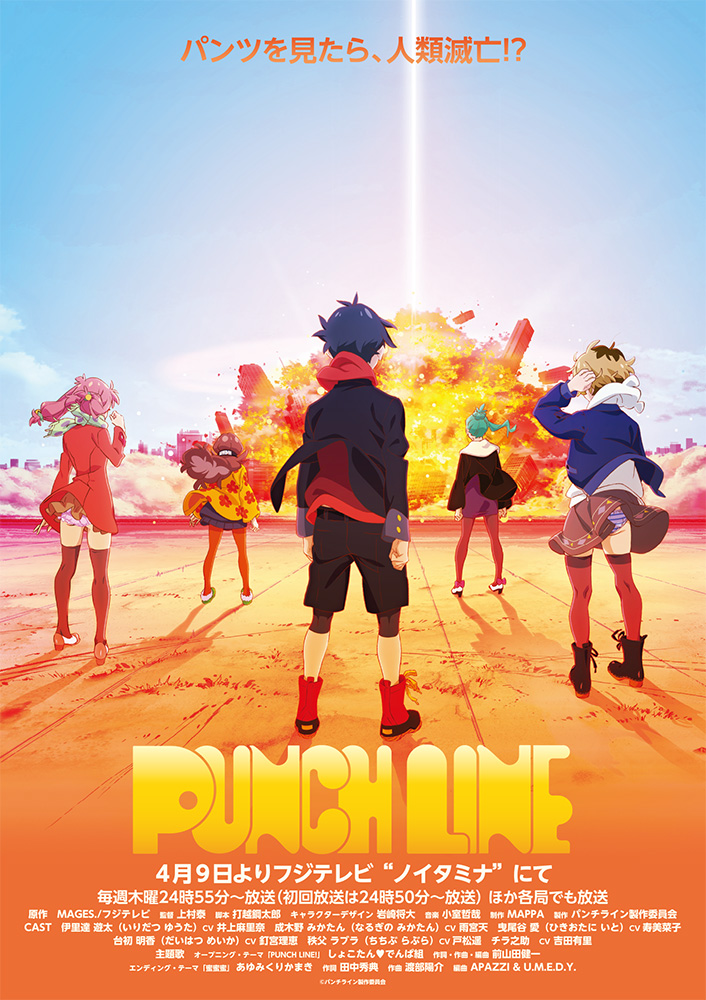 Punchline is an upcoming Japanese anime television series produced by MAPPA. The series follows Yuuta Iritatsu, whose spirit has been separated from his body. The series is directed by Yutaka Uemura (Dantalian no Shoka), with scripts by Kotaro Uchikoshi, music by Tetsuya Komuro (Vampire Hunter D), and character designs by Shouta Iwasaki. It will premiere on Fuji TV’s Noitamina block in April 2015.

The series follows Yuuta Iridatsu, whose spirit has been separated from his body.