Home Anime Purchase All Your Anime with the New Love Live! Credit Cards

Get ready to buy all your anime needs with this new stylish credit card. Japanese credit card company Mitsubishi UFJ NICOS have announced that they will be producing a special line of credit cards themed after Sunrise’s popular idol anime Love Live! School Idol Project. The new cards are part of their Viaso campaign and will be issued from January 22nd. 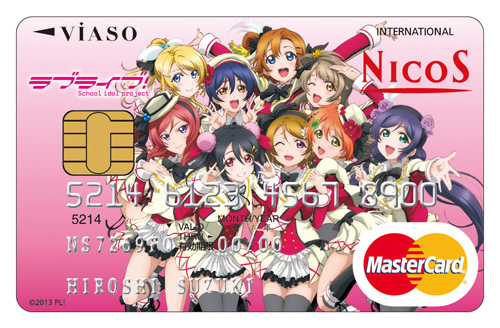 The brand new card is part of Mitsubishi’s Viaso brand and utilises the MasterCard service to handle transactions, which can be used in over 430 online stores in Japan and overseas. There is only one design for the campaign for now, which features the main characters for the anime from the Opening to the second season of the Love Live! School Idol Project anime. The cards will be part of  Mitsubishi’s Viaso campaign, which aims to attract new young customers with a host of benefits for utilising their card, such as earning points for every ¥1,000 (~ $8.43 USD) spent at selected stores.

Additionally, members who join the campaign will receive the following special sticker, among other gifts. 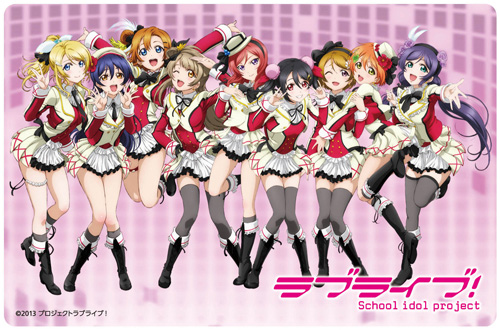 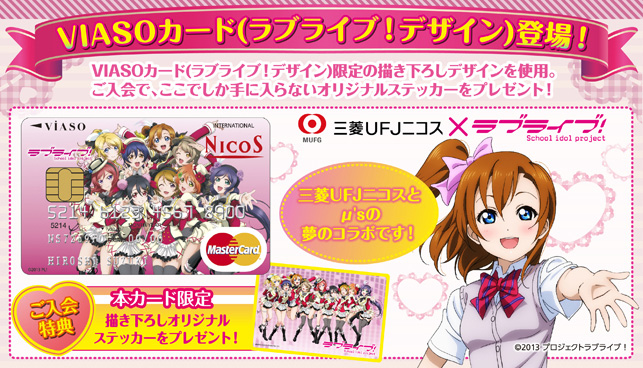 The new line of Love Live! School Idol Project credit cards will require registration with Mitsubishi UFJ NICOS, where you can join from January 22nd. For more information, visit the official page of the cards here: http://www.cr.mufg.jp/landing/nicos/apply/viaso_ll/index.html