Home Anime Saber and Caster Share Some Bondage Time Together

A brand new visual for the upcoming second season of Fate/stay night: Unlimited Blade Works has been revealed in the May issue of Megami. The new visual shows a tied up Saber in a white dress who appears to be captured by Caster. 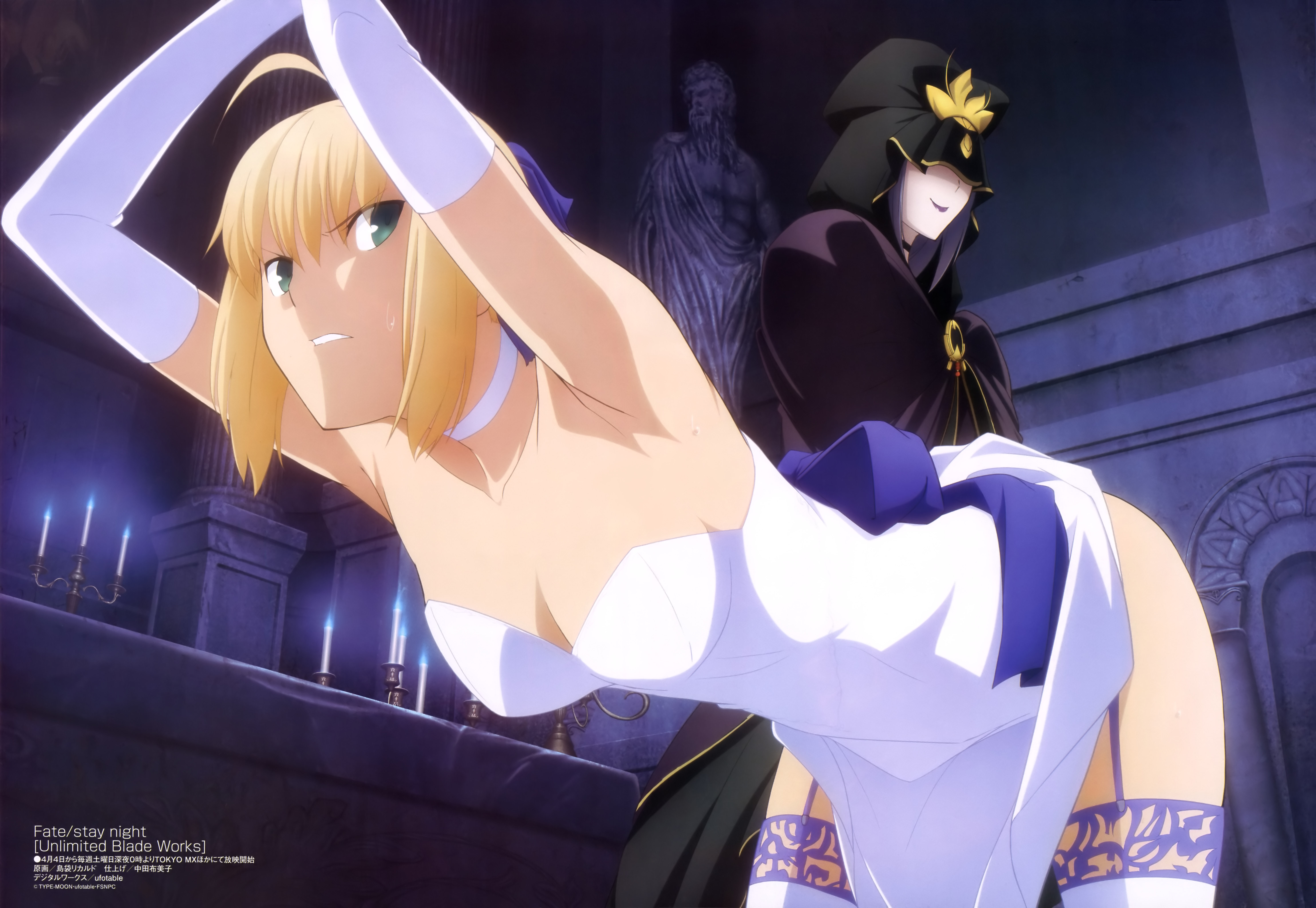 In addition to this, two brand new commercials were streamed for the second season of Fate/stay night: Unlimited Blade Works anime at AnimeJapan 2015, which will be airing from April 4th. The new commercials themselves focus on the main characters Shirou and Archer, and also previews the Opening theme Brave Shine by Aimer.