A new key visual for the upcoming anime adaptation of Nagaru Tanigawa and Puyo’s The Disappearance of Nagato Yuki-Chan (The Vanishing of Nagato Yuki-Chan) has been revealed in the May issue of NyanType magazine. The new visual features Yuki Nagato and Haruhi Suzumiya in gym clothes preparing for physical activity. 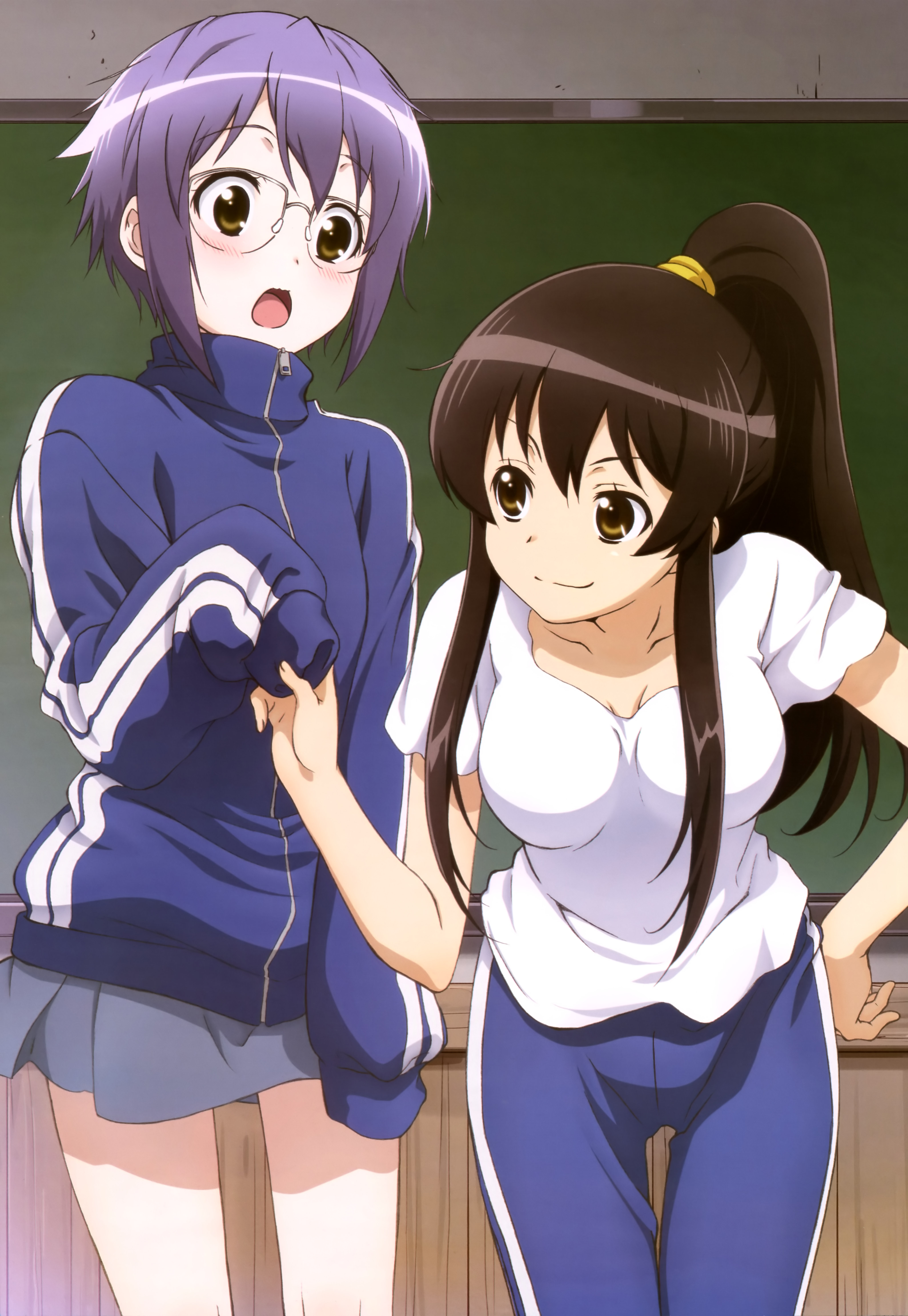 In addition to this, a new visual featuring the return of Haruhi Suzumiya in her Kouyouen School uniform leading the Literature Club, much to the detriment of Kyon was revealed in the latest NewType: