The 14th volume of Nisekoi has a band on it that announces a second season of the anime adaptation of the hugely popular manga is coming out. Details are scarce right now, but future issues of Shonen Jump will have more information. Written by Naoshi Komi, Nisekoi started back in 2011, and since then, it has become one of the most popular manga in recent times. 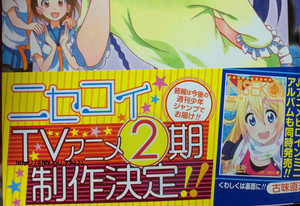 The manga for Nisekoi has already spawned one anime season and two OVAs which will come with the 14th and 16th volumes respectively. The original cast and the animation studio, Shaft, are returning for the OVAs. Chances are, they will also return for the second season. 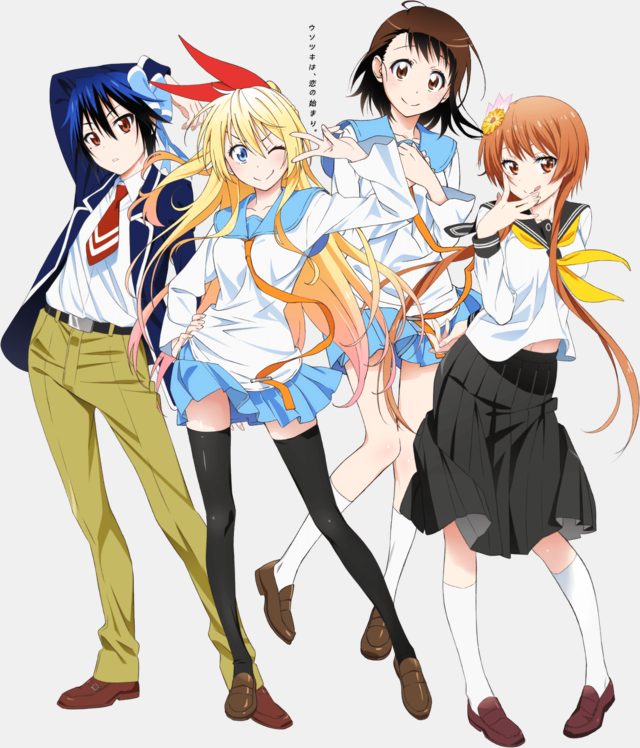 Here’s a synopsis from Haruhichan:

Are you guys excited for Nisekoi’s return? If you are still on the fence about watching Nisekoi you can check out our review here.