According to Monthly Hero’s Magazine, the dark-fantasy seinen manga, Sword Gai, will receive an anime adaptation slated for Spring 2016. The anime will be produced by a flash-anime studio, DLE (High Score, Double-J, Kantoku Fuyuki Todoki) and Fields entertainment. The anime’s character designer will be Amamiya Keita (Garo: Honoo no Kokuin).

The manga was written by Inoue Toshiki (who is known as the scriptwriter for Death Note, Fullmetal Alchemist and Detective Conan) and was illustrated by Kine Wosamu. It began serialization under Heroes in 2012 and has three tankoubon volumes. The fourth compiled volume of the manga will be published by Shogakukan Creative on October 4. More details will be announced. 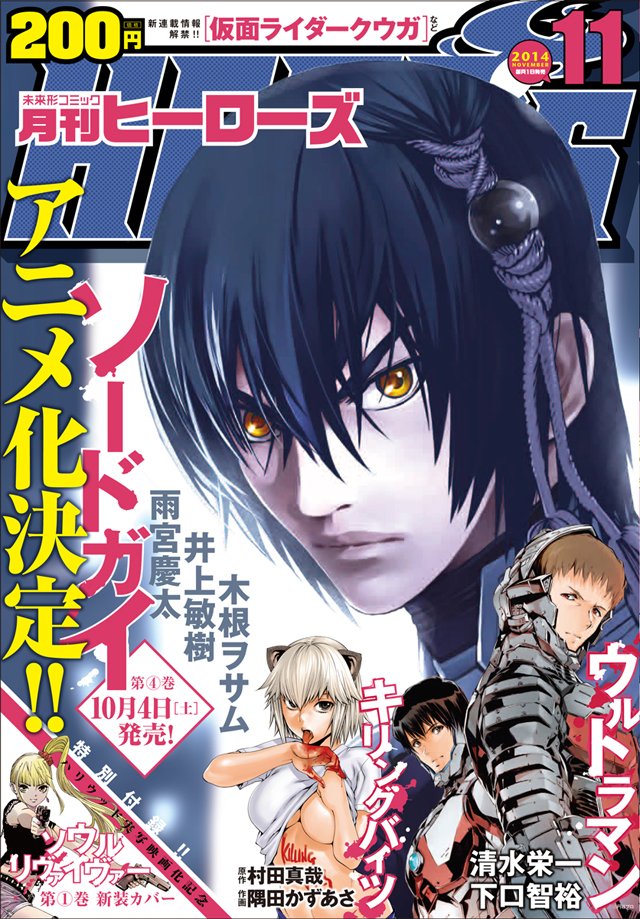 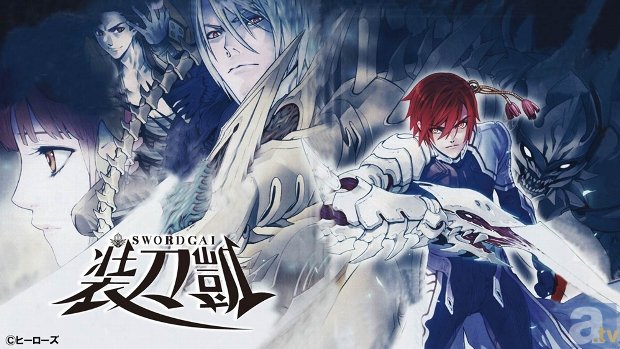 A woman died a suspicious death in the forest. Beside her, the sword-smith Amon finds a new-born boy with a tragic fate and takes him in. About 10 years later, this boy who is named Gai and who has become Amon’s apprentice, loses his right arm in an accident while making a sword. Amon decides to take a sword called “Shiryuu”, which is a sword with demonic powers that has been passed down for generations, and fashion it into an artificial arm for Gai. That was the beginning of it all…

The story of this boy, who has become one with a demonic weapon and is drawn into a cruel fate in which he must face countless battles, can be seen as either the story of “a beautiful weapon and an ugly person” or of “the cruelty of weapons and the beauty of humans”. This is a completely new world of comic noir.