SHAFT animation studio will be launching a special exhibition to celebrate the studio’s 40th anniversary this year. Starting on November 27, the “Madogatari” exhibit will open in Tokyo and run for almost a week before moving to Osaka on December 22 and then Sapporo on February 2.

The exhibit is currently hosting an scroll-through gallery on the website which was launched earlier this week, combining sketches from the Mahou Shoujo Madoka Magica and the Monogatari series. 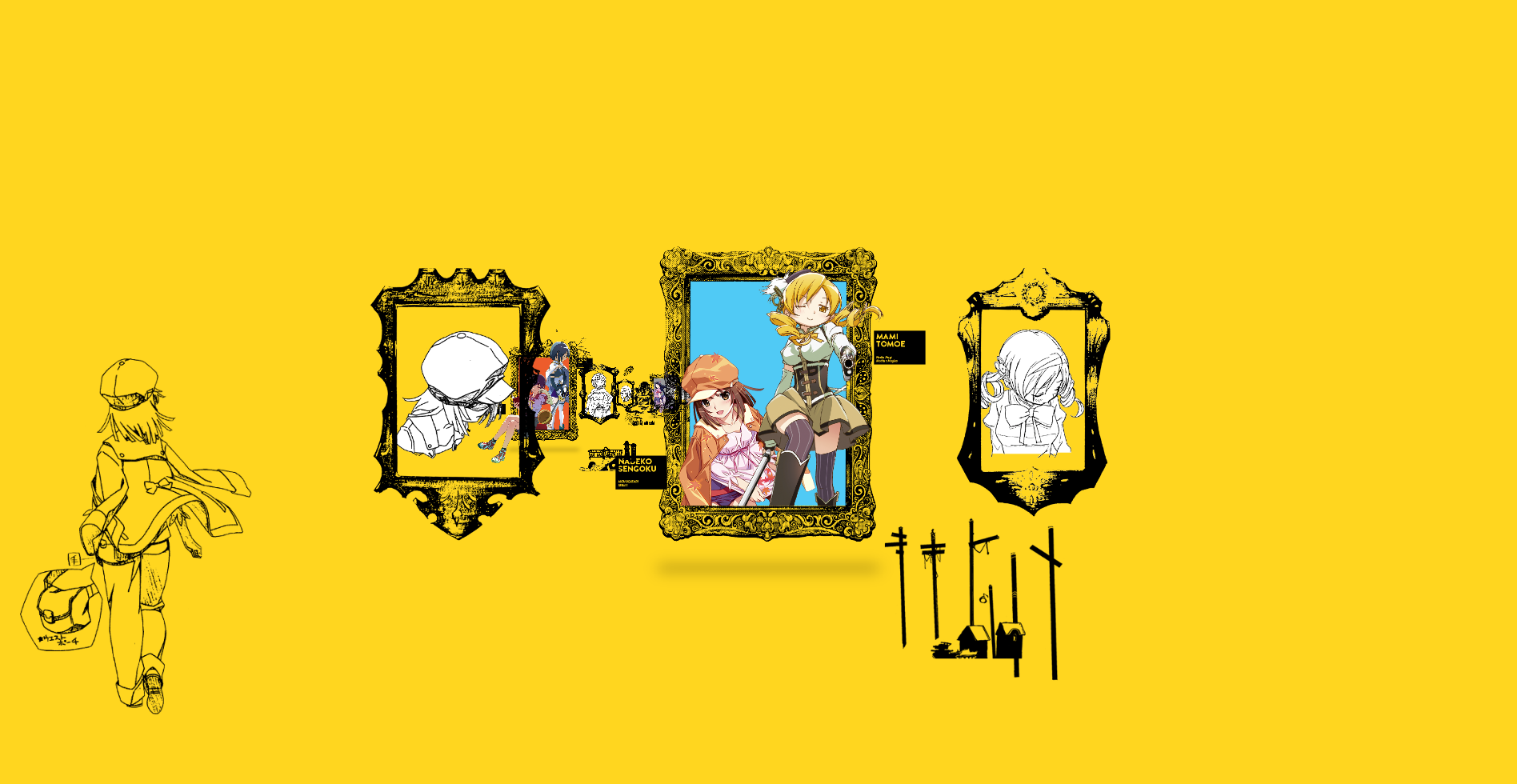 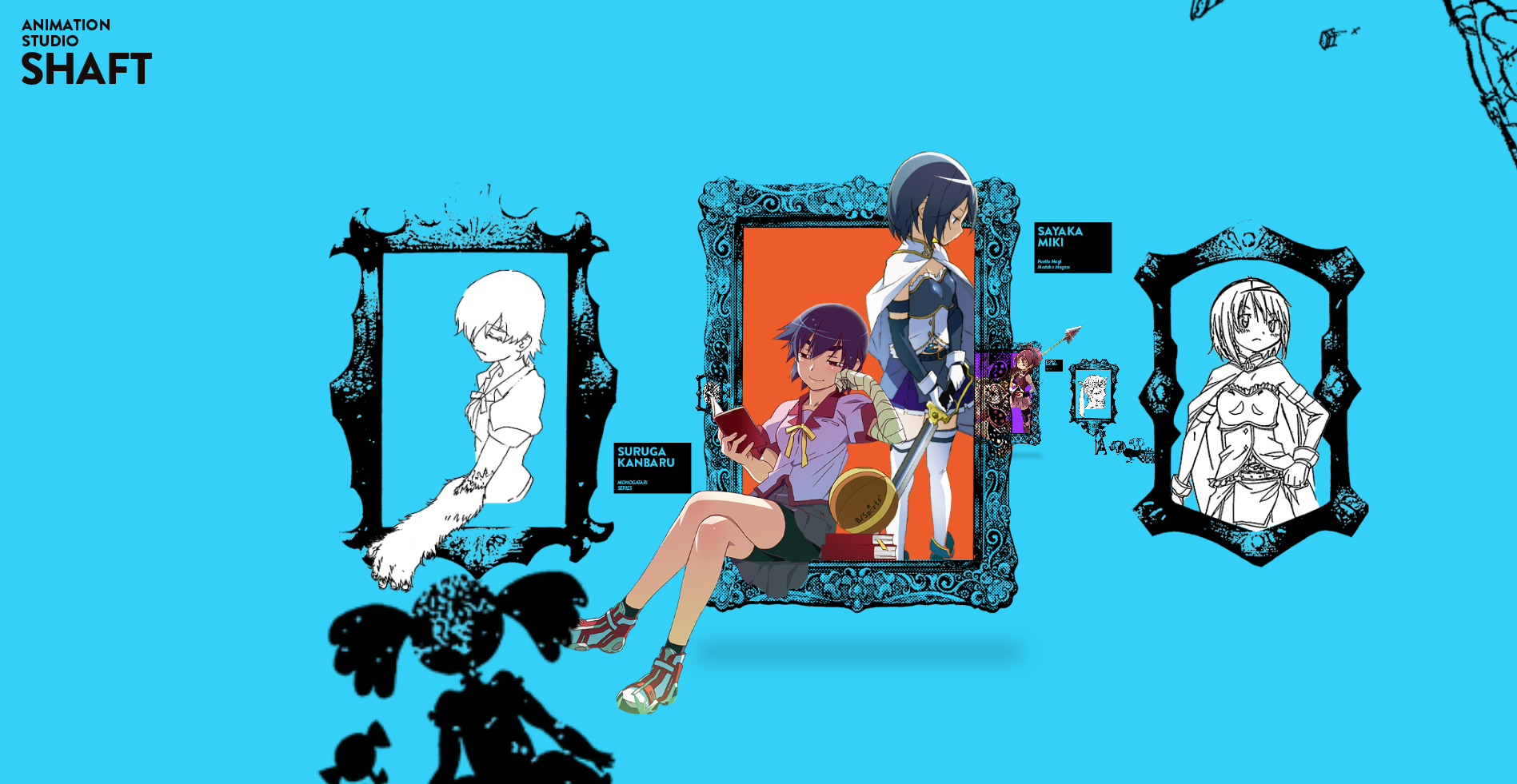 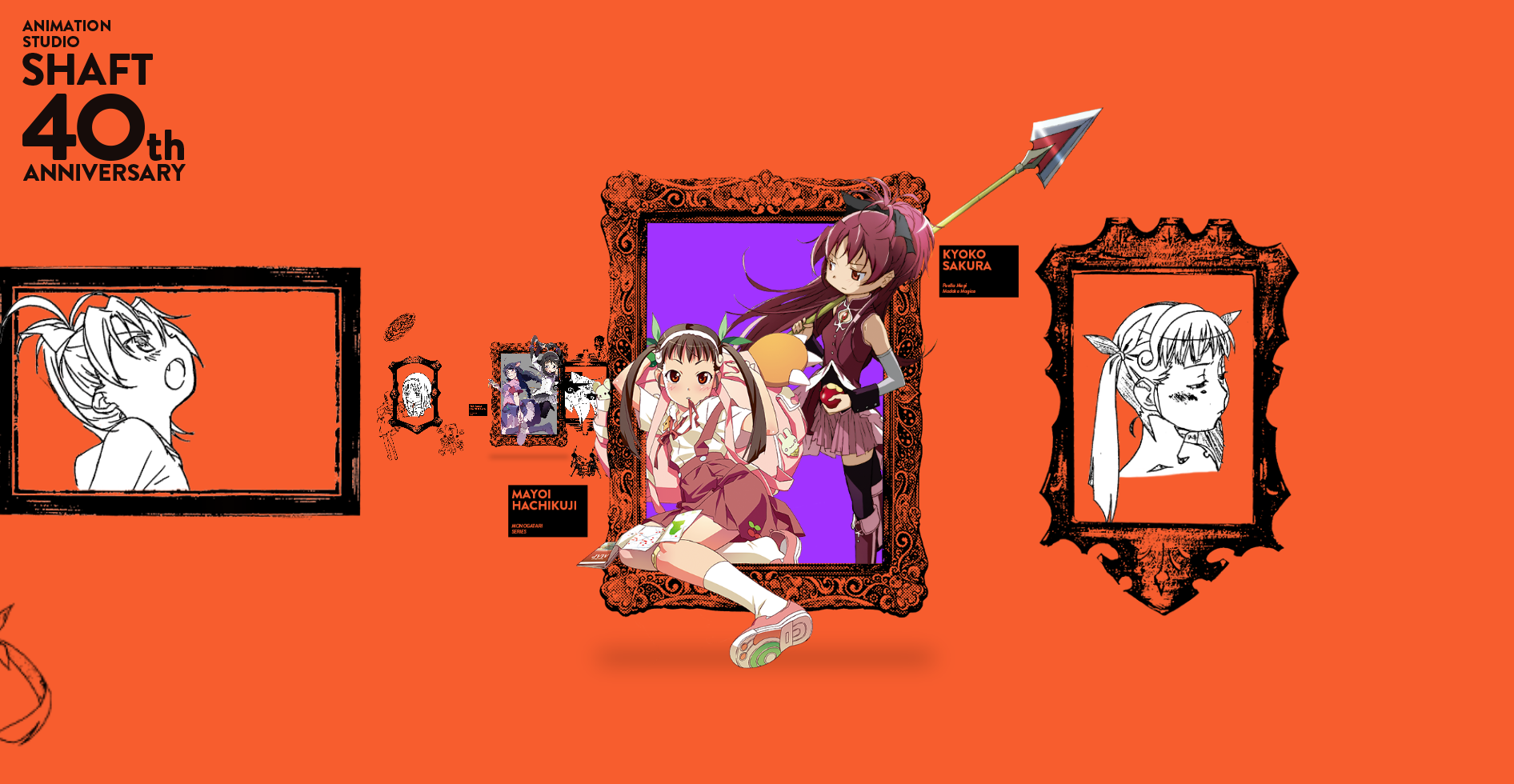 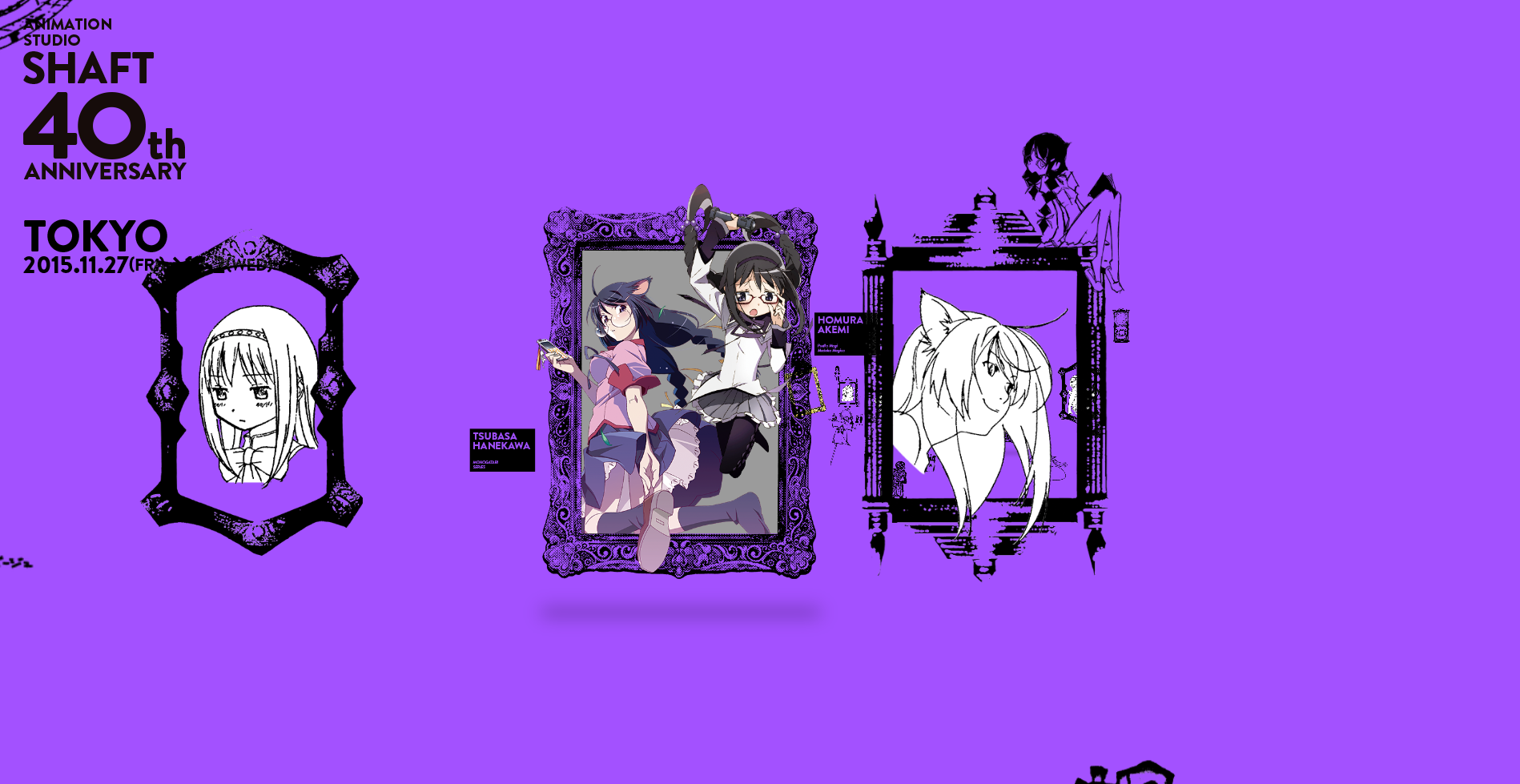 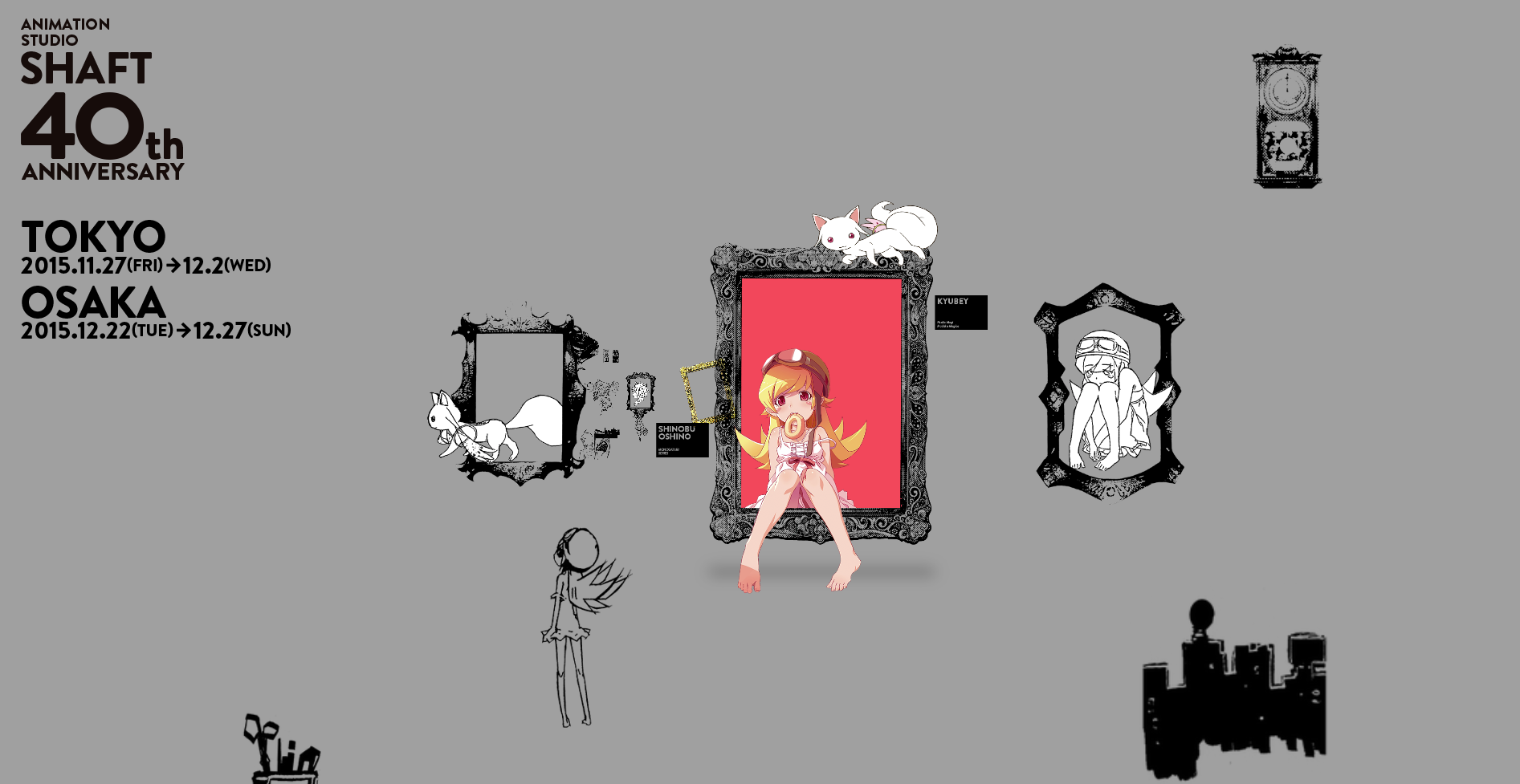 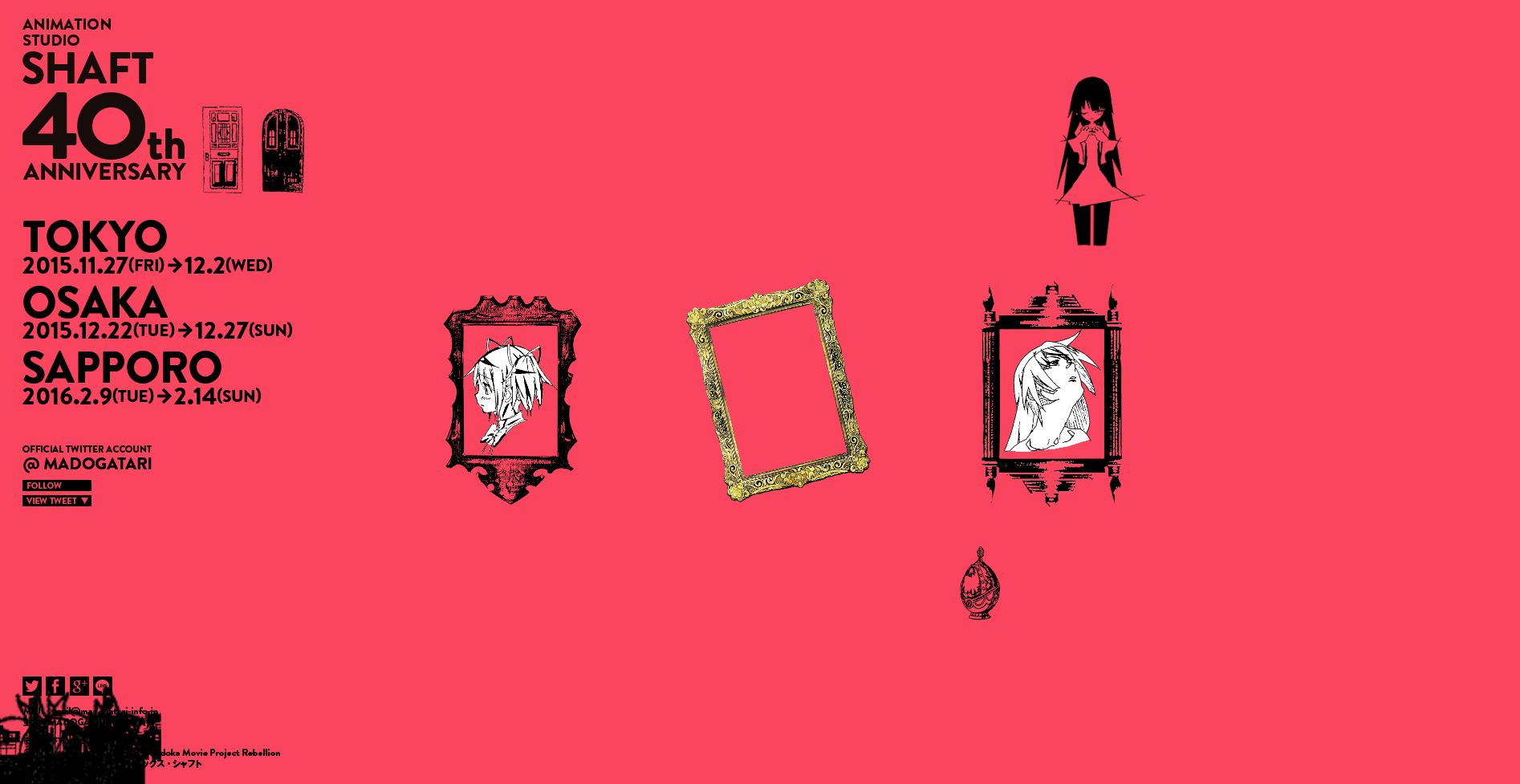