The official website of the upcoming anime adaptation of Chika Umino’s March Comes in Like a Lion (Sangatsu no Lion) manga has revealed the first visual for the October series. In addition, the first character designs and production staff were also revealed. 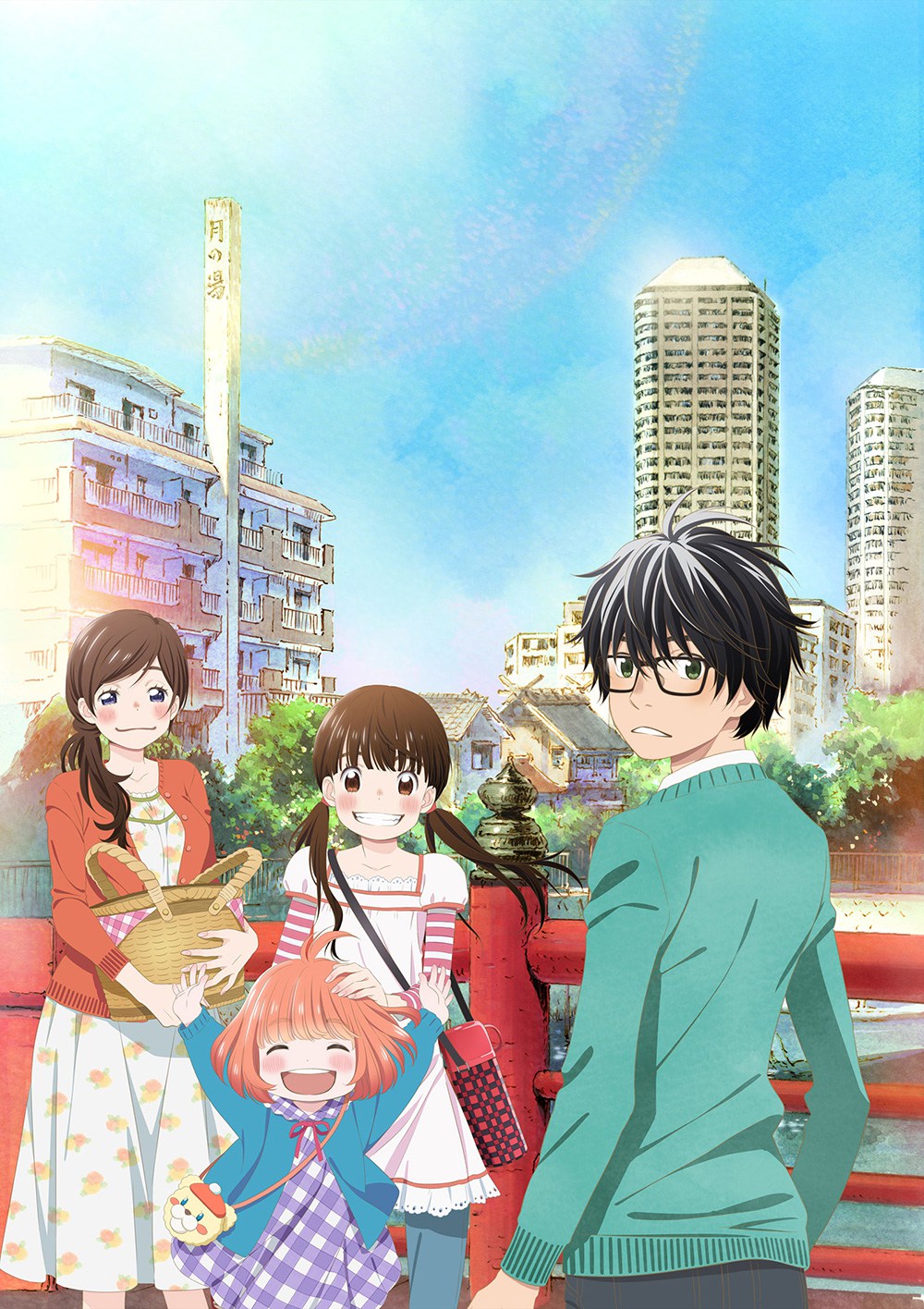 The anime’s website has revealed a couple of visuals for the main characters:

The first members of the anime’s production staff were also revealed, which includes:

March Comes in Like a Lion is an ongoing manga series by Chica Umino, best known for Honey and Clover. It began serialization in Hakusensha’s seinen manga magazine Young Animal from its fourteenth issue in 2007 (published on July 13, 2007). A television commercial announcing the series was aired by Hakusensha on numerous Japanese television stations, which was also posted on its official website. Eleven tankobon volumes of the series have been released. A television anime adaptation has been announced and is scheduled to air in October 2016.

March Comes in Like a Lion synopsis from MAL:

Rei Kiriyama is a 17-year-old boy who recently started living alone, financed by his salary as a professional Shogi player. Despite his independence, however, he’s yet to mature emotionally, and his problems continue to haunt him in his daily life. His relationship with his adoptive family is strained, and he has difficulties interacting with his fellow high school students. Meanwhile, his professional career has entered a slump. Burdened with the heavy expectations placed on him as the fifth to become pro in middle school, his wins and losses are fluctuating as his record and progression into the ranks begin to stagnate.

Acquainted with Rei are the three Kawamoto sisters: Akari, Hinata, and Momo. Unlike Rei, they live happily in their modest home, which they warmly welcome Rei into as if he were one of their own. Despite his reservations about becoming too close to the family, he frequently visits, interacting with them and receiving the kind of care and affection he never quite had while under his foster home.

This is the story of Rei’s triumphs and failures, relationships new and old, and his growth as a person. 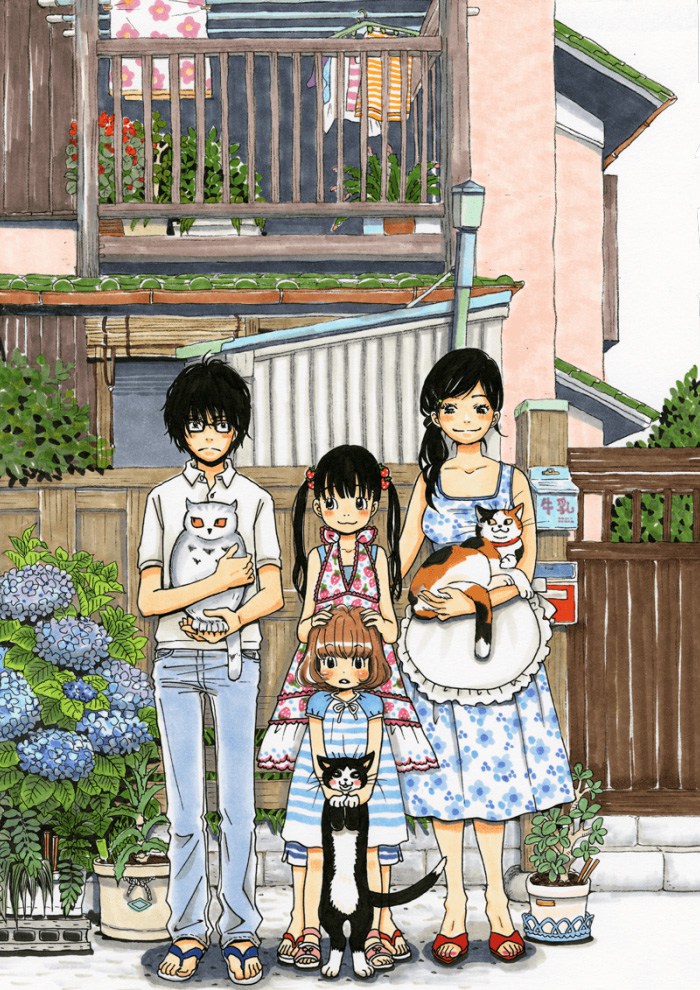 An anime adaptation of Sangatsu no Lion is currently in production for October on NHK, during the Fall/Autumn 2016 anime season. Additional information about the anime will be revealed at a later date.