A television anime adaptation of Ichigo Takano’s dramatic shoujo manga Orange has been green-lit and is slated to premiere in summer. The first key visual for the series and staff members were also revealed. 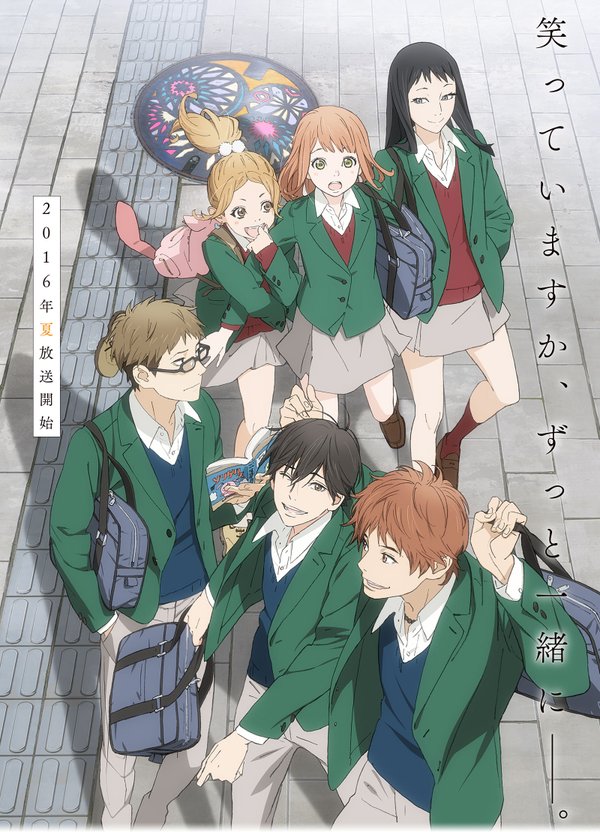 Orange is a slice of life romance shoujo/seinen manga series written and illustrated by Ichigo Takano. It was first serialized in 2012 in Bessatsu Margaret manga magazine and later in Monthly Action. It has been compiled into 5 volumes so far. It’s published in English (online) by Crunchyroll, in French by Akata and in Spain by Ediciones Tomodomo. A live action film adaptation of the same name was released on December 12, 2015. A television anime adaptation has been green-lit.