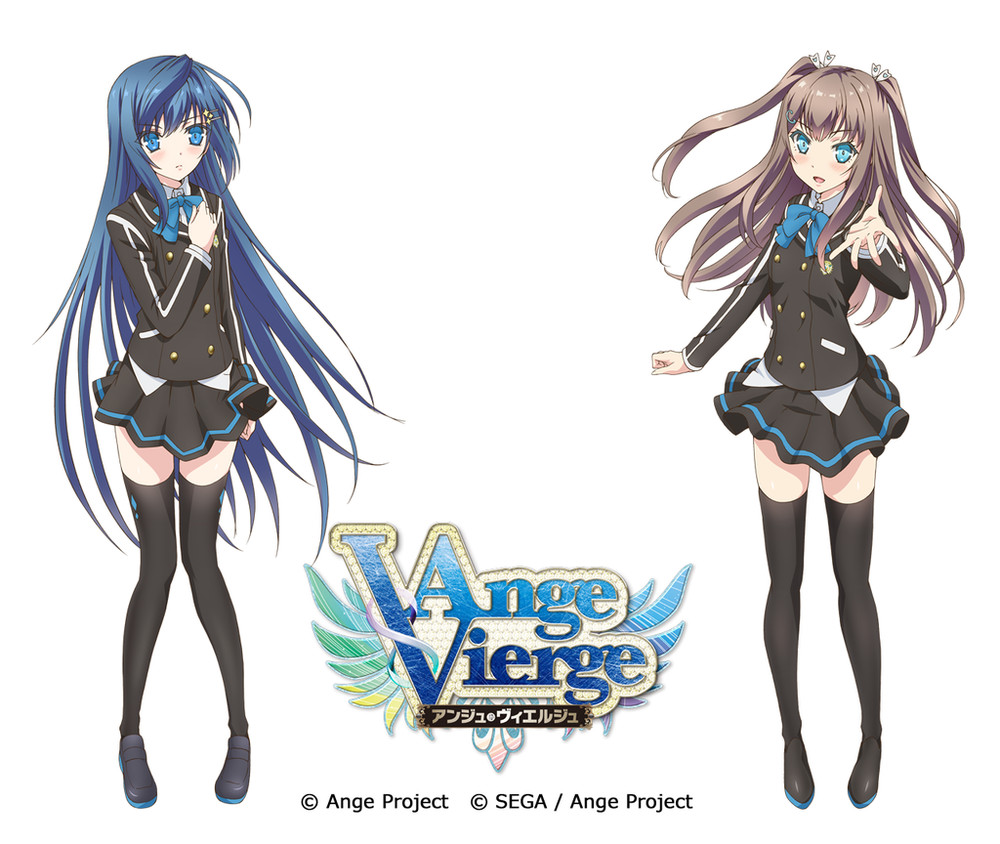 The cast so far includes:

Ange Vierge is a Japanese trading card game released by Fujimi Shobo and Media Factory, two brand companies of Kadokawa Corporation. It was first announced in 2013. The franchise has a theme song by L.I.N.K.s, a group composed of the voice actresses Yuuka Aisaka, Mai Ishihara, Nozomi Yamamoto, Rie Takahashi, and Yoshiko Ikuta.

A manga adaptation titled Ange Vierge Linkage by Mako Komao with art by Sakaki Yoshioka began serialization in Fujimi Shobo’s shonen manga magazine Monthly Dragon Age from 2014. An anime adaptation has been announced and will air in January 2016.

Synopsis of the franchise from ANN: