The January issue of Shueisha’s Jump Square magazine announced on Friday that NisiOisin (Monogatari Series, Katanagatari) will draw a new series with Akira Akatsuki (Muri wo Shouchi de Koibito desu, Toshokan Kyuuseishu Club). The duo are reuniting for a new series titled Shounen Shoujo, it will debut in Jump SQ’s February issue, to be released on January 4. 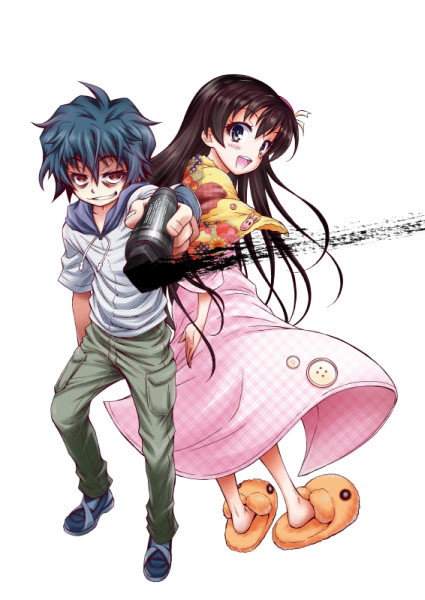 The magazine teases, “What can be seen clearly in a society that lacks hidden individuality…?”

The duo had previously worked on Medaka Box, which was serialized in the Japanese magazine Weekly Shonen Jump, published by Shueisha between May 2009 and April 2013. As of February 2013, Shueisha has compiled its chapters into 22 bound volumes. It was adapted into an anime television series that aired between April 5 and June 21, 2012. A second season aired between October 11 and December 27, 2012.