The cover of this year’s seventh issue of Kodansha’s Weekly Shounen Magazine will be announcing on January 13 that Tsuyoshi Yasuda’s Days soccer manga is getting a TV anime adaptation. The issue will also feature a color opening page for the manga. 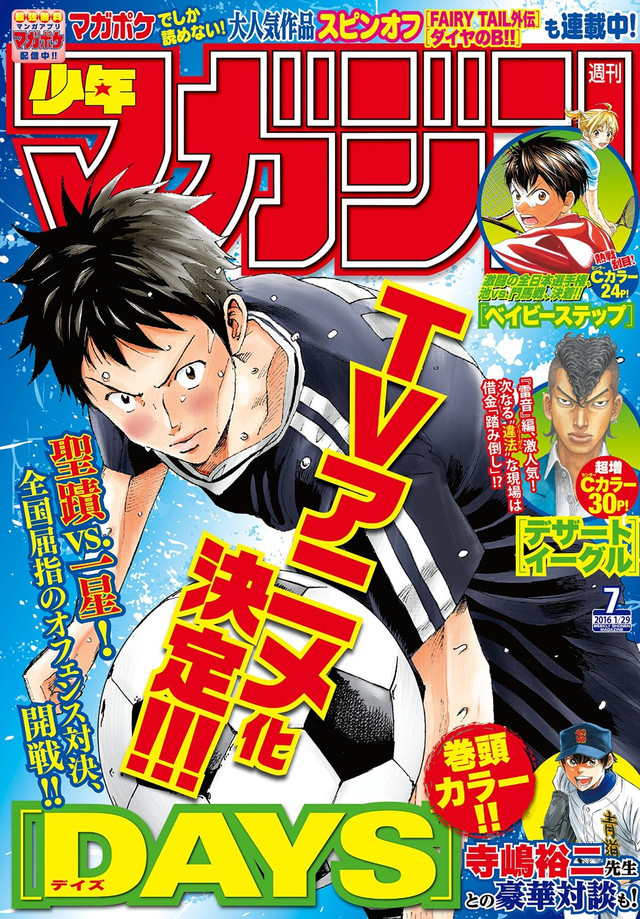