A new visual for the anime adaptation of Yasuhiro Nightow’s Kekkai Sensen (Blood Blockade Battlefront) manga series has been featured as a double page spread in the July issue of Japanese anime magazine Animedia. The new visual features Klaus von Reinherz, Leonardo Watch, Zapp Renfro and others enjoying a nice time at the sea. You can purchase this issue of the Animedia magazine here. 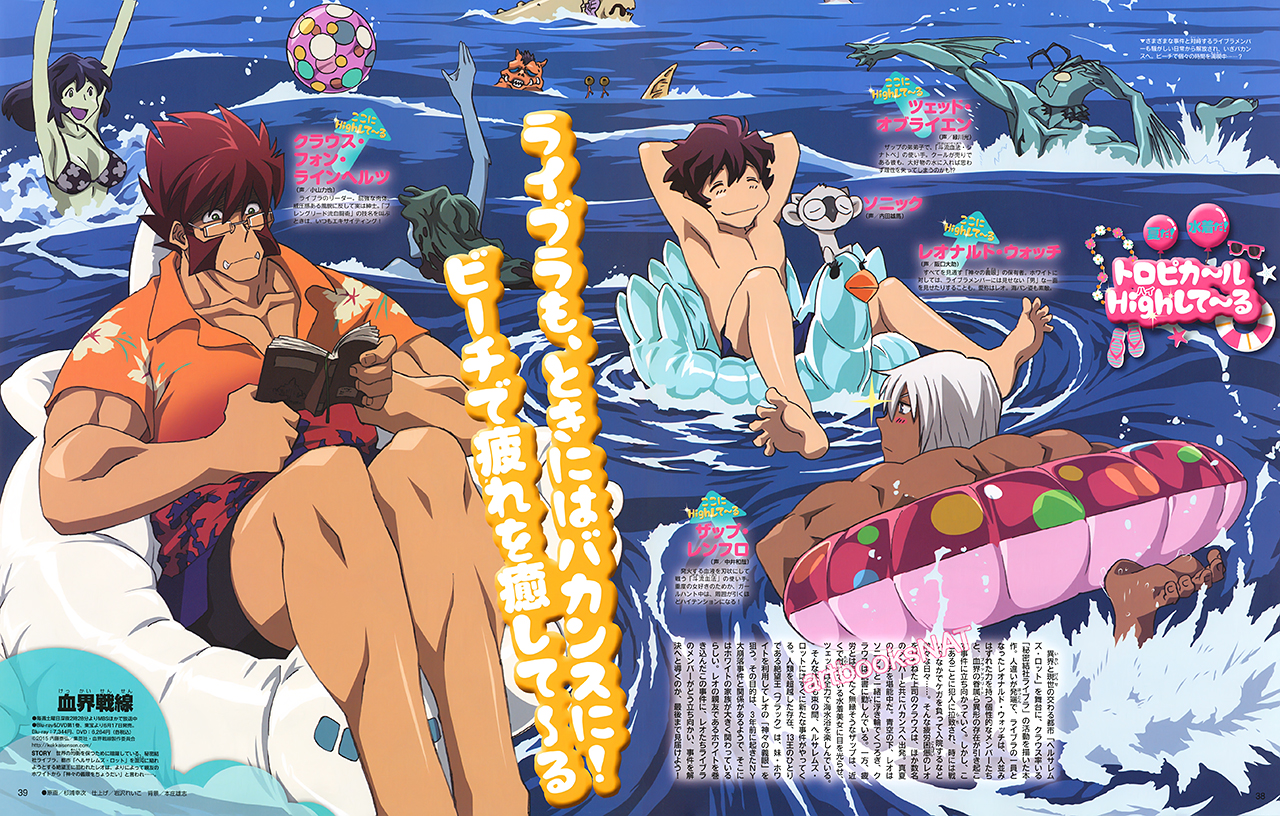