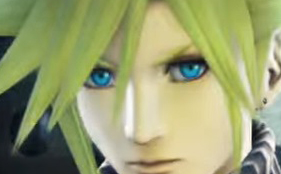 Cloud is among several crossover characters from non-Nintendo titles such as Ryu, Sonic, and Snake, and like them, will be warmly welcomed by fans worldwide. He will be available for both Wii U and 3DS versions of the game.