Home Anime Super Sonico & Her Band Wishes You a Merry Christmas with Her...

Nitroplus’s mascot Super Sonico is back with her band First Astronomical Velocity and they are celebrating the season by streaming their Christmas song “Very Merry” on Spotify and Google Play. The song from album Love & Peace Plus starts with Sonico wishing her fans a “Happy Christmas” in English. With lyrics credited to Super Sonico and arrangement by Swinging Popsicle’s Hironobu Hirata, “Very Merry” is also available from music download services worldwide. 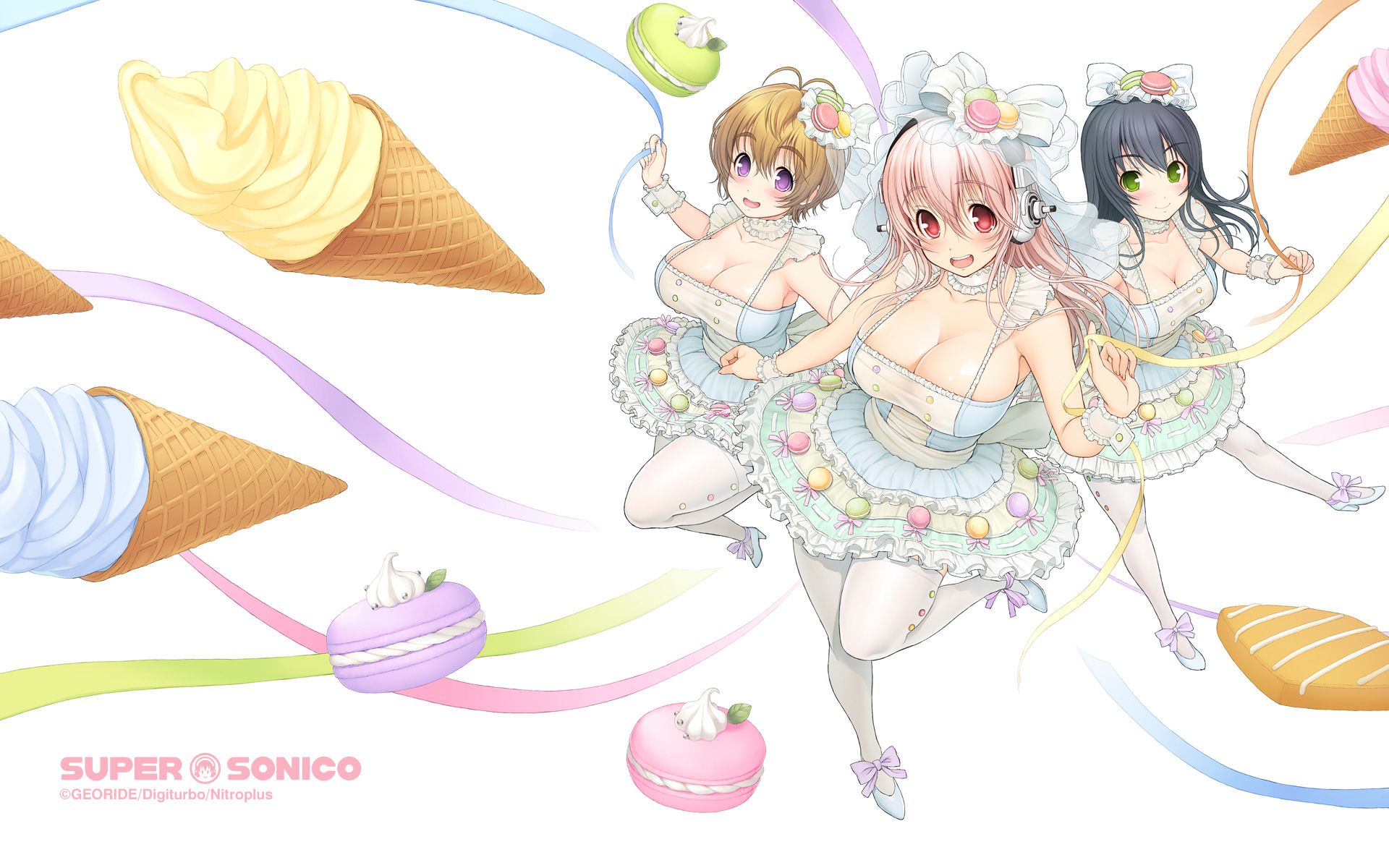 Here’s a bio of the band from this announcement:

First Astronomical Velocity (also known as FAV, or Daiichi Uchuu Sokudo) is a three-piece girls rock band who debuted in 2010 with “Superorbital”. The band has released 2 full albums and numerous singles including game themes for SoniComi (Communication with Sonico) and the recent anime series SoniAni: Super Sonico The Animation, including “Love The World,” “Sky Love Hurricane,” and “SUPERORBITAL”. FAV’s second full album, Love and Peace Plus (Love and II +), broke into the Top 50 on the Oricon charts in 2012.

Here are some of the previous Christmas illustrations since it is the season: