Nitroplus’s mascot Super Sonico is back once again, and this time with a new limited time Valentine’s themed wallpaper illustration. She can be seen wishing you a happy valentine with a piece of pocky in her mouth, will you accept the gift? 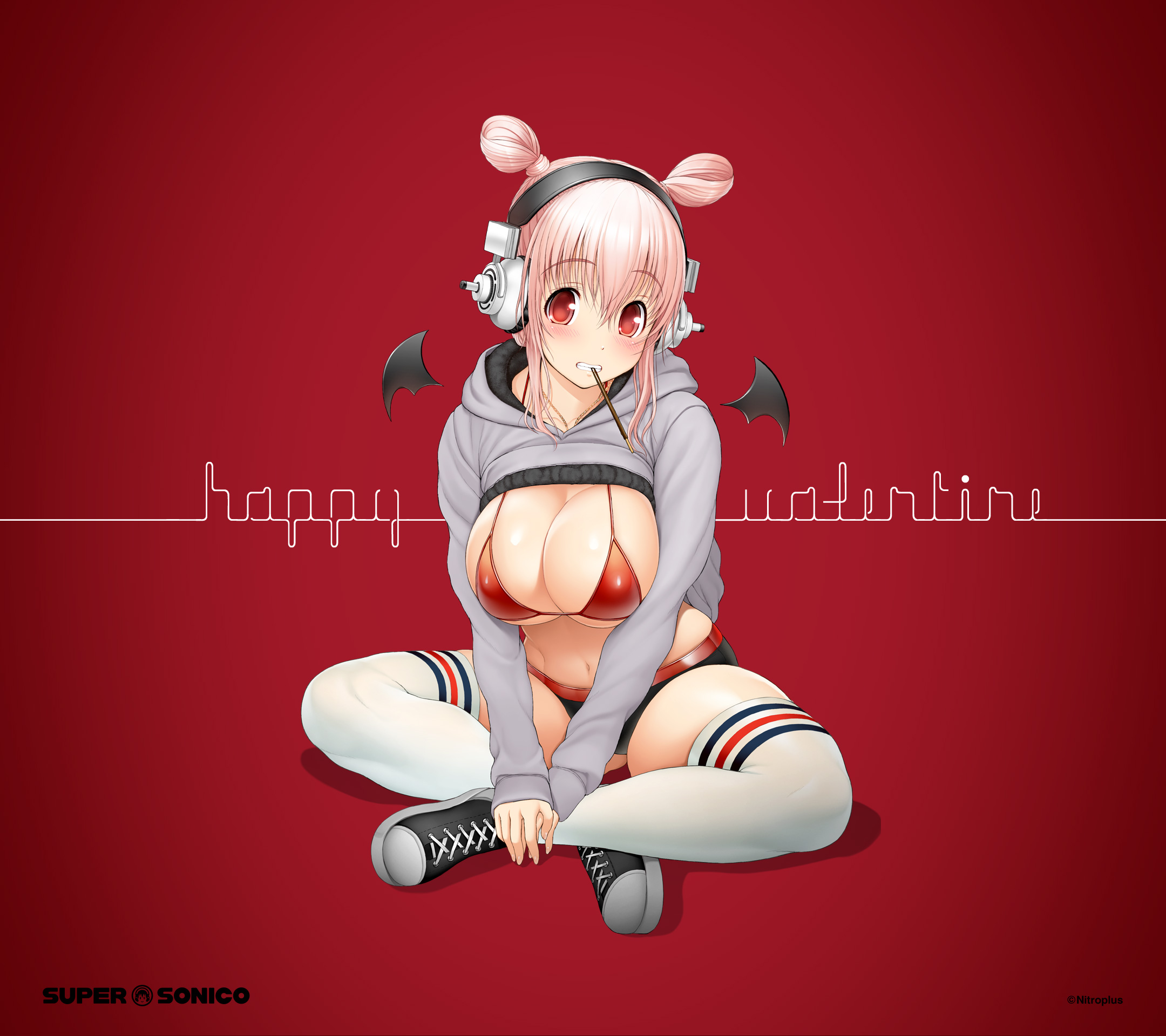