Almost nine years after the initial release of Death Note that ended in 2006, manga artist Takeshi Obata has revealed in his newest work, Gakkyu Hotei, that another live action Death Note is currently in the works – this time to be a TV drama. The show’s release date is set to air this summer in July, however there has not been any information released about a returning cast from the anime’s original live action movies.

The information was originally released in the panels of Gakkyu Hotei below. 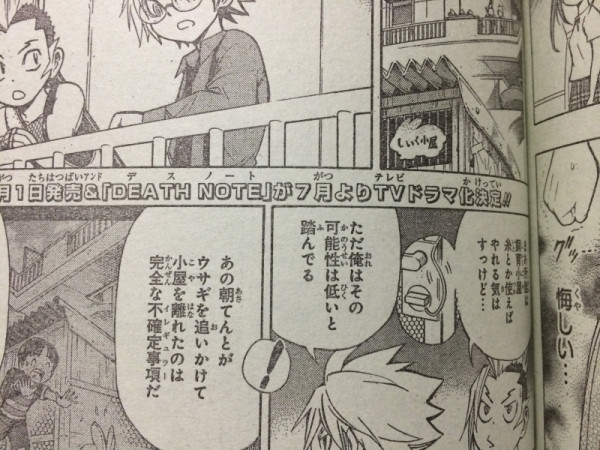