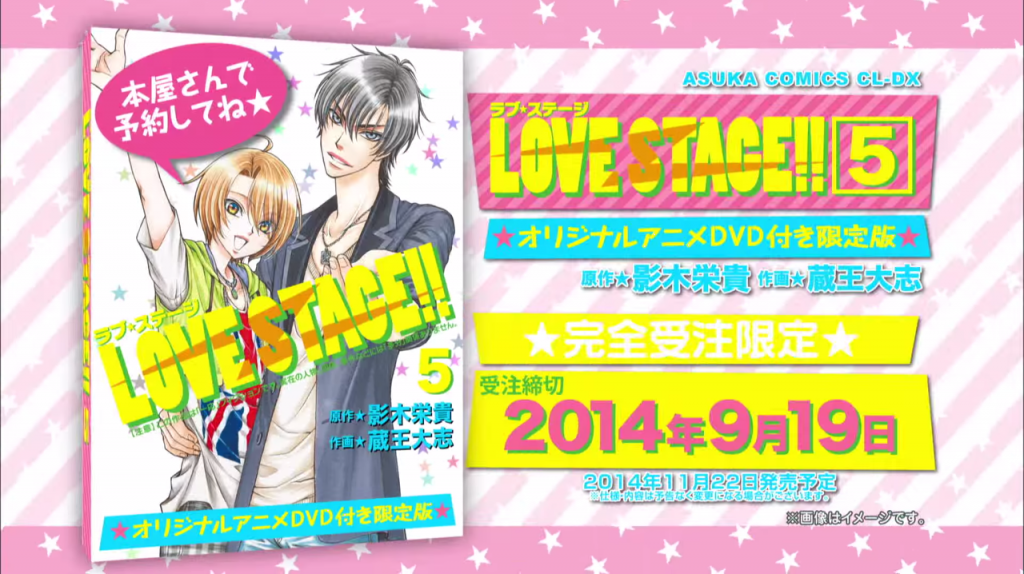 The OVA episode for currently airing yaoi comedy Love Stage!! has recently been announced  – slated to be released on the 22nd of November, bundled with the 5th volume of the popular manga. The episode will release well after the end of this season – as it runs only a total of ten episodes, however fans of “boys love” will be pleased to hear the announcement. While short and not much to go by, the teaser can be seen below!

For those who have yet to start the series, if you are a fan of yaoi anime with a unique, (almost shoujo) art style and a slight idol twist, Love Stage!! might be the show for you! Preorders for the manga coupled with the OVA DVD can be signed up for here!