On the 14th compiled book volume of Yu Sasuga and Kenichi Tachibana’s Terra Formars manga a wraparound jacket band revealed that the anime will receive a sequel. Also according to the band, the manga series has had a total of 13 million copies in print. 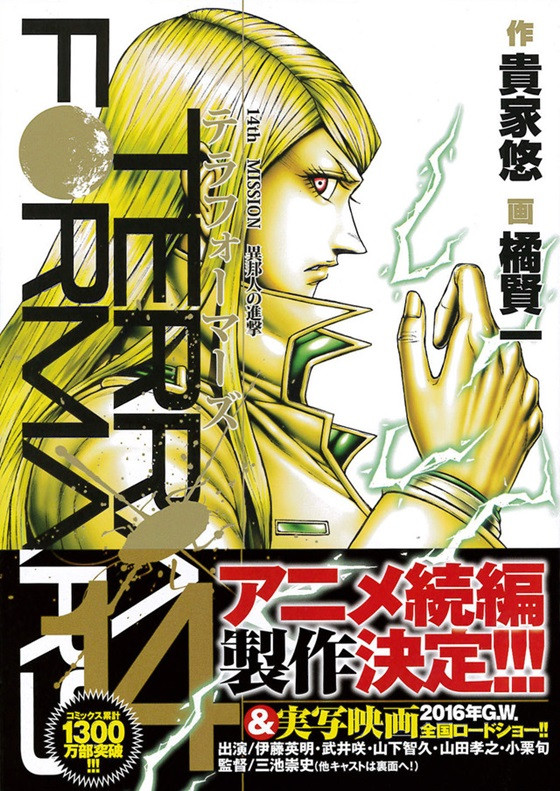 In addition to this, the official website of the live-action film adaptation of Yu Sasuga and Kenichi Tachibana’s Terra Formars manga began streaming a teaser for the film on Friday.