This year’s 50th issue of Shueisha’s Weekly Young Jump magazine will be revealing on Thursday that the second season of Terraformars, titled Terraformars Revenge, will be produced by LIDENFILMS and TYO Animations. New staff members will be involved with the production, while cast members from the first season will reprise their roles from the first season. The series is expected to broadcast in April 2016. 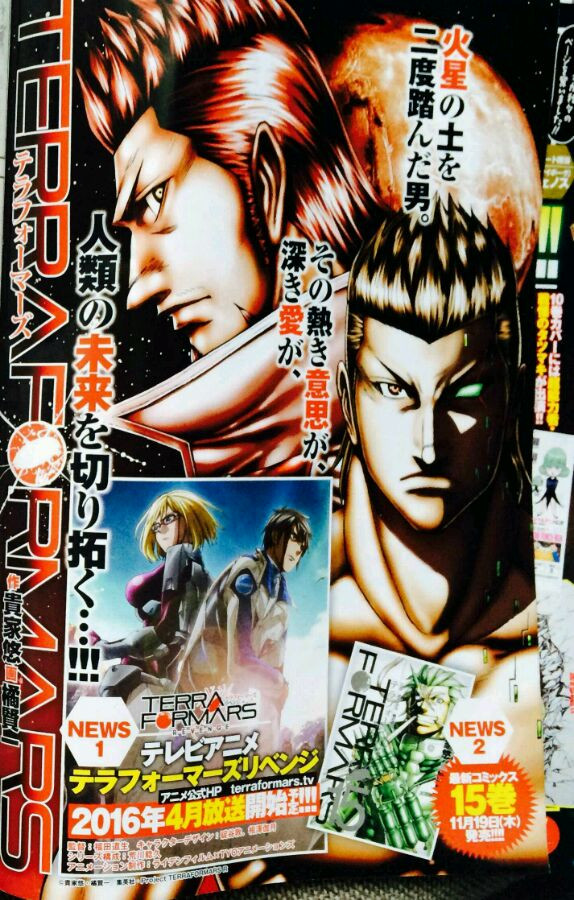 The new staff members is as follows: