Home Anime The Girls from Charlotte Prepare for Christmas 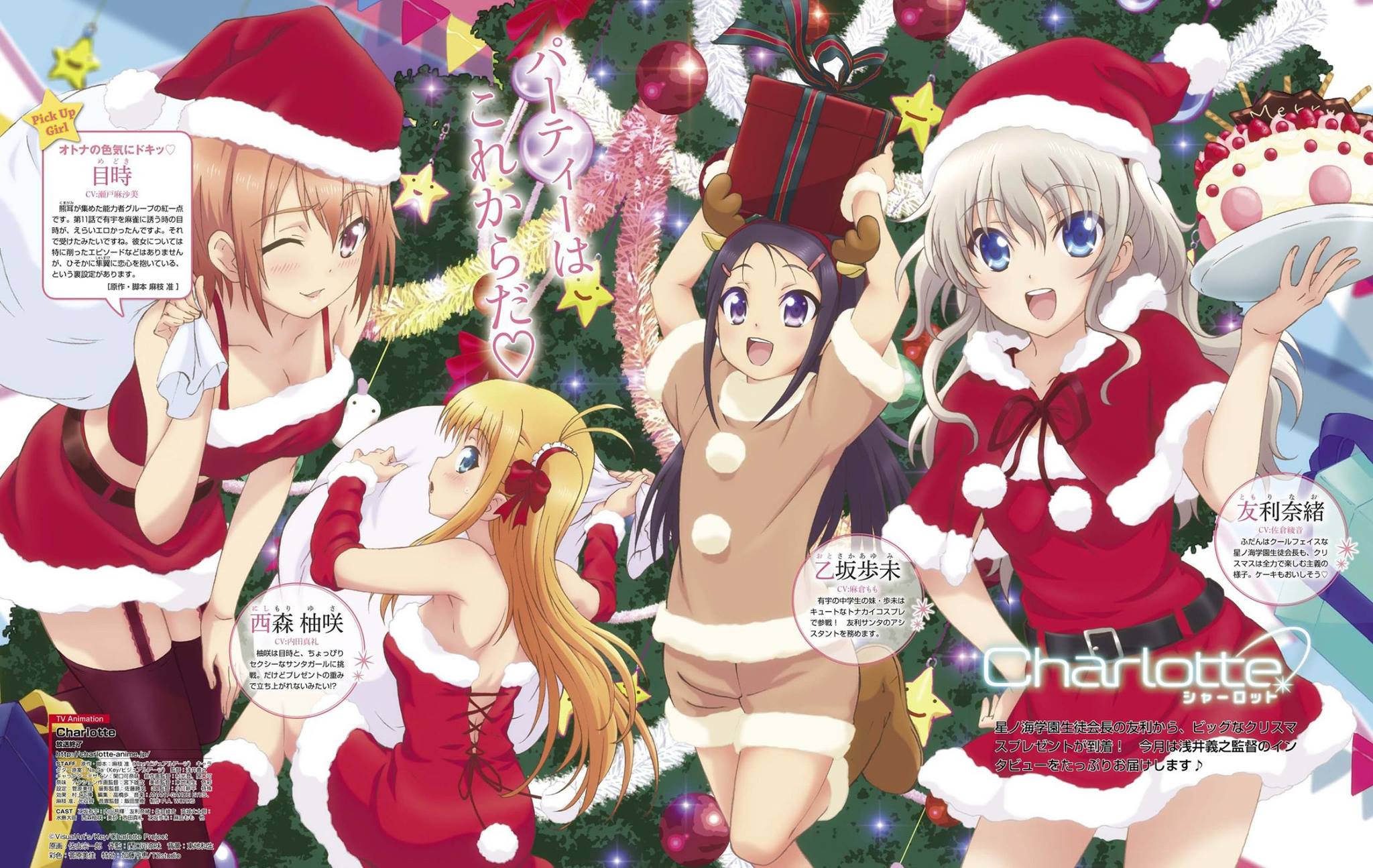 Tomori Nao has also been featured as a poster in the October 2015 issue of Megami. You can purchase this issue of the Megami magazine here and you can view the other posters that come in this issue here.

The series will be coming back with an unaired 13th episode which will be bundled with the 7th volume of the Blu-ray and DVD on March 23rd, 2016. She was also featured in the October 2015 issue of Megami. You can purchase this issuehere and you can view the other posters that come in this issue here.

In addition to this, a wonderful visual of the Charlotte anime has been featured as poster in the September issue of NewType. You can purchase this NewType magazine issue here.

A double page spread of the series was featured in the August 2015 issue of the Japanese anime magazine Animedia.

Recently a double page spread of the series was featured in the August 2015 issue of the Japanese anime magazine NewType.

Recently a new visual featuring Joujirou Takajou, Nao Tomori and Yuu Otosaka has been featured as a double page spread in the August 2015 issue of the Japanese anime magazine Animage.

Recently a double page spread where Yuu Otosaka shows off his inner Leleouch was featured in the August 2015 issue of Dengeki G‘s Magazine.