The girls from the TV anime Nurse Witch Komugi-chan R have been featured as a poster in the March 2016 issue of Megami. You can purchase this issue here (get 5% off with coupon code MOE-N3Y-4YW0QK). 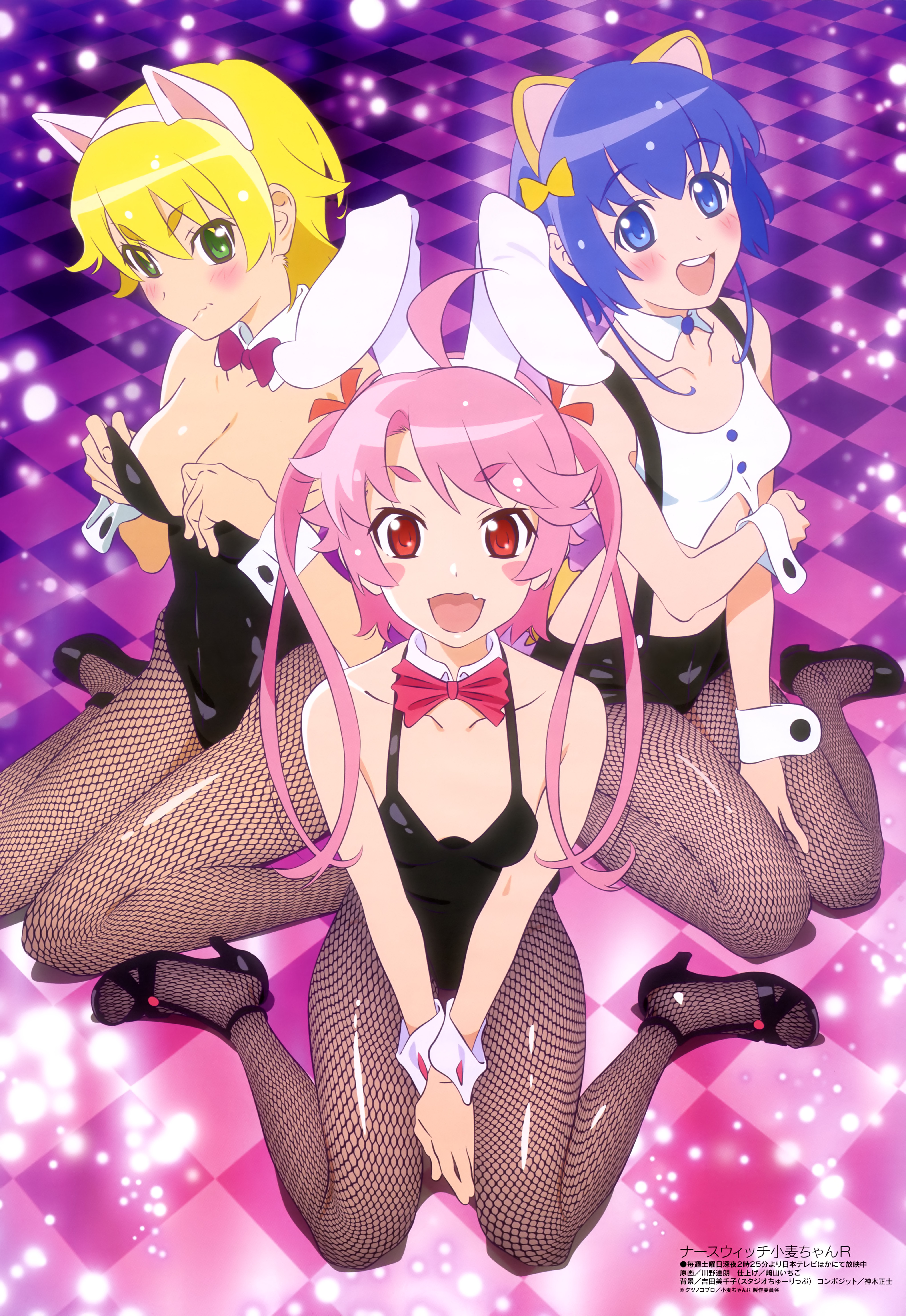 In addition to this, Komugi Yoshida has been featured as a poster in the February 2016 issue of Megami. This issue can be purchased here (get 5% off with coupon code MOE-N3Y-4YW0QK) and you can view the other posters that came in this issue here.

In addition, it has also been revealed the OP song “Ready Go!!” is performed by a newly formed unit named “Magical☆R” consisting of the three main voice actresses of the show: Kei Tomoe (Komugi Yoshida), Erii Yamazaki (Kokona Saionji) and Makoto Koichi (Tsukasa Kisaragi). The three junior high school girls are also working as idols in the story. The CD single will be released in Japan on January 27, 2016.